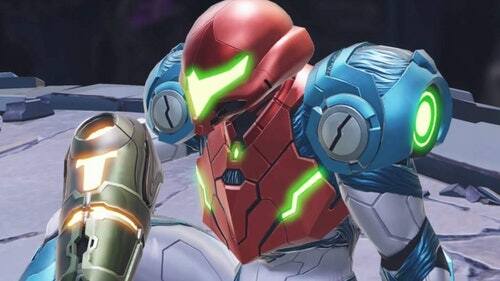 Metroid Dread is the first new 2D entry in the series in 19 years. With that in mind, this installment has brought newcomers on board, serving as many players’ first Metroid game. Most games in the series are challenging, featuring open-ended exploration, well-hidden secrets, and punishing boss battles. Since Dread doesn’t feature an easy mode (it does have a hard mode, though), the game might be a turnoff to some players. However, we’ve discovered a cheat that can be used to cheese through most of the game. You’ll need at least one amiibo to perform the cheat, along with a little patience. Here’s how it works.

The Metroid Dread amiibo offer in-game bonuses you can take advantage of. The Samus amiibo gives you a permanent Energy Tank on the first usage, while every usage afterward refills up to 200 health. The E.M.M.I. amiibo grants you additional missile capacity and refills your missiles after the first use.

You can only use these amiibo once per day, but if you alter your system’s internal clock, you can surpass the daily limit. To do so, press the Home button and navigate to the System Settings. You shouldn't close out of Metroid Dread when doing this.

Now, open the Metroid Dread application back up and press the — button. Select amiibo and then tap your figures to the right Joy-Con (or center of the Pro Controller). You’ll now be able to reap the benefits of the amiibo without having to wait an entire day. Repeat this process as many times as you like to continuously refill your health and missiles. Just make sure you don’t fully close out of the game to maximize effectiveness.

You can use this exploit in the middle of a tough boss battle to quickly get restocked on health and missiles. Never lose another boss fight again!

What are the Metroid Dread amiibo unlocks and functionality?

At first, it was thought that only the Metroid Dread amiibo would work with this game, but that’s not true. Any Metroid amiibo functions in Dread, so you can dust off your old Super Smash Bros. Samus Aran amiibo to reap the benefits in-game. Note that only Metroid amiibo work in Dread — other figures aren’t compatible.

There are eight Metroid amiibo in total, and from our testing, it seems the Samus figures grant you more health while the villains reward you with missiles. We couldn’t test all of them since we only have access to a small portion, so keep that in mind.

Below are all eight Metroid amiibo and the games they coincide with (though all work with Dread):

Being able to use any Metroid amiibo is a big deal, as the Dread figures are expensive and hard to find. But which ones are the most affordable?

Since you’re able to use any Metroid amiibo to perform the cheat in Dread, you might want to purchase the least expensive figures. Based on eBay prices, the Zero Suit Samus, Samus (Smash Ultimate), and Dark Samus amiibo are all relatively inexpensive, hovering around $20 to $30. In fact, you can get some of these figures pre-owned for even less, somewhere around $15 if you’re lucky.

Beyond that, some users have recreated the amiibo functionality to work with cards, so if you’re purely looking for the in-game perks, these are great, affordable options, as well. The Samus Returns card set is only around $17, which is a far cry from the prices of the figures.

Speaking of which, prepare to pay a pretty penny for some of the more rare Metroid amiibo figures, such as the ones from Samus Returns as well as Dread. Although the 2-Packs only retail for $30, the eBay prices have skyrocketed to over $100 in some cases. So, it’s best to stick to some of the less expensive figures if you’re concerned with saving cash. Thankfully, you have options.