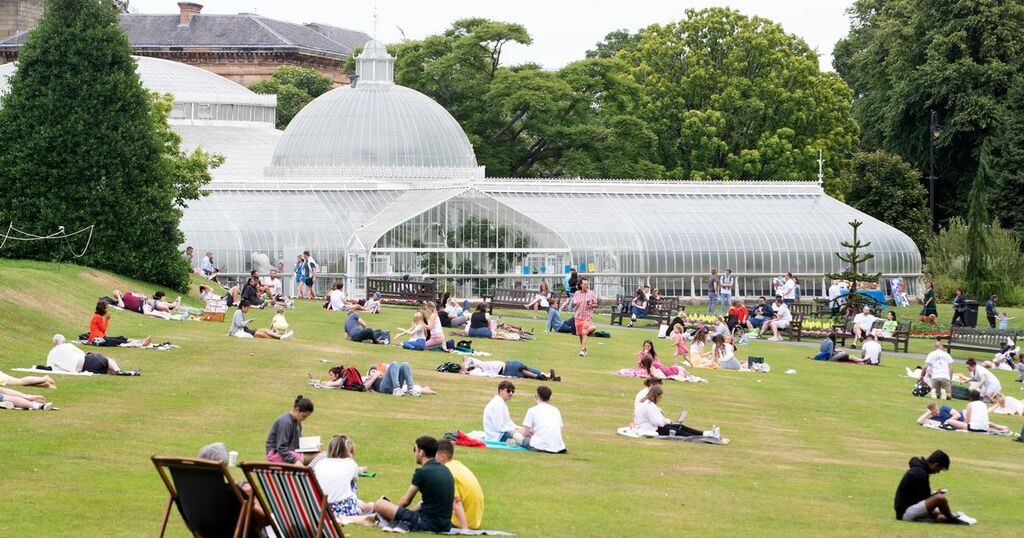 Scotland could be treated to the last of some warm sunshine this week as summer comes to an end.

The Met Office predicts temperatures to reach 20C on Thursday in some parts of the country thanks to Hurricane Larry pushing across warm air.

Forecasters say the storm, which is currently passing through the Atlantic, is 'dragging a lot of warmth' up north - which is good news for Scotland.

According to the Met Office, the east coast will experience dry weather, sunny spells and temperatures of up to 20C in Edinburgh on Wednesday, Thursday and Saturday.

Scotland's west coast, including Glasgow, will be dry and bright on Wednesday and most of Thursday until "strengthening winds with rain come later" in the evening.

The usual temperature for this time of year in Scotland is about 14C.

Met Office forecaster Alex Deakin said that there will be a "real scrap" between high and low-pressure systems around the UK for most of next week because of Hurricane Larry, reports Devon Live.

He said: "Hurricane Larry in the Atlantic is heading towards Bermuda but is not expected to make landfall and should drift up to the north-eastern edge of Canada over the weekend as it transitions from a hurricane to a more typical area of low pressure.

"It is important because it is dragging a lot of warmth and a lot of energy and it will interact with the jet stream.

"It is likely to push it to the north and will have a significant impact.

"The effect for the UK is that the jet stream is in quite an unusual position which means there is some uncertainty about whether high or low pressure will control things."

He added: "For much of next week [there will be a] battleground of high pressure to the northeast, also high pressure down to the south-west and two lows squeezing in as well.

"One bringing warm and potential thunderstorms. It is a real scrap. At the moment, the high pressure is favoured but there is quite a bit of uncertainty.

"Models run multiple times show high pressure is more probable bringing potential fine weather for much of next week, but there is that low lurking to the south that could throw up showers."

After the warmer weather on Wednesday and Thursday, rain showers are expected to hit many areas on Friday, although the fine weather will return across the weekend.

A spokesperson for the Met Office said: "Through the weekend and beyond, there is a signal for mostly fine and dry weather across southern and eastern areas, with variable amounts of cloud and sunny spells, but with the risk of overnight fog patches.

"Towards the northwest, perhaps cloudier with the chance of rain at times, which may gradually spread south-eastwards to other areas.

"Overall, temperatures are likely to be near to above average for the time of the year, but with the chance of some cool nights particularly in the north."

With temperatures forecast to reach highs of 24C in some places of the UK next week, parts of Britain could be hotter than popular holiday destination Portugal.

Temperatures in Faro are forecast to reach highs of 23C and 24C next Tuesday and Wednesday, according to the Met Office.