Met Gala 2021: The coolest looks from the red carpet 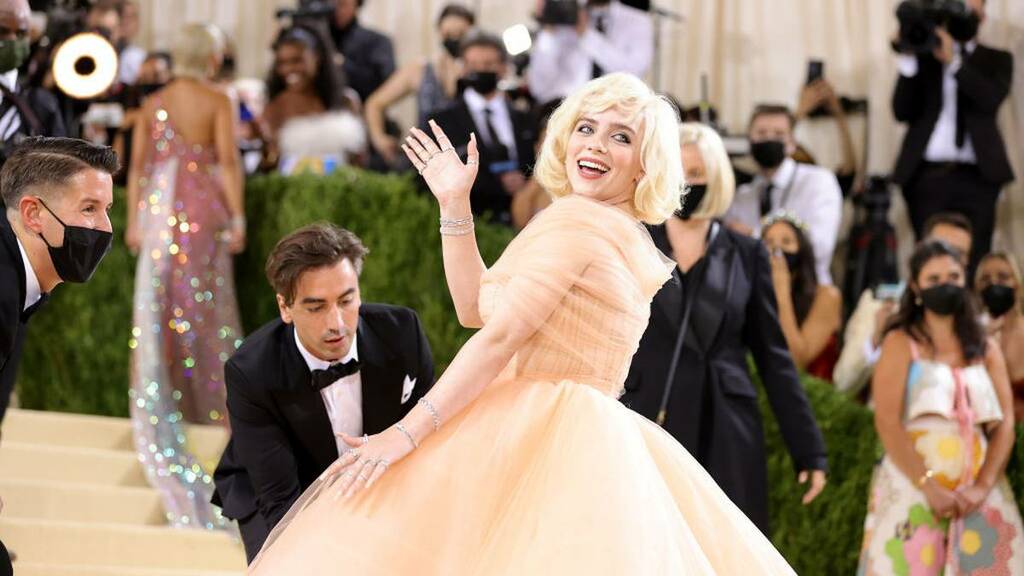 This article originally appeared on Viva.co.nz

American independence allowed a melange of sartorial references celebrating the exhibition's theme of "In America: A Lexicon Of Fashion" at this year's Met Gala.

Serving a "prettier Jesus", the singer lights up the festivities in this delicately embellished outfit from Bode using repurposed, antique pieces including the ultimate American symbol - the penny. The look is finished with a brilliant headpiece. Another great collaboration with stylist Karla Welch. - Dan Ahwa

There to oversee the night's festivities, the Vogue editor-in-chief and chief content officer for Conde Nast adds a dose of optimism in this floral confection from Oscar de la Renta. It's always good when the host sets the tone for any event, and this whimsical ensemble adds a positive spin to the occasion. - Dan Ahwa

Hot off the Venice International Film Festival where his new film Dune was premiered, everyone's crush Timothee Chalamet wears a louche cream look by Haider Ackerman (the designer dresses him regularly) that's somehow elegant and idiosyncratic all at once - with some rebellious joie de vivre provided by the socks, Converse All Stars and what may be trackpants? Zoom chic. - Emma Gleason

The Broad City comedian was one of the earlier arrivals for the night, taking on the honour of hosting the live stream of the gala, wearing a feathery gown. - Dan Ahwa

The head of fashion partnerships at Instagram adds a sense of irreverent playfulness in this Christopher John Rogers look, a kaleidoscope of colour and a nod to 60s pop art prints. - Dan Ahwa

It's always a joy to see what this guy wears on any given day, his genuine love of fashion is often statement-making and authentic. This custom Loewe outfit conveys the spirit of the theme in a personal way. - Dan Ahwa

The singer stepped out in an Oscar de la Renta dress that almost bloomed into being and commanded an entourage of train-tenders. "It was time for this," she explained, the gown - which took its cues from the Holiday Barbie and Old Hollywood - a reflection of her increasing embrace of the floaty and feminine. - Julia Gessler

The esteemed poet entered Gala in a crystal-covered cobalt Vera Wang gown with a matching book-shaped clutch embossed with the words "Give Us Your Tired", a nod to the Statue of Liberty's poem. A laurel wreath crowns her look. - Julia Gessler

Weighing in at roughly 40kgs, Simone Biles' three-in-one ensemble (part minidress, part skirt, part catsuit) by Beckett Fogg and Piotrek Panszczyk owed much of its heaviness to the hand-sewn Swarovski crystals that had the athlete look as if floating in clouds. Her glittering catsuit, composed of stars, rose her entirely above the stratosphere. - Julia Gessler

There's a generous amount of Thom Browne on show at this year's event - a joy given his groundbreaking work over his career. Pete Davidson scrubs up very well , and his unbridled personal style lends itself to Brown's oddball tailoring. - Emma Gleason

In recent years, it's not a Met Gala until Rihanna has arrived, and adding to her portfolio of grand entrances is this Balenciaga fall/winter couture look, teamed with Telma West jewellery and a Tyler Ellis bag. Dramatic and even more head-turning with her date, ASAP Rocky. - Dan Ahwa