Perhaps football has never been about football. Certainly it’s a long time since those who pontificate about the separation of sport and politics have seemed anything other than peripheral cranks (albeit an alarming number of them serve on the IOC or at Westminster). But still, the saga of Lionel Messi’s contract is so profoundly sordid that you wonder whether Ebenezer Morley, if he had known where it would lead, would ever have written the letter to Bell’s Life magazine in 1863 that led to the formation of the Football Association a year later.

Morley’s main concern was to end “feverish” disputes about the laws. That geopolitics, rapacious capitalism and a pandemic might determine the destination of perhaps the greatest player the world has ever known would have seemed like a category error. And yet while wider forces are clearly at play, sympathy for Barcelona must be limited: the announcement on Thursday that Messi would not be staying at the club may be what it appears to be or it may be a piece of reckless brinkmanship, but either way it is a story of grotesque mismanagement.

Even after the chaos of last summer, when Messi sought to activate a release clause in his contract only for it to turn out that, thanks largely to the season being delayed because of Covid‑19, he had missed the deadline, it’s clear Barça wanted to keep Messi. They had renegotiated a deal on significantly reduced wages and brought in his mate Sergio Agüero. The problem is that the club have not been able to register either because they have been unable to meet Spain’s strict financial fair play regulations (which had previously helped reinforce the dominant position of Barça and Real Madrid).

Even on his newly reduced wages of a little over €20m a year (after tax, before bonuses), there are probably only two European clubs who could afford Messi: Paris Saint-Germain and Manchester City, whose ownership models have effectively insulated them from the financial damage wreaked by the pandemic. City tried to sign him last year and could conceivably divert their attention from Harry Kane.

It’s PSG, though, who have made the first contact. Agüero may feel aggrieved if he finds himself slogging away for a diminished Barça, but Messi has been open about his desire to play alongside Neymar again. The presence of Ángel di María, with whom he has won Olympic and Copa América titles, in the squad, and Mauricio Pochettino, a fellow native of Rosario, may also be draws – even if it’s hard to see how PSG would improve their Champions League record with not one but two luxury forwards disinclined to press.

But were PSG to land Messi, it would be the ultimate vindication of their decision in 2017 to sign Neymar for a world-record fee of €222m. That wasn’t just a statement signing. It didn’t just make the point that, essentially, they were rich enough to do whatever they wanted. It didn’t merely earn the club a new swathe of fans in Brazil and beyond (although how much that actually means financially is open to debate). It also inflated the market, loosening the stranglehold of the traditional elites. Who could afford to compete?

Not Barcelona who, rattled, made the same mistake as they had after losing Luís Figo to Real Madrid in 2000. They had lost a big star and so they needed a new one. There was little thought of how €222m might best be used, just an urge to spend. What has followed has been as bad a run of signings as any major club has made: Ousmane Dembélé for €135m, Philippe Coutinho for €135m, Antoine Griezmann for €120m, Miralem Pjanic for a notional €60m (signed, in a swap with Arthur, as a transfer of convenience rather than as a player Barcelona necessarily wanted), Malcom for €41m, Paulinho for €40m, Nélson Semedo for €35m … Not even a modern superclub can survive such a litany which, along with other mismanagement, has left Barça with a debt well in excess of €1bn.

That there are consequences for that should surprise nobody, but it may be that the Spanish League has been stricter than it might otherwise have been because of Barça’s attempt to walk away last season and form a Super League (they are one of the three clubs still to abandon the project).

In that regard the timing of Barça’s announcement feels telling, coming a day after the league had announced the sale of a 10% stake to CVC Capital Partners for €2.7bn – a deal Barça and Real Madrid were the only clubs to oppose. Messi, clearly, is a huge part of the league’s commercial appeal: you don’t have to be a conspiracy theorist to wonder whether CVC may not urge La Liga to find some workaround that allows Messi to stay.

And behind it all lie the forces that prompted the proposed Super League: an established elite disdainful of the needs and interests of their domestic rivals, resisting the emergence of new wealth whose investment is aimed more at enhancing their image than at more traditional goals and to whom the usual financial rules don’t apply.

Perhaps this is a desperate gamble by Barça, it will pay off and Messi will remain at the Camp Nou (although whether clinging to a waning 34-year-old is the best use of the CVC payout is debatable).

But it’s just as likely he will move to Paris, a trophy signing for football’s new elite. 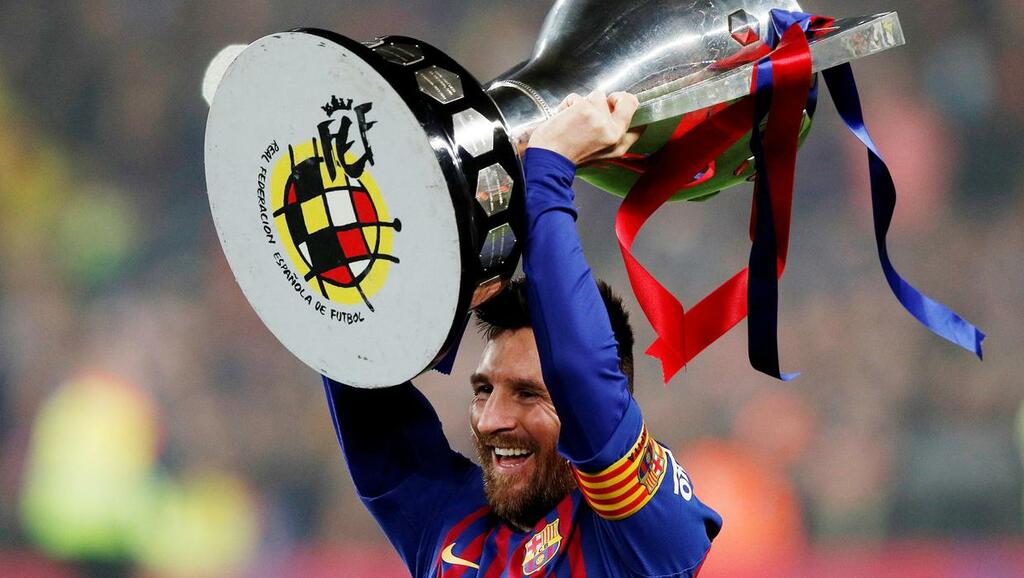 The Catalan giants made a shock announcement on Thursday evening.

Lionel Messi's exit from the Camp Nou has left the world flabbergasted and shocked, yet there has been little to…