Men left 'in agony' waiting too long for life-changing surgeries 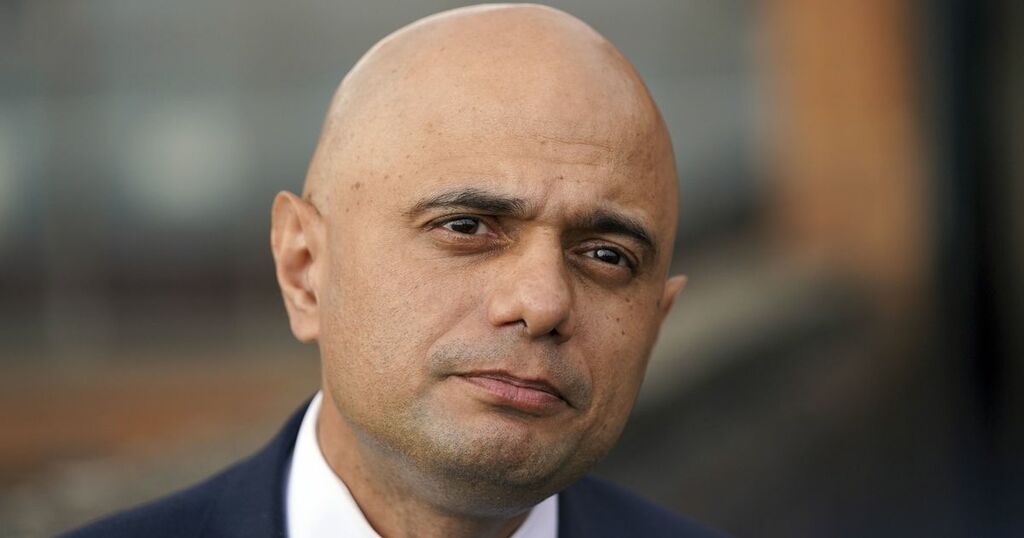 A man waiting for life-changing surgery has signed a letter to health secretary Sajid Javid claiming the NHS has failed to provide its services.

Liam Lancaster-Smith, 26, from Wirral, is one of more than 100 people signing the letter complaining about the state of trans healthcare and gender-affirming surgeries.

The letter from advocacy organisation TransActual, delivered to Sajid Javid and his Conservative colleagues on Thursday, September 2, highlights the long waits and lack of communication causing major pain and distress to people waiting for phalloplasty and metoidioplasty surgeries.

READ MORE: Girl, 12, in isolation after 'hips too wide' for pleated school skirt

Phalloplasty and metoidioplasty are multi-stage gender-affirming surgeries used to create a penis, often sought by transgender men and non-binary people.

These surgeries are often referred to as ‘bottom surgery’.

Phalloplasty uses a large skin graft from another part of the patient’s body to create the penis, while metoidioplasty reshapes pre-existing genital tissue from the clitoris.

The withdrawal of access to these surgeries is unrelated to the ongoing coronavirus pandemic.

St Peter’s Andrology Centre, the sole provider of NHS bottom surgery in the UK, stopped carrying out the procedures in April 2021 after losing their contract with the NHS.

Since then, patients have been ‘waiting in limbo’ as they anticipate their first, second or third stage surgeries or corrective surgeries to relieve pain and discomfort.

The letter reads: “As expected, the performance of these surgeries was paused at the start of the COVID-19 outbreak. However, whilst most ‘elective’ surgeries re-started in April this year, phalloplasty and metoidioplasty did not.

“These further delays were not caused by COVID-19, but occurred due to a decision by NHS Specialist Commissioning to withdraw the contract to perform these surgeries from St Peter’s Andrology Centre, the only UK based surgical team commissioned or able to provide them.

“This has resulted in hundreds of men and non-binary people facing an indefinite wait to undergo these life-saving operations, with some now ‘stuck’ between stages of surgery, and others desperately awaiting surgery to repair painful and life-limiting complications.

“When we first asked for information about the situation, we waited months for a response. When the Gender Dysphoria Referral Support Service did write to us, they told us that they were close to finalising the contract and expected completion in July 2021. It is now September and there remains no NHS provision of phalloplasty or metoidioplasty.

“The current situation is a nightmare for trans men and non-binary people and we ask you to urgently put measures in place to support us.”

Wirral’s Liam Lancaster-Smith lends his voice to the letter, putting pressure on Sajid Javid to provide immediate support for the transgender community.

Liam, who started his transition journey aged 22 while serving in the army, has spent 'tens of thousands of pounds' on healthcare, often resorting to private healthcare to reduce only slightly the 'agonising' NHS times.

Liam was referred to St Peters Andrology Centre and was put on the surgery’s waiting list in November 2019 after an 18 month wait for a referral.

He was told he would have to wait approximately 12 months for stage one phalloplasty but almost two years after initially being put on the waiting list, he is yet to receive a date for his surgery.

Liam said the agonising wait for trans healthcare makes him ‘want to rip off [his] own skin’.

He told the ECHO : “It’s diabolical they describe this surgery as elective.

“You jump through so many hoops and go through so much pain to get to who you want to be.

“It’s almost saying being trans or being gay is a choice. It’s not a choice.”

Liam, who began his transition journey while serving in the army aged 22, said he feels ‘lucky’ to have support from trans-friendly healthcare professionals.

However, while he praised the work of surgeons and the colleagues, he expressed dismay at the ‘fundamentally difficult’ system of accessing trans healthcare, which often consists of years of countless hurdles to receive an initial consultation appointment.

Liam added: “I always try to help younger trans people see hope, but it’s hard to do that for them when the waiting times are so long.

“If you want to access hormones, it could be six or seven years, which feels like a lifetime.”

Now Liam, and more than 100 other men and non-binary people, wait in limbo with little communication from the NHS about when they can expect their life-changing surgeries.

Liam added: “The only thing I can do is carry on and wait until it happens.

“There’s nothing I can do about it, and it’s excruciating.”

The Liverpool ECHO contacted the Department of Health and Social Care for comment.

A spokesperson said: “Providing safe and effective care for all patients is a priority.

“We are working closely with NHS England to secure a new provider for this service, which will be in place as soon as possible.”