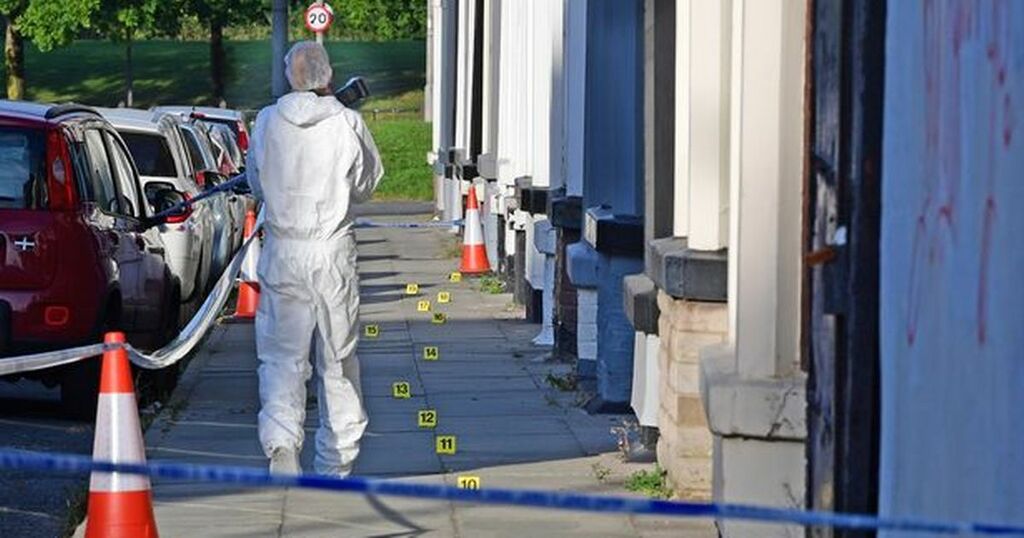 Two men gushing with blood turned up at a hospital this morning after being shot.

Police have confirmed one man in his 30s and another in his 20s arrived at the hospital at approximately 12.50am with severe gunshot wounds.

A crime scene on Kirkdale Road, Liverpool, has been established after it is believed that the men were shot in the area, reports Liverpool Echo.

Images from the scene show a trail of blood leading straight along the street.

Forensic officers have been in attendance at the scene and have been collecting evidence since early this morning.

Both men suffered shot wounds to their hands and legs but police believe their injuries are non life-threatening.

A spokesperson for Merseyside Police said: "Detectives are investigating following an injury shooting in Kirkdale in the early hours of this morning, Wednesday 8 September.

"At around 12.50am, two men, one in his 30s and one in his 20s, attended at the Royal Liverpool University Hospital with non life-threatening gunshot injuries to their hands and legs.

"Enquiries have confirmed that the incident is believed to have happened in the Stanley Road area."

A police scene has been set up both at Stanley Road and the Royal Liverpool University Hospital as detectives investigate the shooting.

The cordon in Kirkdale stretches from Fountains Road to Crocus Street on Stanley Road, and along a section of Pansy Street.

He said: "We’re working to piece together exactly what happened and so are keen to speak to anyone who was in the vicinity of Stanley Road and Pansy Street around midnight and saw or heard anything, either the shooting itself or any people making away from the area, and vehicle details.

"To have such success it is absolutely vital that we get all information from those communities who feel the impact of gun crime, so we can bring those responsible to justice.

"Speak to us directly or anonymously and we will take swift action."