Pills should not be the go-to option for kids' sleeping issues, doctors say 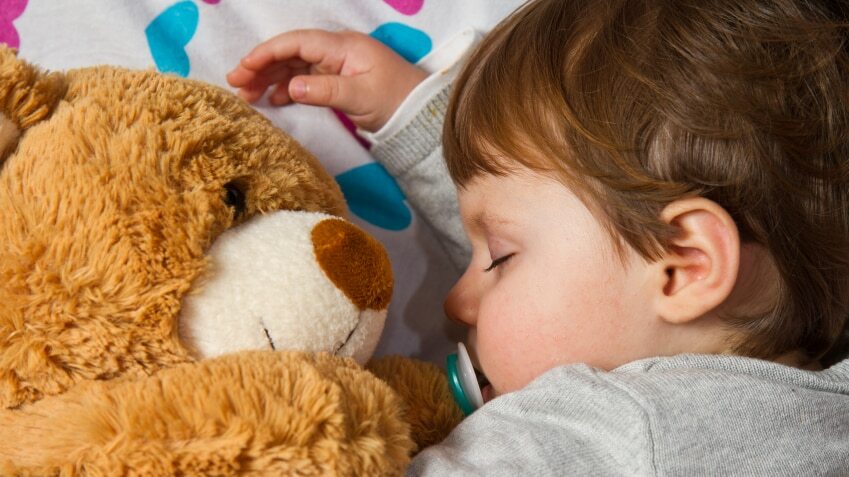 Melatonin is a natural hormone the brain produces as the sun goes down.

In Australia, medical-strength melatonin is available over the counter for people aged over 55 who have sleeping issues, but requires a prescription for anyone younger.

Melatonin is sold cheaply on overseas shopping websites, but doctors are urging parents to be cautious and to not use it as a go-to fix for children who have trouble falling asleep.

While homeopathic melatonin supplements can be bought off the shelf in some Australian shops, the active melatonin ingredient is heavily diluted and there is little evidence that the pills have any effect.

The promise of the hormone is that once a dose is given, the child will go to sleep more easily and reduce the stress on the whole family.

Paediatrician and group head of health services at the Murdoch Children's Research Institute Harriet Hiscock says she will prescribe melatonin, but not as a first choice.

"These are typically children who have underlying developmental problems, for autism in particular, and [the parents] have tried behavioural sort of approaches and they haven't worked," she said.

"It's not great to use it where you haven't gone through a health professional to have a discussion to try other things which don't involve melatonin."

Dr Hiscock said while it was a "pretty safe" medication to use, there were other options.

"You can use behavioural strategies instead and two weeks later your kid is sleeping a lot better and doesn't need to be on melatonin every night," she said.

No long-term data on side effects

But he said the long-term effects were unclear and that it simply would not work for some children.

"[Some] children can get nightmares, bed wetting or have grogginess the next day," he said.

"There's concern from animal studies about melatonin's effect on pubertal hormones and ovaries and testes, but we don't have the answer for the effect in humans.

Both experts said a child's sleep issues might be caused by anxiety, worries about their schooling or simply because they were in the habit of going to bed late — all things a parent could address without the use of melatonin.

Dr Hiscock warned that those buying melatonin online needed to pay attention to the dosages and ideally speak to a health professional before buying.

"With those websites, there's no guidance to dosing and you can get anything from one milligram to 10 milligrams of melatonin," she said.

A 2017 report in the Journal of Clinical Sleep Medicine found the dose of melatonin in products sold online varied as much as 465 per cent.

Are sleep issues getting more common?

It is not clear how many Australian children take melatonin, but the same report found that in the United States – where it can be bought over the counter – total sales more than doubled between 2007 and 2012 to 3.1 million users.

Dr Hiscock said it was hard to know whether parents were less tolerant of sleepless children, or were just more willing to discuss the challenge.

She said the rise of technological devices could be contributing to the problem.

"We know that the blue light from iPads and computers block the natural melatonin made in our brain," Dr Hiscock said.