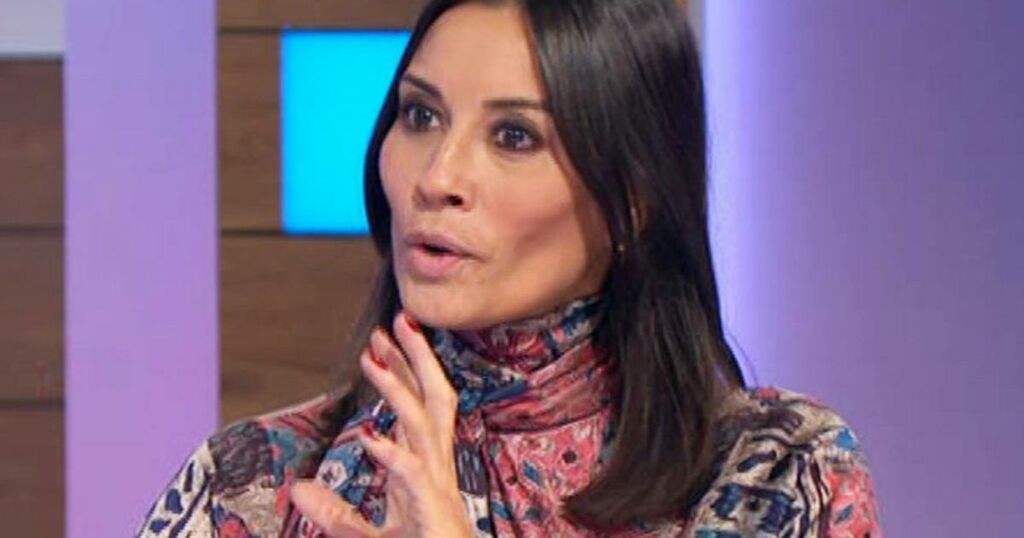 Melanie Sykes has opened up about the moment she realised that she was autistic on Loose Women today.

Joining panelists Charlene White, Coleen Nolan and Penny Lancaster on the ITV daytime show, she explained that she felt great after being diagnosed at 51.

Quizzed on when the penny dropped that she was autistic, she replied: "They're still dropping, every day.

She went on to say that she had been working on a documentary with Harry Thompson, who is autistic, on the failures of the education system when he began to suspect that she might have an ADHD or autism profile.

"Ten minutes in he thought I might have an DHD profile, and autistic profile because of how I was," she said. "I know now what makes me autistic and it's the fabric of me... and I think I'm fantastic!"

"I'm here for everyone who's autistic," she said. "It's a good thing, because it's not a disorder... it's the things that we can do!"

Asked what she would have done differently if she had been diagnosed earlier, she said: "I would have asked for more of what I needed... there was a lot of sensitivities that I would have dealt with."

It comes after the mother-of-two spoke out earlier this month about her diagnosis for the first time.

Taking to social media, the star penned: "This week has been truly life-changing. Or rather, life affirming.

"As many of you may or may not know, I was diagnosed with autism late Thursday afternoon.

“And then, finally, so many things made sense.”

Melanie admitted that her diagnosis has come as huge relief to her, and she is now celebrating the fact that she's autistic.

The TV star continued: “I cannot begin to tell you the sense of relief this is for me and how much I celebrate this diagnosis.

“I now have a deeper understanding of myself, my life, and the things I have endured.”

She went on to describe how working on live TV hasn't always been easy for her due to her 'sensitivities'.

"The sensitivities around working in television have come up," Melanie admitted.

"I have always struggled with earpieces – what they call ‘talkback’, where you hear what the director says.

"I have often accidentally responded to the director in my ear, live on air, as I cannot juggle the person I am interviewing and the person in my ear at the same time."