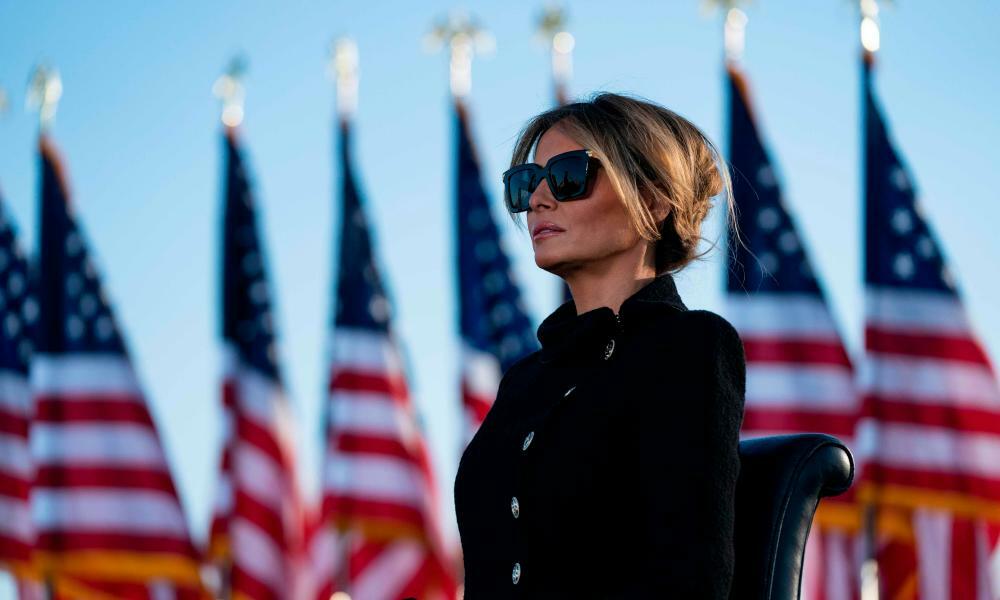 Say what you like about Melania Trump, the woman is consistent. She displayed zero interest in being first lady in 2016, and it seems she has zero interest in being first lady ever again. According to mysterious sources who recently spoke to CNN about Melania’s mindset, she has no desire to ever return to the White House. Should her bitter half decide he wants to prove the losers and haters wrong and run for president in 2024, she won’t be accompanying him on the campaign trail. Instead, CNN reports, one of his adult sons’ partners will probably do the honours.

Could Donald Trump really run for president again? In an April interview with Fox, he said he was “100% thinking about running again”. In May he told the rightwing media personality Candace Owens that “people are going to be very, very happy when I make a certain announcement”. And just last week it was reported that congressman Jim Jordan said Trump was “ready to announce after all of this craziness in Afghanistan”.

Say Trump did run again – could he win? While I’d love to laugh at the idea, it’s not impossible. He could certainly win the Republican nomination: a poll in February found 54% of Republican voters would back Trump in the 2024 Republican presidential primary. Mike Pence was the second-favourite, and he only got 12% of the vote. If the election were held now, a recent Emerson poll found, Trump would narrowly beat Biden, whose approval ratings have recently tanked.

But anything could happen in the next few years. At Trump’s inauguration, Melania reportedly masterminded “Operation Block Ivanka” to ensure the president’s daughter didn’t steal her thunder. If Melania’s serious about not wanting a second go at being first lady, perhaps it’s time for Operation Block Donald.

• Arwa Mahdawi is a Guardian columnist