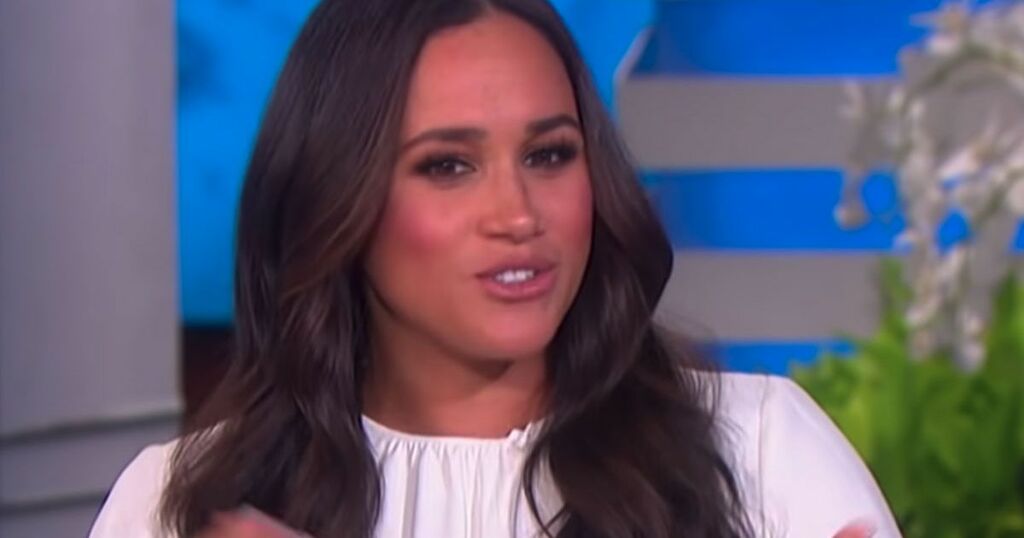 Meghan Markle has revealed that she and Prince Harry dressed their kids up for Halloween this year.

The former Suits star, her husband and children stayed home for the holiday - ready to welcome trick or treaters - and the family got into the holiday spirit by dressing up in fun costumes.

Son Archie transformed into a dinosaur and little Lilibet was a skunk for the home bash, and Ellen Degeneres was able to see the kids in their sweet ensembles when she visited the Mountbatten-Windsor brood.

The Duchess of Sussex shared the information as she was being interviewed by Ellen and in a preview clip of their chat, which will be air in full on Thursday, Meghan revealed that the duo saw each other on Halloween.

Meghan said: "We were home and we saw you guys, which was great. But no, we wanted to do something fun for the kids and then the kids were just not into it at all.

Ellen then tells how Harry persuaded Archie, two, to put his dinosaur costume on, saying: "Finally Harry talked him into putting the head on. But Lili was a skunk... it was so cute."

Meghan replied: "She was a little skunk. Like Flower from Bambi."

It is the second major interview that Meghan has made since she and Harry moved to the US last year, with her being highly critical of the Royal Family during the chat with Oprah Winfrey.

Earlier this week, Talk show host Ellen confirmed Meghan would be appearing on her show on her official Twitter account.

Tweeting a teaser clip of the interview, Ellen wrote: "A lot has changed since the last time Meghan, The Duchess of Sussex, was on the Warner Brothers lot. Don’t miss the rest of our interview tomorrow."

In the preview, Meghan recalls visiting the set, where The Ellen Show is filmed, to audition for roles during her acting career.

She speaks about the Ford Explorer she used to drive, which had a key that often stopped working meaning she had to climb into the car through the boot.

Meghan also jokes about how when she was an actress, the security guards at the film set would tell her "break a leg" as she turned up for auditions, and adds: "The drive in today was very different."

In the clip, Meghan wears black trousers with matching heels and a white Oscar De La Renta shirt with cut out detailing on the sleeves for the interview.