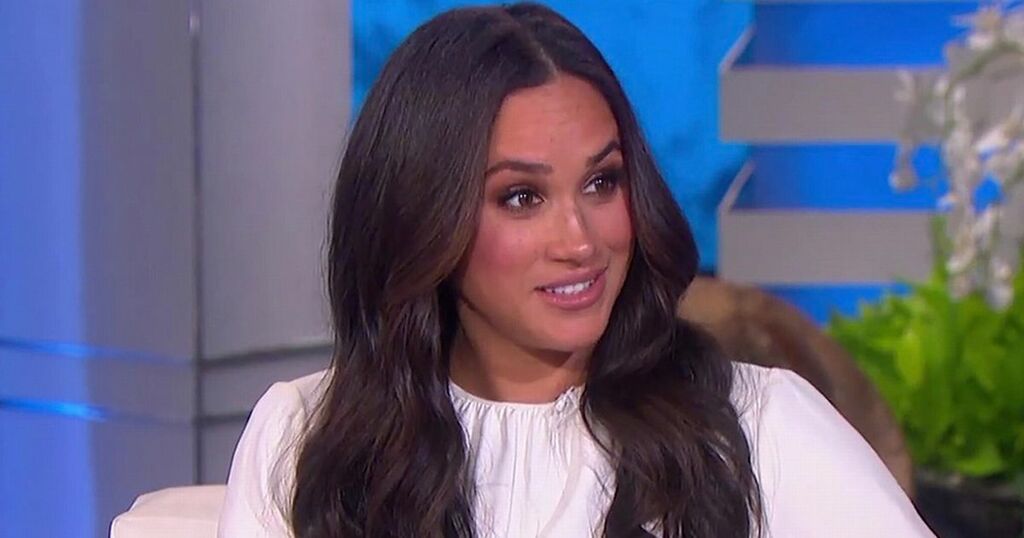 Meghan Markle was compared to an infamous Celebrity Big Brother moment involving George Galloway and Rula Lenska, when her appearance on The Ellen Show was discussed on This Morning.

The Duchess of Sussex sat down with Ellen DeGeneres yesterday to speak more about her life and part of her appearance on the show was a 'prank' in which Meghan miaowed like a cat and lapped up milk.

It was Meghan's first interview since the Oprah bombshell one and This Morning hosts Alison Hammond and Dermot O'Leary was joined by Gyles Brandreth and Georgia Toffolo to discuss the impact the interview has had.

Gyles said that he felt Meghan is “living her California dream” and thought the Ellen interview was “fun” but he was critical of the skit that Meghan and Ellen did as it gave him echoes of George Galloway, and that wasn't an impression Meghan should be giving off.

"We didn’t get that both of them in their time have been accused of bullying and that things have been investigated about that, and we haven’t had the outcome in either case but the Ellen show will be ending next year, so it was cosy time, it was them having fun together telling larky stories about larky times, and why not.

"As years go by we are bound to see more and more of our lovely Meghan being full of fun."

Dermot was sceptical about the whole premise, with Meghan mean to be promoting her new book: “It seemed to be an interview not about anything, I don’t really understand why we are even talking about it”

Sharing her thoughts, Toff said: “She seemed really relaxed, it was nice to see her like that, however I found the skit that she did with her ear piece really quite painful.

"I’m really quite a big fan of those skits especially when Ant and Dec do them on Saturday Night Takeaway, honestly it makes me cry with laughter and I think what the problem is for me as that we all know that Meghan and Harry have moved away from the UK over to California, which is a strange choice in my opinion but they were yearning for more privacy.

"Now, when you are pretending to be a cat and miaowing on the US flag ship show, it doesn’t scream ‘I want more privacy’ to me, which is probably why I am split on the whole interview."

Gyles said: “I agree, I thought there was an uncomfortable touch of the George Galloway and Rula Lenska in the big house about that, which I found a little bit creepy but the truth is that she can’t win now.