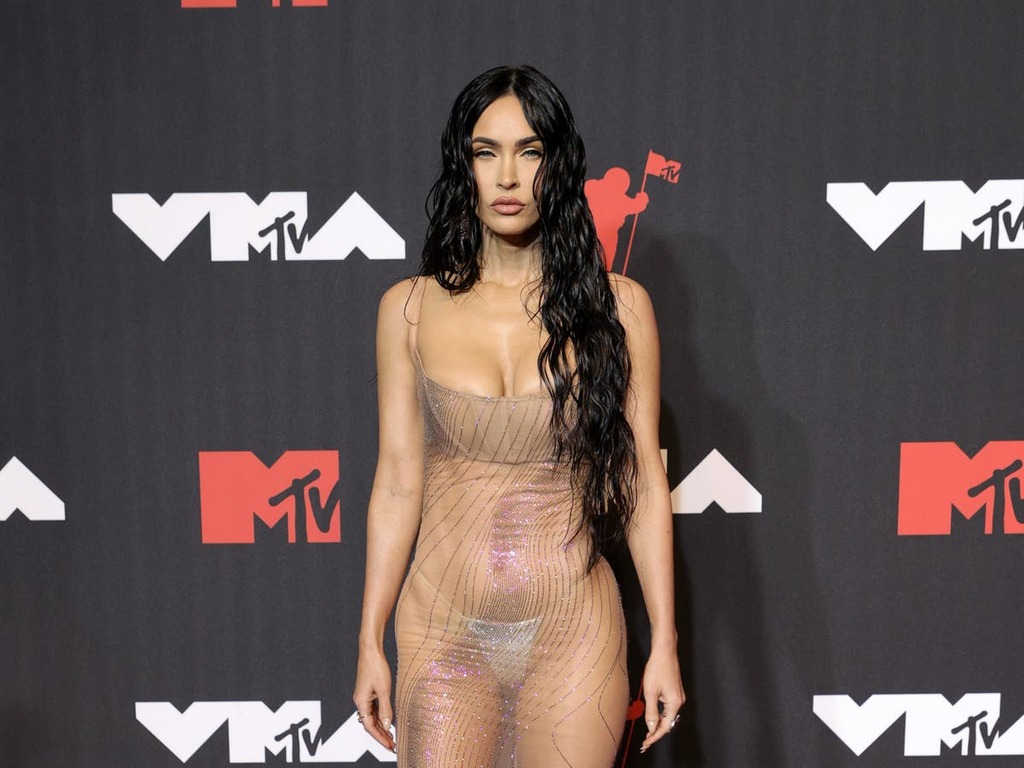 Nothing gets the internet’s attention quite like an iconic red-carpet look, and Megan Fox was adamant to give fans plenty to talk about at the 2021 MTV Video Music Awards.

The actor arrived at the award show in one of the most daring looks from the night; a completely sheer skin-coloured Thierry Mugler dress and a bedazzled thong.

Central to a see-through look is the choice of undergarments. Fox opted for a diamante-embellished thong which perfectly complimented the rhinestone details of her dress.

To complete the look, her black hair was styled in loose, wet-look curls.

As expected, fans rushed to Twitter to praise the look. “Megan Fox at the VMAs is what you NEED to see right now,” one person tweeted. Another wrote: “Megan Fox and Mugler are truly an iconic duo.”

Some were less impressed and compared Fox’s outfit and hair to Kim Kardashian’s appearance at the 2019 Met Gala, when the Keeping Up With The Kardashians star also wore a nude Mugler dress paired with wet hair.

“Love me some Megan Fox but she just ripped off @KimKardashian met gala look from a few years ago,” one fan said.

Others noted that Fox’s look was reminiscent of Rose McGowan’s sheer dress from the 1998 VMAs.

The event marked the latest red-carpet appearance from Fox and her partner, singer Machine Gun Kelly, who have been dating since May 2020.

Kelly also opted for a bold look for the awards show, arriving in a red metallic Dolce & Gabbana suit, with a matching red shirt. He finished the look with a pair of black, patent dress shoes.

Sunday’s awards show is not the only time Fox has walked the red carpet in Mugler in recent months.

In May, the actor quickly began trending on Twitter after arriving at the Billboard Music Awards in a black cutout dress from the designer, which featured a criss-crossed halter neck and a sheer tulle skirt.