It’s so hard getting good pictures at night. I dunno how actual photographers do it, ‘cos honestly, I’ve basically given up. If something cool happens at night, I don’t even bother reaching down for my phone, resigned to the fact that any pic I snap will turn out looking as pretty as a dropped lasagna.

This is why I’m particularly excited for the Samsung Galaxy S22 Ultra, which has a super sophisticated Night Mode feature that rivals some of the best cameras on the market.

Recently, Optus and Samsung challenged Sydney photographer Pat Stevenson, an industry veteran, to snap some night shots around Sydney at night using the new S22 Ultra — watch the video below to see how it went:

After the shoot, we caught up with Pat to find out more about the man behind the lens. 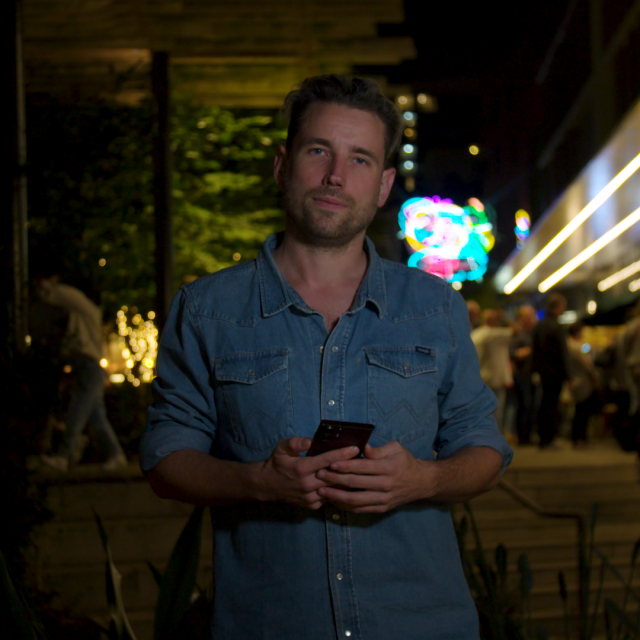 PTV: Hey Pat, why do you love the night (and shooting at night)?

Pat: All the weirdos come out at night, I love the characters that emerge once the sun sets. Also, it’s more of a challenge to shoot when there’s a lack of light, artificial light is great to experiment with and get creative.

Why is shooting at night so hard?
A photograph is a still image that captures light, and night time is the absence of light — without light there’s no photograph. This is the challenge that all photographers face and I love overcoming the challenge.

Corny origin story question: why did you first pick up a camera? How did you get to where you are today?

I was once lined up at the Greenwood for Sounds on Sunday back in 2007, I noticed the photographer cut the line and got straight in, I think they even gave him drink cards. I figured I would take my brother’s camera the following week and give it a go… it worked.

How did I get to where I am today? I worked really really hard, shooting events and club nights from Tuesday to Sunday each week for years. It paid off. 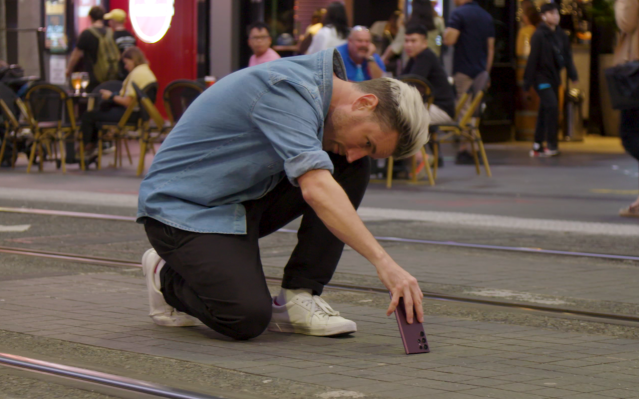 What do you think camera technology – and photography in general – might look like in the coming decades?

The exponential rate of the advancement in camera sensors is mind-boggling. Think how awful photos looked from smartphones just 10 years ago — look at them now. Those sensors are tiny as well. We are going to see huge advancements. Think about being able to change your camera sensors after the photo is taken, missed focus on a shot? No worries, with smart photos you can dynamically change your focal plane.

I know this is gonna be a tough ask, but do you have a favourite ever photo?

It’s so hard to pick just one photo, here’s some of my faves: 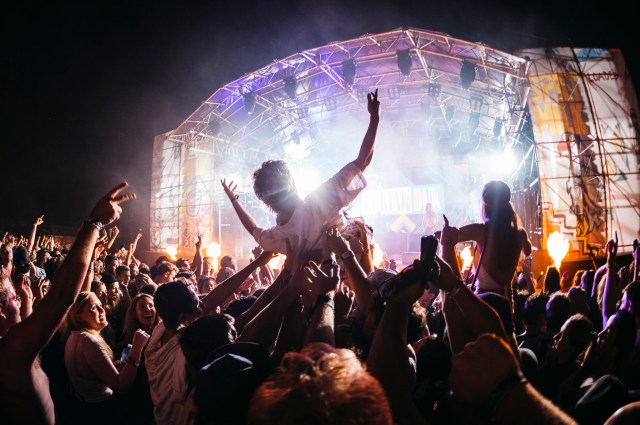 Spilt Milk 2016 with Peking Duk. After shooting on the stage during the Peking Duk show I ventured out to the crowd to see what I could capture, next thing I realise Ivan Ooze — who was a guest vocalist with Peking Duk — had leapt into the mosh and started crowd surfing. I love this photo because it encapsulates the energy from the point of view of a punter in the crowd, it makes you feel like you’re right there. 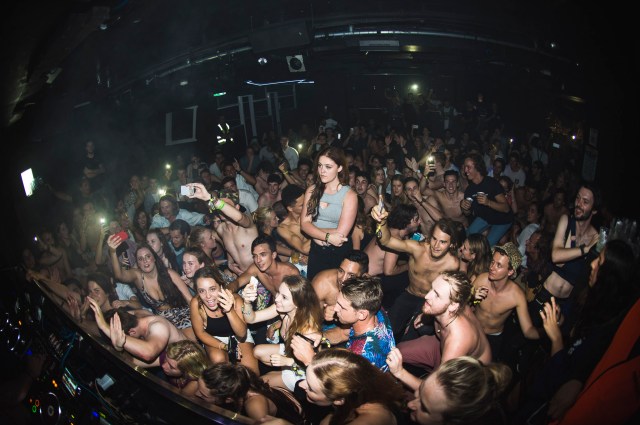 During a surprise set at the now shut SOHO in Kings Cross, the Peking Duk lads commanded the crowd crouch down during the build up. One girl was defiant and rebelled their request. Either she hated being there or had some knee issues. 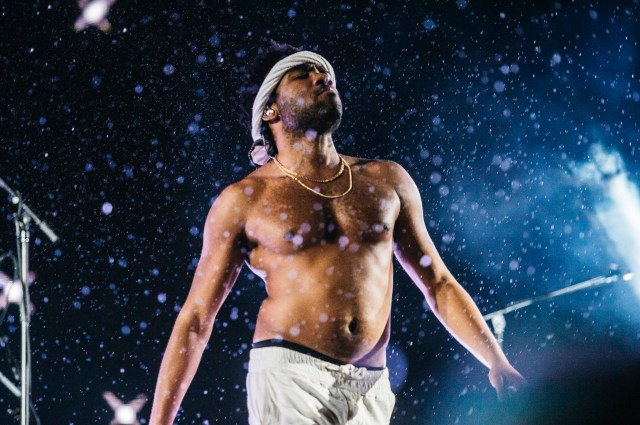 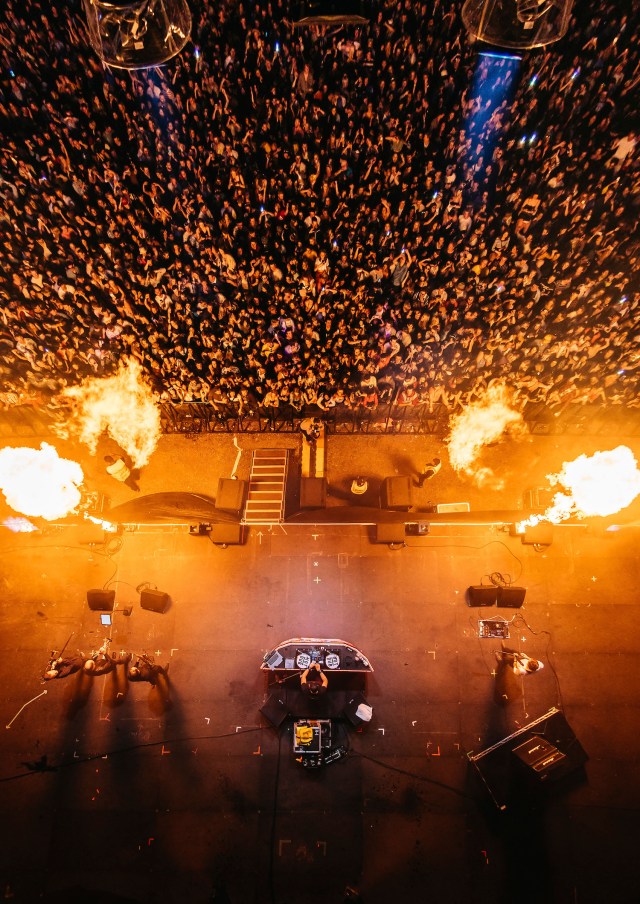 I strapped a camera with a remote to the lighting truss and triggered it as Hot Dub Time Machine launched into his set.

How would you describe the perfect photo?

The perfect photo makes you want to stare at it, each time you look at the photo you discover something new. You want it to guide you in and sell you a story, a sense of emotion or a moment frozen in time.

The post Meet The Photographer Who’s Been Capturing Sydney’s Nightlife For 15 Years appeared first on PEDESTRIAN.TV . 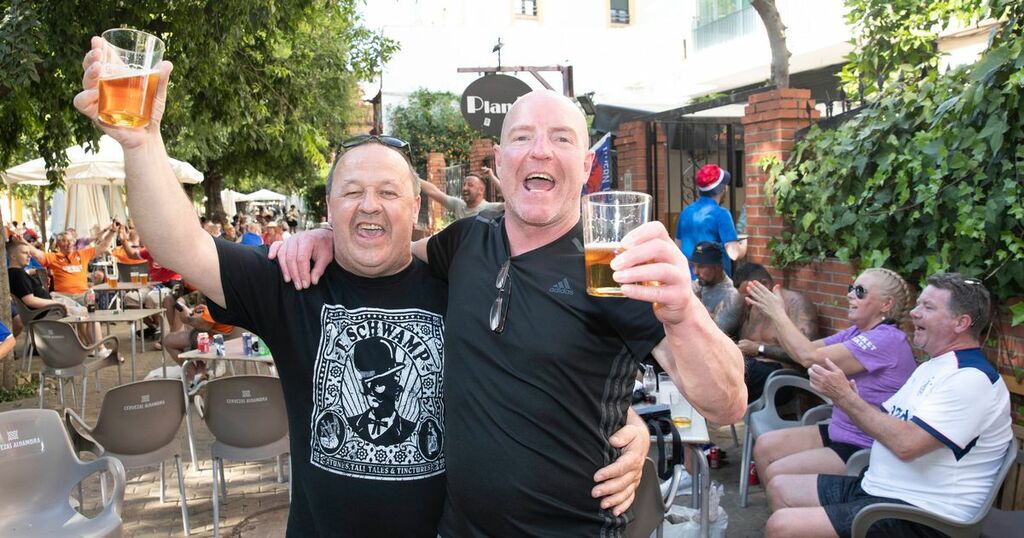 Rangers fans who haven't spoken in 15 years reunited after chance meeting in Seville pub
Jake Quinn, 55, and Gary Craig, 56, grew up together in the East Lothian town of Dunbar and remained firm…

The Kooks coming to destroy.