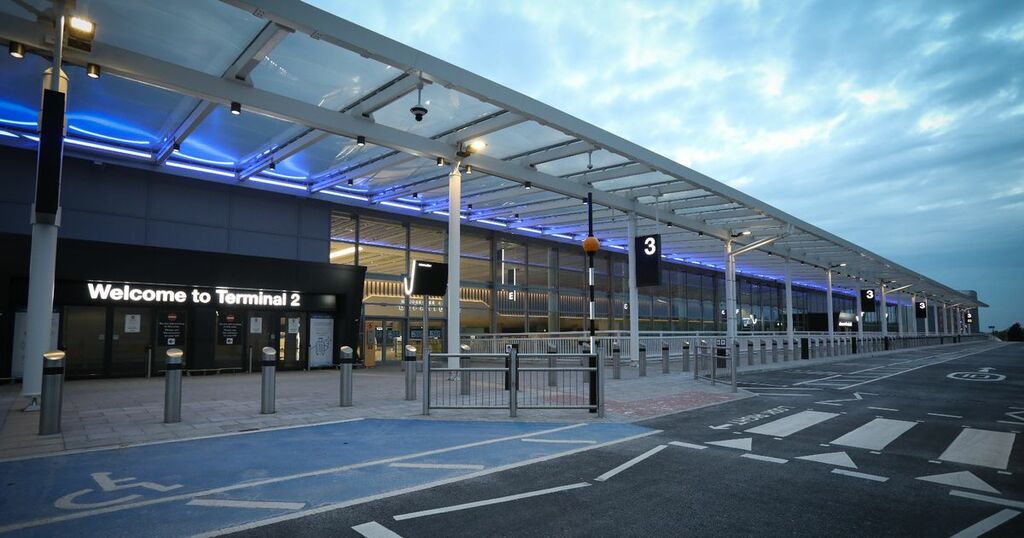 Planes were left circling unable to land at Manchester Airport after a passenger medical emergency forced it to close for just under an hour.

Flights were diverted on Sunday evening after the major international airport temporarily shut to arrivals, forcing an inbound Ryanair flight from Ibiza and a British Airways arrival from Heathrow to circle.

The airport said a medical emergency involving a passenger was behind the closure between 9.05 to 9.45pm, as passengers claims it forced queues to back up.

Expert airfield firefighters trained to help with the situation rushed to the passenger's aid.

Flights had to be paused for around an hour while the specialist crew was diverted away until the North West Ambulance Service (NWAS) was able to take over.

A number of arrivals were diverted away from Manchester towards London Heathrow and the East Midlands, while some passengers were reportedly told that their flights from Manchester could not take off, according to the Manchester Evening News.

Flight tracking website FlightAware showed a number of flights including Ryanair services circling the area, before making their final approach.

The airport reopened just before 10pm, but some claimed the drama had lead to a bottleneck.

One Twitter user who said she was at the airport wrote: "Currently in 1000+ person queue to get through border control... No updates and no staff around?"

Manchester Airport said there had been a medical emergency involving a passenger in the terminal and that required airfield-based fire officers, who had the right training, to attend and support until the situation was taken over completely by the NWAS.

As a result of them being diverted there briefly, the airport was forced to close for around an hour, a spokesperson said.

Flights had returned to normal service on Monday morning, the airport confirmed.

An airport statement said: " At around 9pm on Sunday evening, a passenger in Terminal One suffered a medical emergency and was attended to by on-duty airfield fire officers, who provided urgent assistance until the incident was handed over to the North West Ambulance Service.

"As a result of these officers being diverted from their regular duties, our airfield was closed for approximately 40 minutes on safety grounds.

"We understand that as a result, two inbound aircraft were temporarily diverted to other airports, before arriving in Manchester later on Sunday evening.

"We apologise to passengers for any inconvenience caused."

It comes after a difficult year for Manchester Airport due to the pandemic, with extra Covid-secure measures introduced being blamed for slow services.

Passengers have recently complained at waiting as long as two hours to get through Passport Control and last week an elderly passenger fainted while stuck in a huge queue.

Some airports around the UK have struggled with processing Covid travel measures as huge queues form at border controls.

In recent months a 'pingdemic' left staffing levels hollow as airport workers at some of the UK's biggest terminals were told to isolate by the Covid app before rules changed to free the double-jabbed from the rule.

Have you got a travel story? Email webnews@mirror.co.uk