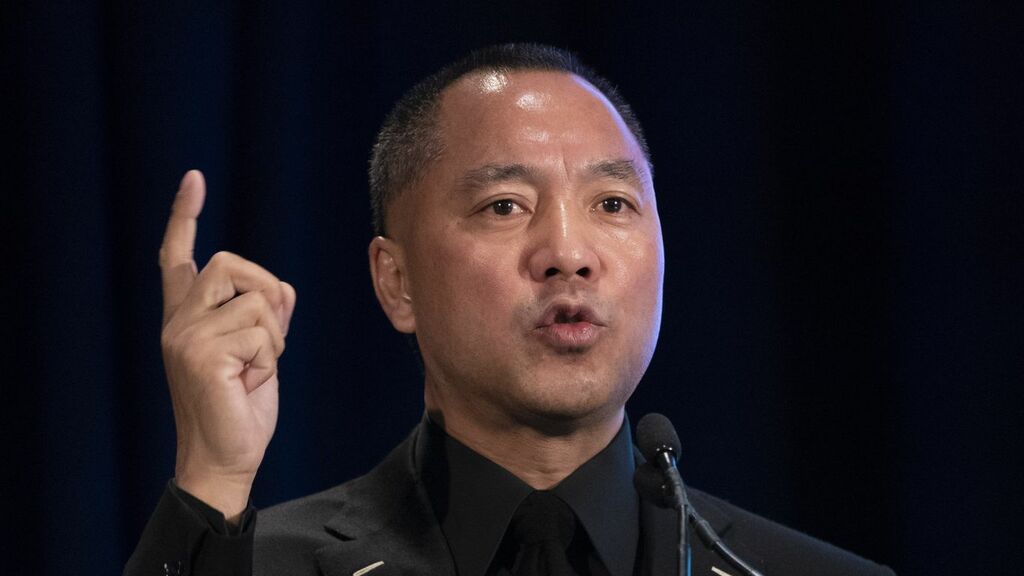 Three media businesses linked to exiled Chinese businessman Guo Wengui have agreed to pay more than $539 million to settle charges brought by the Securities and Exchange Commission. The companies are accused of illegally selling stock and digital assets between April and June 2020.

Why it matters: Guo has been linked to pro-Trump allies and groups, including Steve Bannon and Gettr, the social media network founded by former Trump aide Jason Miller.

Details: According to a statement from the SEC, New York City-based GTV Media Group Inc. and Saraca Media Group Inc. and Phoenix, Arizona-based Voice of Guo Media Inc. — companies all linked to Guo — have been charged with conducting an illegal unregistered offering of GTV common stock.

The big picture: Guo is known for boosting right-wing misinformation and having close ties to Bannon.

Between the lines: The SEC failed to prevent Guo's illegal stock issuance as it was happening.