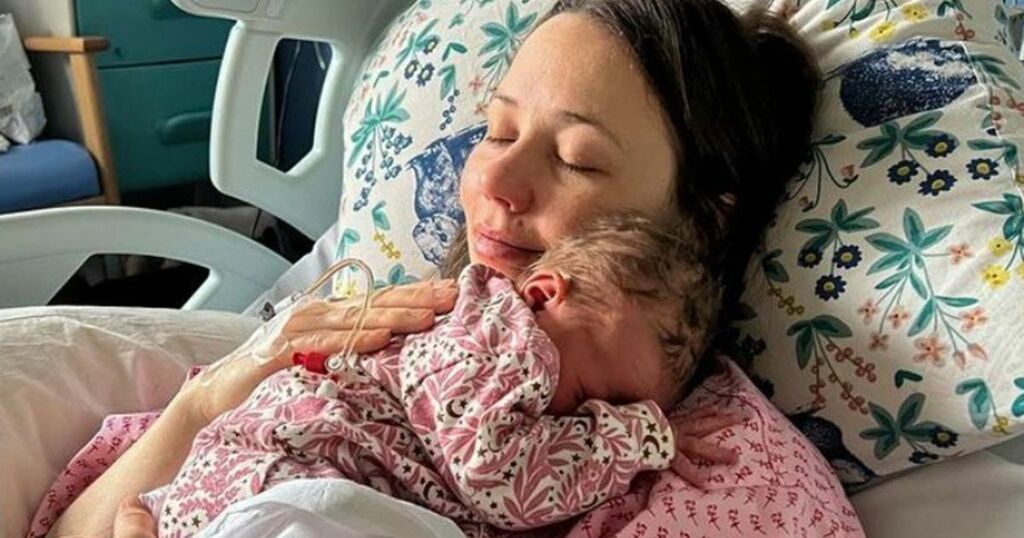 Matt Edmonson has announced the arrival of his second child and revealed he and wife Bryony went to 'hell and back' with the delivery.

The TV and radio presenter, 35, revealed he and Bryony had welcome daughter Willow on Instagram on Saturday.

The couple, who are already parents to daughter Ivy, five, endured a traumatic time in hospital with Matt thanking NHS medics who he said were 'stretched so far' in his social media update.

Matt penned: 'Introducing Willow Mae Edmondson. What a week… We've been to hell and back, but baby Willow is here and she's magic.

"Bryony was indescribably brilliant and brave, and is now doing well and resting.

"We're home and safe and hunkering down for a few weeks. Ivy is in love.

"Thank you to the brilliant NHS staff at Lewisham Hospital who got us through it all- they were stretched so far, but worked so hard so that we didn't suffer.'

Proud dad Matt then posted a number of adorable pictures of baby Willow settling in to the Edmonson famly.

The Radio 1 host and former Xtra Factor presenter told Lorraine Kelly in December that his second child's birth was imminent.

"'Ivy came three and a half weeks early as I was about to film The Xtra factor So I'm assuming this one is coming on Christmas day.

"But it could happen any time for now. It's a girl! Holly and Ivy for Christmas would be great... but we've got a negotiation going on still about names.

"We've already got a dog but you've always got to have a list of potential names just in case."

Last month, Matt revealed that he had been diagnosed with the rare disorder cyclothymia.

He said it was a 'relief' to have the update after suffering with changing moods for years.

Cyclothymia has similarities to bipolar disorder and can leave people feeling 'very low or emotionally high'.

Matt told fans that spells of depression followed by euphoric highs had proved a burden for those close to him.

"After years of struggling, simply getting the label Cyclothymia placed on how I was feeling was life changing.

"It helped me understand that if I could spot myself starting to go 'up' or down' I could do something to intercept it," he shared.