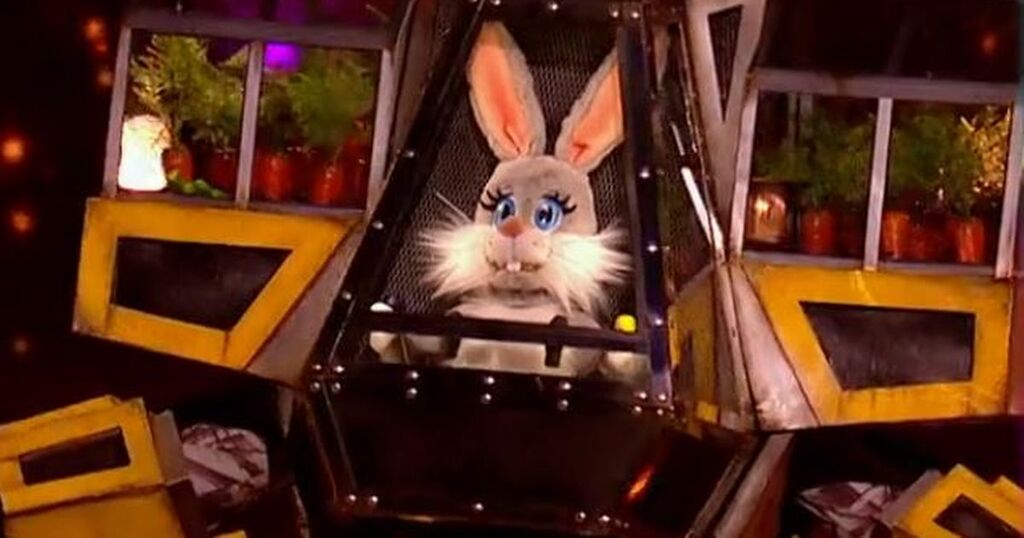 Mark Feehily is the 'nailed on' prediction to be Robobunny on The Masked Singer after viewers accused the Westlife star of failing to disguise his 'real voice' on Saturday night.

When the new series of the hit ITV show kicked off last week, Robobunny sparked a bizarre theory that there were two people hiding in the costume.

And those who believed that notion had their instincts fuelled further when Robobunny began their performance of Shallow sounding a millions miles away from how they did a week earlier, with their squeaky vocals turning things on their head and prompting panellist Rita Ora to remark: "He's playing with us."

However, when the Lady Gaga hit reached its famous chorus, the voice from last week came to the fore and as Robobunny hit some very impressive notes, Masked Singer viewers' ears pricked up, particularly those of Westlife fans who could recognise Mark's voice anywhere.

Rushing to Twitter, one reacted: "Mark Feehily from Westlife.. 10000% RoboBunny!!" and another, in firm agreement, posted: "RoboBunny IS Mark Feehily. He released a country album... Absolutely has to be him. No one else has that voice."

As well as Robobunny's VT being full of country clues, which could be a nod to the fact that Mark now lives on a ranch, there were a number of Steps themed references in there including '5,6,78' but, that could well be a ploy to throw fans off the scent.

A third viewers tweeted: "I turned on that masked singer and robobunny was just on...at the start there I was like oh god how are people saying that's mark from Westlife...then he sang properly and I was like oh wow that's mark," and another commented: "Not sure about the clue packages but the voice of RoboBunny screams Mark Feehily from Westlife to me?!"