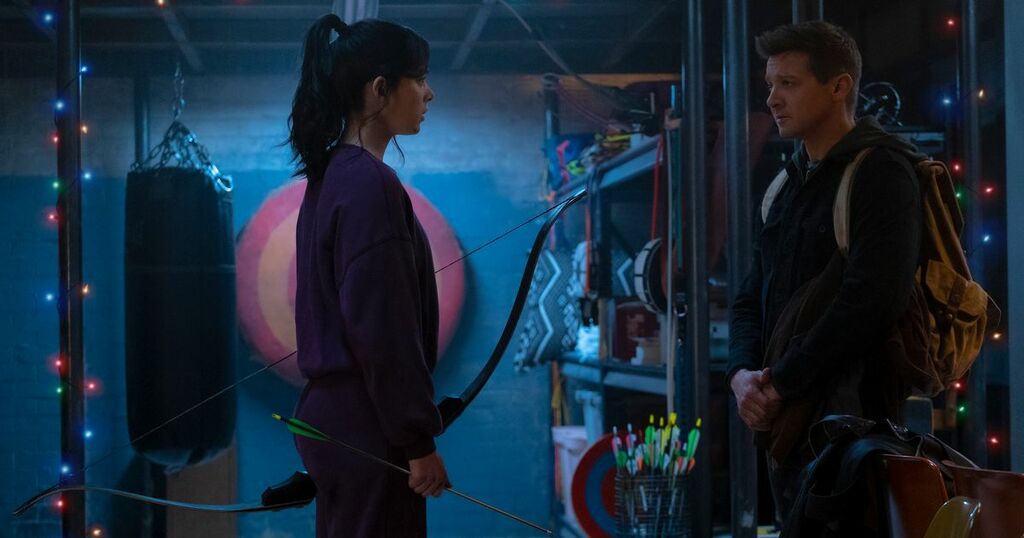 Between the upcoming Spider-Man film and the constant stream of Disney Plus series for popular characters including Loki, Falcon and Wanda, it’s a good time to be a Marvel fan.

Now, it’s Hawkeye’s turn in the spotlight, as the master archer and original Avenger finally gets his own solo series.

Jeremy Renner will reprise his long-standing role as Clint Barton for the upcoming festive adventure series, which sees Hawkeye embark on an action-packed mission to get home in time for a quiet family Christmas.

He will be joined by an all-star cast, including Hailee Steinfeld as Kate Bishop, another well-known archer from the Marvel comics.

But who else is in the cast and what can Marvel fans expect to see in the new series? Here’s everything you need to know about Hawkeye.

When is the Hawkeye release date?

Hawkeye will follow the animated anthology series What If…? to become the fifth Marvel TV series to stream on Disney Plus when it releases later this year.

The series will premiere on Disney Plus on Wednesday, November 24, with new episodes releasing weekly thereon.

Who is in the Hawkeye cast?

Hailee Steinfeld (Pitch Perfect, Dickinson) will co-star as Kate Bishop, a 22-year-old archer who dreams of becoming a superhero.

In an interview with Entertainment Weekly, Renner described the character as having “a wonderfully annoying and equally charming manner about her, because she’s such a fangirl of Hawkeye”.

“The relationship grows from that, but the biggest problem for Clint is Kate Bishop and the onslaught of problems that she brings into his life,” Renner added.

Is there a trailer for Hawkeye?

As with all of their film and TV projects, Marvel has kept Hawkeye plot details tightly under wraps so far.

However, a first look trailer released by Disney Plus on Monday revealed that the series will have a rather festive feel, as the former Avenger attempts to get home to his family in time for Christmas.

The upcoming superhero series will see Barton train Kate Bishop to take over the Hawkeye mantle as he tries to escape his dark past as the deadly sword-wielding assassin Ronin with the help of Kate and Lucky the Pizza Dog.

Although she didn’t show up in the trailer, we will also likely see Black Widow character Yelena Belova try to hunt down and kill Hawkeye, who we last saw being handed a photo of Barton and told that he was the reason her adoptive sister, Natasha Romanoff, died.

It isn’t yet clear how involved Pugh will be in Hawkeye, but she is rumoured to appear in multiple episodes.

The trailer also gave fans a quick glimpse of a musical based on Captain America’s life, so expect plenty of Avengers references and easter eggs, as usual.

Hawkeye will premiere on Disney+ on Wednesday, November 24