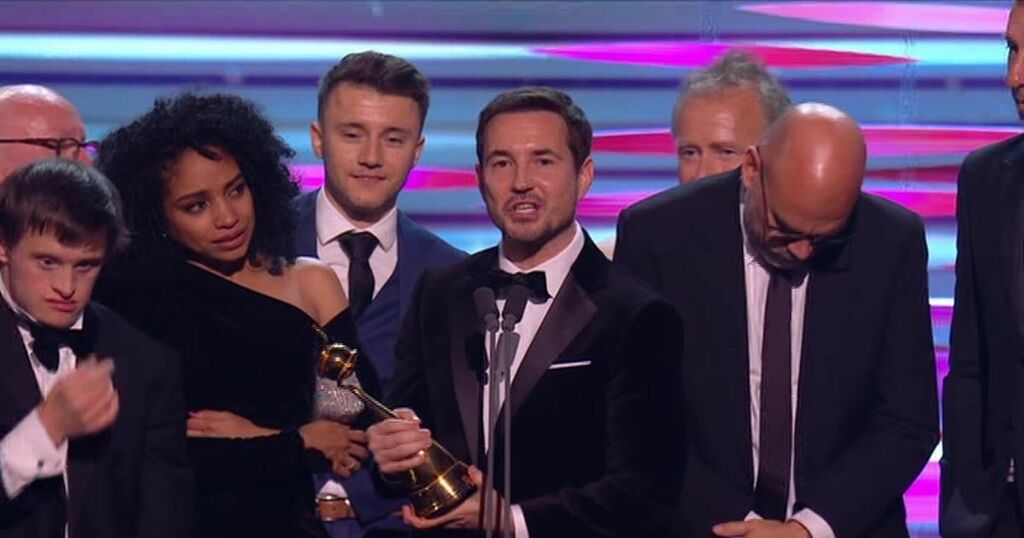 Martin Compston teased the return of Line of Duty during his winner's speech at the National Television Awards.

The sixth season of writer Jed Mercurio’s hit BBC One show came to a dramatic end earlier this year, and there’s been no confirmation it will return for another season.

During the glitzy bash in London on Thursday, Line of Duty scooped not one, but two awards - Best Returning Drama, and the Special Recognition gong - beating the likes of Call the Midwife, The Crown and Unforgotten to win some of the night’s biggest prizes.

Taking to the stage to accept the honours, Martin slyly hinted that he may be reprising his role as DI Steve Arnott one more time.

“This means so much, like we started as a wee show on Wednesday night on BBC Two and now we’re the biggest drama on TV and it’s all because of the fans, we owe everything to you.

“We genuinely don’t take this for granted and who knows, maybe we’ll be back again…" he added.

While his co-star Adrian Dunbar, who plays fan favourite Superintendent Ted Hastings on the show, also hinted that there would be another series on the way… if the stars of the show had anything to do with it.

Unable to attend the ceremony at the O2 Arena due to filming commitments, Dunbar delivered his acceptance speech via videolink, saying: “Thanks so much for the NTAs for this, absolutely over the moon for this…

“Most of all the Great British public who so overwhelmingly supported us. And as Martin says who knows? We might be back?” he said.

Later on in the evening, Compston thanked the fans of the show for their unwavering support, and said Line of Duty wouldn’t have been the huge hit had it not been for the viewers.

The show originally started out on BBC2, before bosses decided to move it to the coveted Sunday night 9pm slot on BBC One after series three, due to the show’s skyrocketing popularity.

“I think we must be the most nominated show who’s lost it so it felt great. We started as this wee show on a Wednesday night on BBC Two, and to see how its grown and it’s all because of the fans.

“Their enthusiasm and dedication never ceases to amaze me, so this is for everybody who’s voted for us so thank you very much,” he added.

Compston said that the sixth season was the “strongest” creator Mercurio has ever written, so he’s hopeful that Line of Duty will get one final season.

“I think that’s the strongest he’s ever written, so it makes you go, ‘Will we ever go again’, which we know we won’t but it gets you hoping because he was writing better than ever,” he said.