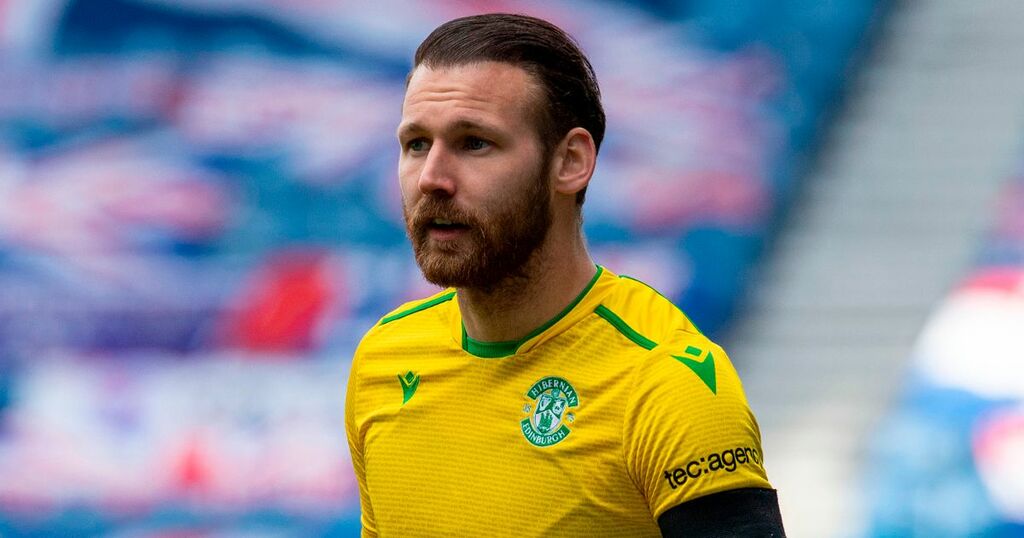 There are some moves where the money is just too good to turn down. There are others where there’s not enough money in the world to tempt a player in to signing.

The bid from Saudi Arabia for Martin Boyle might end up in the first category if the cash being talked about is true.

But the big dough offer I got when I was a player definitely was in the second camp.

When I was at Falkirk and about 25 my agent told me there was an offer on the table from a team in Russia who were willing to pay me seven grand a week.

Seven grand a week? I was only about 800 quid with the Bairns and I practically had my bags packed.

There was a catch though. The team was called Sibir Novosibirsk and they played in the Russian Championship.

But they were from Siberia!

I had a wee look and it was as bad as it sounded. There was about an hour of daylight a day six months of the year and it got to about minus 30 half the time.

Stuff that for a carry on. It might have been £7000 a week but what the heck would I spend it on in those conditions? New thermals?!

It’s a different ball game with the Middle East though. Football fans might scoff.

But they need to remember this is Boyle’s career. He’s not had the big money spell in England or wherever.

I’m sure he’s earned decent dough but he’s gone from Montrose to Dundee to Hibs. There is talk of £30k a week out there.

That’s life changing for him and his family. If that’s the kind of money on the table I would have no doubt he’ll be banging on Shaun Maloney ’s door.

Hibs are in a good position as he’s under contract until 2024 and they can demand a hefty fee for him.

But they also need to be fair to the lad. He’s already a Hibs legend. Don’t forget he arrived on a swap deal with Alex Harris from Dens Park and he’s one of the best bits of business the club has ever done.

If there’s a chance to pocket £1.5m a year then it would be crazy for him to turn it down. It will certainly be a lot warmer than Siberia and I’m sure the golf courses are better as well.

I’d love to see him stay at Easter Road, of course, because he’s a top class player.

And I hope he’s still around when the games get back up and running next week.

Hibs could not have been handed a tougher start at Celtic Park.

But these are the matches you love as a player. I know Scottish football loves a conspiracy theory and people are saying moving the break has allowed Celtic to get injured players back and to draft in three or four new faces.

It’s the same for Hibs and everyone else though. Maloney has strengthened his side and he has had a few weeks to build on the early momentum.

He’ll love going back to Parkhead. I used to relish going there – and I usually played pretty well.

I remember being robbed of a hat trick though when I was at Hibs and Martin O’Neill was in charge of Celtic.

We were two down but I scored twice to get it back to 2-2. I’d also scored another in between times – but it was ruled out for offside.

I just wish we had VAR back then as there was nothing wrong with it. I was raging, but it got even worse when Johan Mjallby scored a winner for Celtic at about quarter past six!

How’s that for a conspiracy theory?

That was a sore one but it’s still a game to be enjoyed. Some players would freeze when they went to Parkhead, Ibrox or Tynecastle.

They’d hide on the pitch and shy away from the ball.

But I always preferred playing in that sort of environment. I was like a wee boy again out there.

I just hope there will be 60,000 fans in the ground on Monday. It would be brutal for everyone if there were still only 500 fans let in.

It’s certainly no fun for players when the place is practically empty. You can hear every shout for a start.

Thank goodness we had crowds when I was at Hibs as there would be no way I could claim I hadn’t heard Bobby Williamson.

It’s just not the same when it’s behind closed doors. In fact, it’s worse than playing in Siberia.