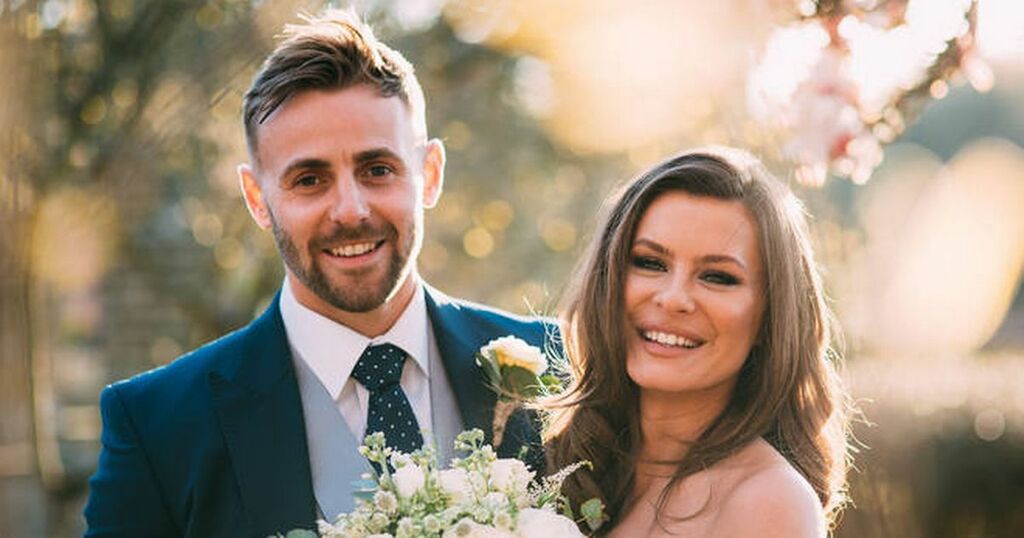 Married at First Sight’s UK reunion on Monday brought an explosive end to its most dramatic series yet when it was it was revealed two couples had already split.

But while the reunion show’s splits stunned some viewers, the drama didn’t end once the cameras on the Channel 4 series stopped rolling.

Just months after the reunion was filmed earlier this year, it hasn’t been a case of happily ever after for most of the contestants.

So which of the 2021 batch are going the distance, who has called it quits and why and what are they all up to now?

Luke Dawson, 36, from Cardiff and Morag Chricton, 31, from Essex seemed like one of the more solid couples, but didn’t manage to go the distance.

While the pair did go on holiday together after the show wrapped up, Morag revealed at the reunion that Luke “hadn’t called her once” since they returned from their travels.

Luke explained that he pulled back after realising he was trying to force something that wasn’t there. “I can't change. I am who I am,” Luke added. “I feel these things. I'm over it. I just feel used.”

Since the split, Luke, who is continuing with his job as a fireman, has been focused on capitalising on his reality TV fame by joining Cameo – an app where fans can request personalised videos from celebrities for a fee. Morag has hinted that she's returned to her day job as a veterinary nurse.

Another shock for viewers as Marilyse Corrigan and Franky Spencer have split.
The oldest couple on the show, they declared their love for each other at the reunion, but less than a month after it was filmed they broke up.

"It's all over between Marilyse and Franky,” a source told The Sun. "They're very private about their relationship so it has come as a shock to a lot of people… Franky is already back in Dubai for a fresh start."

Some fans, however, saw the split between the Dubai-based Franky and the mother-of-two coming. One previously commented of the match: “Do they [e4] expect Marylise to move her and her sons to Dubai with Franky?”

Another added: “Something about Franky gives off a weird vibe.”

While former military man Franky, 47, has got back to his life miles away from Marilyse, the 35-year-old Yorkshire bride seems to be just fine enjoying boozy nights out with her former co-stars.

Marilyse is still a personal trainer and Franky is a celebrity trainer and a boxing/MMA referee. He recently posted to Instagram saying that he will now be focusing on his job as a trainer.

Amy Christophers and Josh Christie insisted they were going to work on their marriage during the final commitment ceremony, but ended up throwing in the towel.

When Amy went home to Cornwall after the show, she accused her husband of “checking out” of the relationship.
“Something happened and that was it,”

Amy said at the reunion, adding that her husband cited their time apart when she visited home as a deal breaker: “10 days isn't a lot, and I'm sorry if you can lose your feelings in 10 days, then were they even f**king real?… I still have a lot of feelings.”

Amy, who said she was now working on herself, is a columnist for Mirror Football and also works for Racing TV, reporting on horse racing. Josh is a DJ.

Another Cardiff groom, Jordon Mundell, 27, and Londoner, Alexis Economou, 28, had a very short-lived marriage after the Welshman kissed another bride, Megan Wolfe, at the first dinner party.

He and Alexis consequently left the show. Alexis later returned with another groom, Ant Poole, who she hit it off with at a dinner party - but that didn't last either.

Jordon, who reportedly went back to his girlfriend of 11-years, who he is said to have dumped just days before joining the show, is hoping for a career as a television presenter. Alexis has done some modelling since the show.

One of the most explosive marriages was between Nikita Jasmine, 26, from County Durham and Ant Poole, 28, from Coventry.

Viewers knew the relationship was doomed when Nikita, on first seeing that she was paired with Ant, said: “They’ve just done the total opposite of what I’ve asked for. Looks are a huge thing for me and I don’t think they’ve listened to what I’ve said.”

Their union quickly went downhill when during the honeymoon they had a series of rows. After a heated first dinner party, in which Nikita became too fiery off camera, she was removed from the show.

Despite Megan Wolfe, 25, from Stoke-on-Trent kissing Jordon, she and Bob Vorsey, 26, from Dorset stayed together. They eventually split following string of arguments.

During the final commitment ceremony, Megan said Bob was an "amazing person" but just not meant to be "hers". Bob then read her a poem before bursting into tears.

The pair ended their marriage, but they are still friendly with each other and have stayed in touch although Meghan, who has been spending a lot of time in London is yet to visit her ex in Dorset.

Bob has modelled for Array Clothing Co since the show while Megan is pursuing an acting career.

Fan favourites - estate agent Tayah Victoria, 25, from Hertfordshire, and electrician Adam Aveling, 26, from Doncaster, who were the most loved-up couple are still going strong.

Tayah has moved to Doncaster and set up home with Adam and the pair plan to re-tie the knot in front of friends and family soon.

They also told New magazine that they hope to start a family soon.

“I’ve always grown up wanting to have four children.” said Tayah, while Adam added: “If we are financially sound then I’d say four definitely, but maybe three.”

Adam has his own TikTok and YouTube channels and Tayah is signed to Rom Com Entertainment.

The first same-sex couple on Married at First Sight Matt Jameson, 38, from Leeds, and Daniel McKee, 27, from Northern Ireland are still going strong.

The pair fell in love with each other and it was revealed during the reunion show that they were still very much together.

Despite fans fearing the worst for the pair due to the age gap and Matt having said he didn’t want to move to Northern Ireland, Dan’s hometown, they have defied the odds

The couple told This Morning that Matt will be moving to Northern Ireland next year and Daniel recently took to Instagram to post a video of him cuddling up with Matt and exploring the Irish countryside. He captioned the clip: “It was great to bring hubby home and show him the sights...”

Matt continues to run his company, Wildbay Retreats - where he does online meditation classes as well as organising retreats.