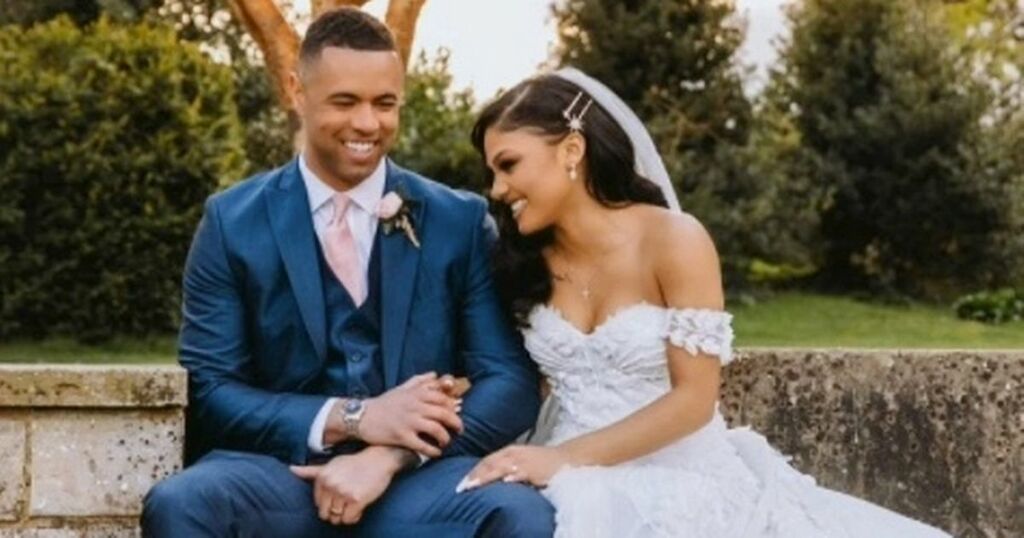 Married at First Sight UK couple Jordon and Alexis tied the knot yesterday, but it's claimed they have split already.

The 27-year-old personal trainer exchanged vows with model Alexis, 28, on last night's episode - but it's alleged the couple have called time on their marriage after he ran back to his long-term girlfriend, after dumping her to go on the E4 show.

Following on from the wedding ceremony, it has since emerged on Twitter that Jordon was allegedly in a relationship right up until filming for the programme.

It's claimed he only told his partner of 11 years just two days before the first episode aired.

On the social media app, a user shared some snaps of Jordon and his beautiful girlfriend, writing: "Imagine having a stunning Mrs of 11 years and disappearing to film a tv show to get 15 mins of fame."

The 26-year-old nurse added: "Jordon is an absolute clown."

One shocked Married At First Sight fan replied to the social media posts to state: "What a trash man!!! You’re friend is beautiful!! Please say she has dropped him like a bad habit!!"

Jordon previously revealed his reason for going on MAFS.

Insisting he wants to learn more about himself, he said: "My happily ever after would be to learn stuff about myself that I didn't know before. I want to become stronger as a person and to obviously walk away with a partner and with some new friends."

Meanwhile, Alexis is yet to comment on their sudden break-up.

She has been sharing their short journey together on Instagram, and last night posted a snap from the wedding episode.

The stunning model wrote: "What a wedding episode! Clearly my mum found the wedding boring. But Whats your thoughts on the experts matching me & Jordon together?"

And later, she shared images of herself with her bridal party, writing: “I honestly could not have done this process without the support of my nearest & dearest by my side. I love & appreciate you guys so much.”

Fans seem torn over the couple's compatibility with one taking to Instagram to comment on Alexis's post, writing: "Not to sure on the match yet… but you looked beautiful and are so refreshing! Your laugh is so contagious! Rooting for you."

While another unconvinced follower wrote: "I feel like you & Ant would be a better match."

*Married at First Sight airs on E4 at 9pm.