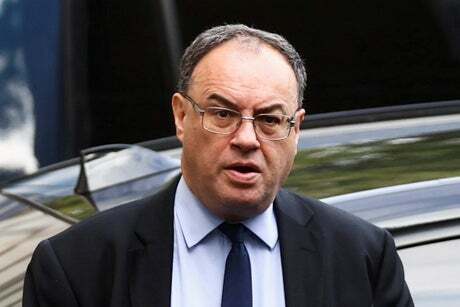 Upward pressure on wages and a shortage of workers is fuelling fears that the Bank of England’s hand could be forced on interest rates, potentially threatening the UK’s already faltering economic recovery.

New figures from the Office for National Statistics today showed a tight labour market and heightened speculation about an early rate rise.

Data showed job vacancies remain at record levels across the economy despite a rise in the national payroll and a drop in unemployment. Wage growth remains high at 6%, excluding bonuses, although the ONS cautioned that the data was skewed by the pandemic.

A tight labour market and upward pressure on wages means workers can continue to demand higher pay in the months ahead. Neil Carberry, chief executive of the Recruitment and Employment Confederation, said he was seeing a “sugar rush” of rising wages in the jobs market.

That, in turn, could feed into more persistent inflationary pressure and blow up the Bank of England’s argument that rising prices are caused by “transitory” factors such as elevated shipping costs.

“The further strengthening of the labour market in August may prompt some members of the Monetary Policy Committee (MPC) to put more weight on the upside risks to inflation rather than the downside risks to economic growth,” Paul Dales, chief UK economist at Capital Economics, said. “As such, these data increase the chances of a rate hike in the coming months.”

The City is growing increasingly convinced that inflation will force the central bank to increase interest rates sooner than planned — possibly this year. The Bank has been trying to avoid putting up rates too quickly, fearing that it could derail the UK’s recovery.

Market forecasts of when the Bank will raise rates and how quickly have been shifting quickly in recent weeks, with investors now pricing in three rate rises within a year.

Bank of America yesterday pulled forward its forecasts, saying it now expects a 15 basis point rise at December’s MPC meeting. It had previously penciled the hike in for February 2022.

Michael Saunders, an external member of the MPC, and Huw Pill, the Bank’s new chief economist, have both stoked rate rise speculation in recent days.

Saunders told the Sunday Telegraph it was “appropriate that the markets have moved to pricing a significantly earlier path of tightening than they did previously.”

Laith Khalaf, head of investment analysis at AJ Bell, said: “The market has been rapidly pricing in an interest rate rise in recent weeks, with the chances of a hike this year now standing at two in three.

“The UK now looks firmly on the path to higher interest rates. The question is how quickly the central bank takes us there.”