Mariah Carey's application to own the trademark to the phrase Queen Of Christmas has resulted in her being sued.

Acclaimed Christmas singer Elizabeth Chan, 42, is taking legal action against the 53-year-old superstar in a bid to stop her from claiming the festive title.

She told the publication: "I feel very strongly that no one person should hold onto anything around Christmas or monopolise it in the way that Mariah seeks to in perpetuity.

"That's just not the right thing to do. Christmas is for everyone. It's meant to be shared; it's not meant to be owned.

"And it's not just about the music business. She's trying to trademark this in every imaginable way — clothing, liquor products, masks, dog collars — it's all over the map."

Carey, who has been unofficially called the queen of Christmas by fans due to her iconic 1994 hit All I Want For Christmas Is You, made the application in March 2021.

In the bid for the titles, she not only requested exclusive usage of Queen Of Christmas but also its acronym QOC, Princess of Christmas and Christmas Princess.

The attempt to do so was made public on July 12 this year.

The move has not only left Chan furious, but also another festive crooner Darlene Love, 81.

On Monday, Love took to Facebook and wrote: "Is it true that Mariah Carey trademarked 'Queen of Christmas'? What does that mean that I can't use that title?

"David Letterman officially declared me the Queen of Christmas 29 years ago, a year before she released All I want For Christmas Is You and at 81 years of age I'm NOT changing anything.

"I've been in the business for 52 years, have earned it and can still hit those notes! If Mariah has a problem, call David or my lawyer!!"

Chan may also take issue with Carey's application because when she was profiled by the New Yorker in 2018, they used the headline The Queen of Christmas and went on to describe her as America's most successful, and perhaps only, full-time Christmas-song singer and composer.

Along with Chan and Love, there is also Brenda Lee who recorded multiple Christmas songs in the late 1950s and '60s and remains one of the most prominent female singers associated with the Yuletide season.

Her iconic 1958 track recording of Rockin' Around the Christmas Tree, is still a chart topper at Christmas.

Last December, Mariah insisted she never chose the festive moniker herself and that it should only be applied to the Virgin Mary.

She told Zoe Ball of the title: "I just want to humbly say that I don't consider myself that.

"I'm someone that loves Christmas, that happened to be blessed to write All I want For Christmas Is You. And a lot of other Christmas songs.

"And let's face it, you know, everybody's faith is what it is. But to me, Mary is the Queen of Christmas." 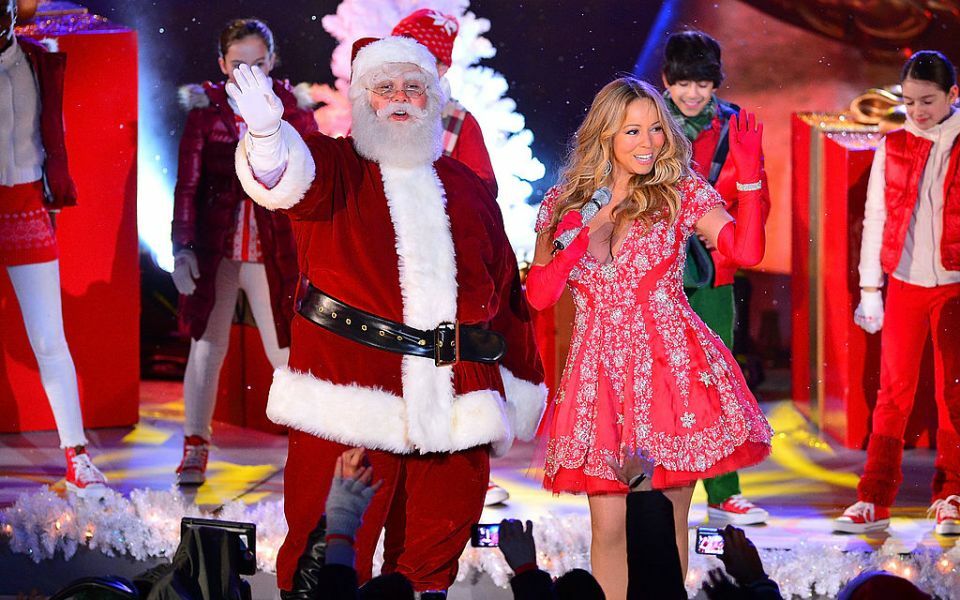 The New Daily
From analysis to the latest developments in health, read the most diverse news in one place.
Don’t rage against an entire festival over Zack de la Rocha’s no-show

Much like her brothers, Charlotte will get an important royal title one day - and the one in question has…

“Today was special,” the former TOWIE star penned alongside a picture at her ex Jake McLean's funeral before posting an…

Daily Mirror
One place to find news on any topic, from hundreds of sites.
Madonna twerks and parties with her six kids at 'disturbing' birthday bash in Italy