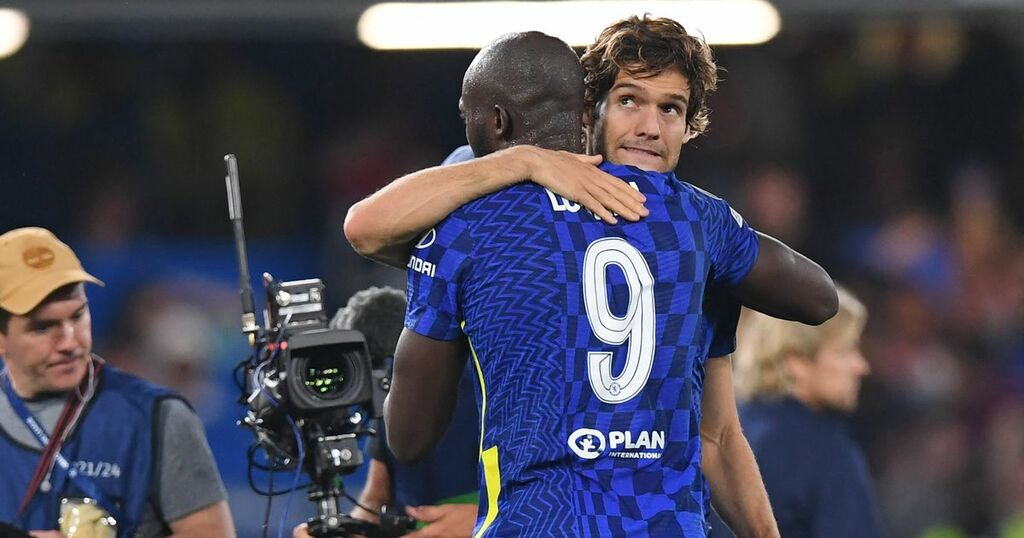 Marcos Alonso has agreed with Rio Ferdinand that Chelsea teammate Romelu Lukaku has already proven his lethal goalscoring abilities at the club.

The Belgian has enjoyed a quick start to life at Stamford Bridge following his club-record move from Inter Milan in the summer.

He has scored four goals in as many games having netted against Arsenal on his debut, whilst also earning a brace last time out against Aston Villa.

Lukaku also proved to be the difference as Chelsea kicked off their Champions League title defence against Zenit St Petersburg - scoring what turned out to be the winning goal on what was a frustrating evening.

Following the game, Ferdinand suggested that - just five games into his Chelsea career - the Belgian is already displaying his lethal goalscoring ability in London.

Talking on BT Sport, he said: “There was no other player going to get the game over the line than that man Romelu Lukaku.

“He’s now become the talisman in this team, the go-to guy. If there’s a problem in this team, a problem in terms of finishing the game, in the short space he’s been there a few games but he’s already proven now when there is an opportunity to be taken or to be had, this guy has ice in his veins, give him it and he’ll deal with it.

Meanwhile, Chelsea teammate Marcos Alonso has not only experienced Lukaku’s quick start off the pitch but has also been impressed with the Belgian in training.

The Spanish left-back, who started against Zenit on Tuesday, has also suggested that the striker’s immense ability has already been on show at Stamford Bridge and has even backed him to challenge for the Golden Boot this season, a prize that would be a dream for the boyhood Blues fan.

Talking to Chelsea’s official website, Alonso explained how he and his teammates could help him reach that goal. He said: “He has shown his abilities. He is so strong and he scores goals.

“Of course he is one of the best in his position and it’s great to have him with us. It will be a tough fight [for the Golden Boot] but of course he’s got a chance.

“If the whole team will deliver for him and be together and put in performances like this, he’s just going to have to score the goals and we will see at the end of the season.

“You see all the good teams in the last few teams who have won the league, they’ve had someone in the top scorers list. That’s what we will have with Lukaku this season, I’m sure. Hopefully he will help us achieve bigger things and score as many goals as he can.”