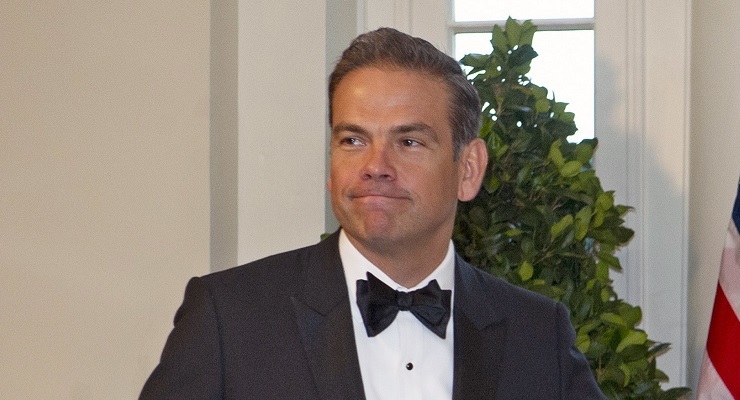 It’s a big week for not-so-young Australian rich-lister Lachlan Murdoch who turns 50 today: overnight he was due to report back in person to the family’s New York HQ after enduring COVID WFH in Sydney’s eastern suburbs.

Across the family companies, people are asking is this the boss back? Or still just the boss’ son? There’s a lot at stake, not least for the future of politics across Australia, the US and the UK.

Since father Rupert stumbled on Lachlan’s boat in early 2018, the family assertion has been that Lachlan’s in charge. Younger brother James effectively confirmed it when he left his remaining roles in the two companies last year.

Official titles are split between son and father: Lachlan as executive chair (and CEO) of Fox and Rupert as co-chair, and vice versa at News Corp (with Robert Thomson as CEO).

Yet reports out of the company bunker suggest it’s not so clear-cut: Lachlan deferred to Rupert (according to his biographer Michael Wolff) over the controversial decision by Fox to call Arizona for Biden on US election night last year.

And it would appear it was Rupert who approved the subsequent restructure that fired the network’s political editor Chris Stirewalt (last seen starring on Four Corners’ “Fox and the Big Lie”).

Fox denies the Wolff claim. But it sticks because it captures public perceptions: Lachlan, the deferential heir reluctant to make a technical call without “upward referral” to the patriarch; Rupert, viscerally embracing the disruptive power of the decision with a cut-through “Fuck him!”

Waiting in the wings as he turns 50 marks Lachlan out from the earlier media Murdochs. By that age, both his grandfather, Sir Keith, and his father had built large innovative media monopolies — his grandfather dominating Australian print and radio through Melbourne, Adelaide and Brisbane, and his father with a worldwide newspaper empire in Sydney, Adelaide, London and New York.

Just months before he turned 50, Rupert made the purchase that turned him from wild colonial boy to global oligarch, capturing Fleet Street’s signature paper The Times. Both men had shaken up and remade Australian journalism — Sir Keith with dominant mid-market products in the 1920s and ’30s, Rupert with a vibrant tabloid sensationalism four decades later.

At 50, both men had transformed politically from soft-Labor leaners to hard conservative power-lifters. (“I put him there and I’ll put him out,” the first Murdoch said at 50 of then prime minister Joseph Lyons.)

Lachlan has demonstrated none of the corporate buccaneering recklessness that built the successive empires. In his 20s, he stumbled through Super League and One.Tel, although he lucked into realestate.com.au — and stuck with it, transforming News Corp’s cashflows.

He’s never demonstrated the older Murdochs’ taste for the play of politics, nor their deep passion for journalism. It’s not even clear what he thinks about the big issues of the moment or, more importantly, what the family’s media should do about them.

His airy quote, picked up on Four Corners, about ensuring the editors “get the messaging and the positioning right” can be read as either anodyne managerialism or ominous interventionism. Take your pick.

The most detailed look at what the third-generation Murdoch has said (or what other insiders like The Australian’s Chris Mitchell has said he said) appeared in The Intercept in 2019, which went back to Murdoch’s senior thesis on Kant at Princeton University. It established the orthodoxy that he’s been more consistently right wing than either the older Murdochs or his siblings.

One big difference? Although all three generations grew up in lives of privilege, the older men built their careers from the outside in — Sir Keith rising up from the editorial floor of Melbourne newspapers, Rupert with Adelaide’s afternoon newspaper. They were shaped by a still-colonial Australia, remote from the centre of empire.

Lachlan was born, raised and educated at the heart of the US imperial vanity fair in the late 20th century billionaire class with unimaginable privilege. He wants for nothing. In WFH Australia he splashed out on a $37 million Point Piper boathouse.

Sometimes it seems Lachlan’s major achievement is, like Prince Charles, simply surviving as heir-apparent in his parent’s court. It seems to have taught a withdrawn caution. Maybe that’s the skill News Corp needs as its industry declines.