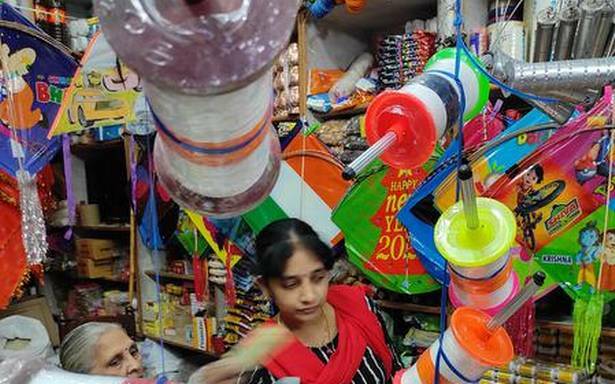 Cashing in on the craze for kite flying during Sankranti festivities, some errant traders have been making a quick buck by selling the banned manja, synthetic kite string coated with glass and metal powder, in several small and major towns in the erstwhile composite Khammam district.

Despite a ban on the sale of the synthetic/glass-coated manja, these traders continue to sell manja clandestinely heedless of the danger posed by the synthetic kite strings coated with powdered glass to human beings and birds as well as environment.

There have been consistent demands from various quarters for stepping up awareness and enforcement drive against the sale of the banned manja.

Meanwhile, some volunteers engaged in environmental conservation have embarked on an awareness campaign in the coal town of Kothagudem by circulating posters earlier released by the government on ban of synthetic/glass-coated manja and its ill-effects.

According to sources, the volunteers sought the cooperation of the officials concerned of the Singareni Collieries Company Limited (SCCL) and the Forest Department in spreading awareness against the banned manja.