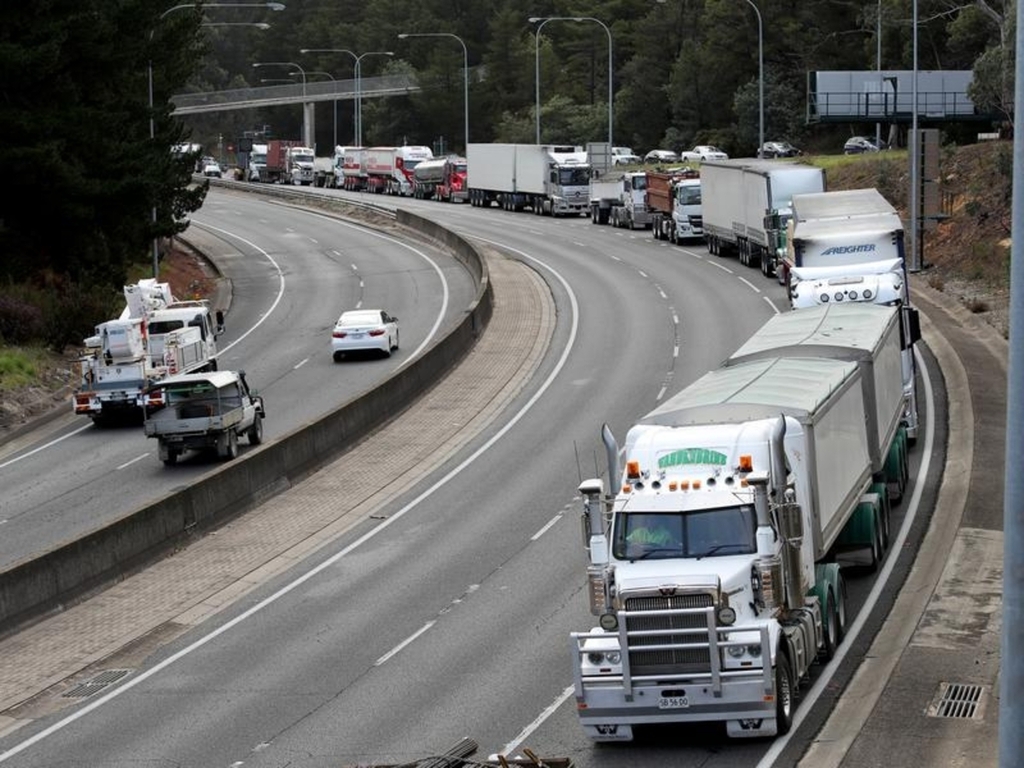 Coronavirus vaccinations will be mandatory for truckies who want to enter South Australia from high-risk areas.

Some 900 locals are in quarantine after six transport workers crossed the state and later tested positive to COVID-19.

He said there would be "some carve-outs", including firms operating on either side of the border in a bubble arrangement.

Deputy Chief Public Health Officer Emily Kirkpatrick said mandatory vaccinations for truck drivers from restricted or prohibited areas would be finalised by "the end of the month".

Freight workers are already subject to a national code, which requires stringent testing to pick up cases and put people in quarantine.

Western Australia has already announced tougher requirements from next week, after two drivers from NSW entered the state.

Truck drivers entering WA must show evidence of a negative COVID-19 test and at least one vaccine dose to enter.

Opening a new mass vaccination hub at the SA Produce Market where 3500 businesses operate, he said speeding up the rollout was only possible because the federal government had secured extra doses.

"We've always said there must be a pro-rata distribution of those vaccines across all states, so this will correct in the coming weeks," he said.

"The discrepancy really relates to some states who have been in a very difficult situation."

A mass vaccination clinic at Adelaide Showground has doubled in capacity, and further pop-up clinics are planned across the state.