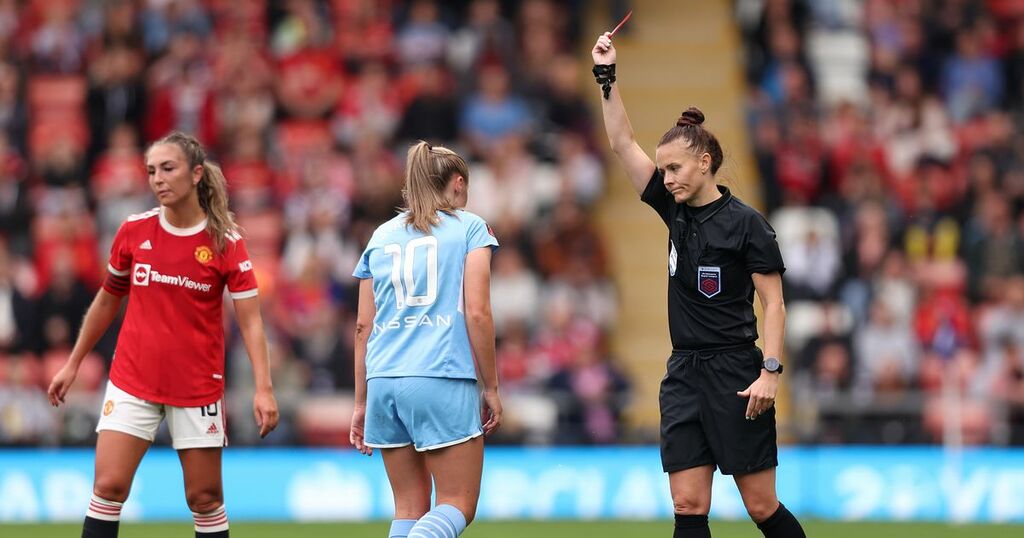 It was honours even in Saturday's Manchester derby in the Women's Super League after a frantic finale.

Here's how Joe Bray rated those on show...

Earps - Good save from Beckie in the first half and Hemp in the second. Helpless for either goal. 6

Thorisdottir - Great goalline clearance from Hemp's header, and relatively composed at centre-back throughout. 7

Mannion - Solid against her former team, kept things simple but Shaw was able to score without much resistance.. 6

Blundell - Her task was made easier after Stanway's red, barely put a foot wrong. 6

Battle - A very busy afternoon against Lauren Hemp. Just about held her own, even if Hemp won the battle. 6

Zelem - A steading presence in midfield, protecting the defence and allowing more attacking teammates to press on. 7

Galton - Kept Stanway alert on the left before her red. Exploited the extra space against Janine Beckie well and improved as the game went on. 7

Groenen - Did better in the second half with the player advantage over City, pushing forward into the attack and causing problems. 6

Toone - Closely marked, but able to create space for herself and justified her free role behind Russo. 7

Russo - Big chance for her but kept quiet by Scott and Greenwood until her well-taken goal. 6

Staniforth (on 67): Made an instant impact with a deserved equaliser for United. 7

Taieb - Some solid saves in the second half, but possibly could have done better for both United goals. 5

Stokes - Solid, and supported Hemp well. Lovely assist for Shaw, and a steadying presence in a makeshift defence. 7

Greenwood - A big boost to have her in the defence against her former side, and was good against Russo and Toone. 7

Scott - Used all her experience to keep the hosts out, and led the side well on an afternoon where they needed to stand firm. Maybe questionable for United's second. 6

Stanway - Steady in unfamiliar right-back role but horror challenge left her team with plenty to do and an extra suspension. 4

Walsh - Her return was a boost, offering some consistency and calmness in midfield, especially when down to ten. 7

Angeldahl - Looks a good player in midfield, slotted in well alongside Walsh. City's best players are slowly coming back to help the team. 6

Weir - Driving forward from the centre, linking midfield and attack, but struggled to impact this Manchester Derby as she has on previous occasions. 6

Beckie - Could have scored and could have had an assist in the first half. Did well at right-back after Stanway's red against a dangerous Leah Galton. 7

Hemp - City's best attacking output, and she was unlucky not to have scored with her first hald header. Constantly driving when she had the ball, she could have scored two or three on another day. 7

Shaw - Never gave the defence a moment's peace, and held the ball up brilliantly. Scored a great header at a perfect time, but no other game-defining contributions 7

White (on 59) - Great to have her back, caused more problems inside the United box than Shaw did by snapping up the equaliser. 7

Park (on 76) - Deserved a goal for her strike that crased off the bar, but she'll take the assist instead. 7