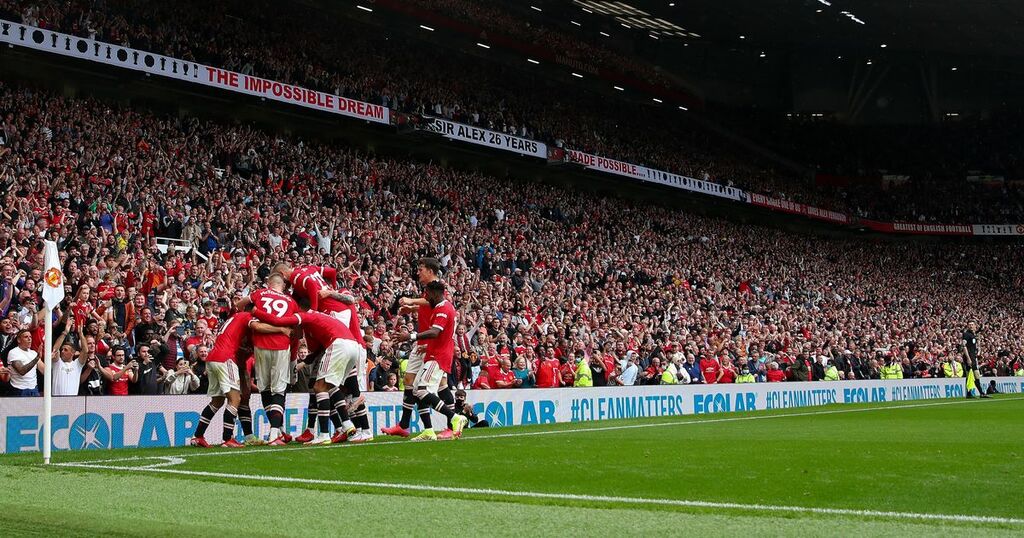 The kick-off time for Manchester United's fixture with Aston Villa has been brought forward, it has been announced.

The Premier League match between the two sides at Old Trafford on Saturday, September 25, was initially set to kick-off at 3pm.

However, at the request of the Trafford Council Safety Advisory Group, the game has been brought forward to a 12:30pm start time.

The reason for the adjustment is because Manchester band Courteeners will be playing a show at Old Trafford cricket ground on the same day.

“Our home match against Aston Villa on 25 September has been brought forward to a 12.30pm kick-off, following a request from Trafford Council Safety Advisory Group to move the game due to the Courteeners concert at Lancashire Cricket Club, Emirates Old Trafford, on the same day," a club spokesperson said.

“This request was supported by Greater Manchester Police and TfGM to avoid significant crowd, traffic and operational issues locally. We regret any disruption that this may cause around our supporters’ plans for the day.”

It was added that the doors at Emirates Old Trafford will now open at 4:30pm for entry to the gig, rather than the initially scheduled time of 3:30pm.