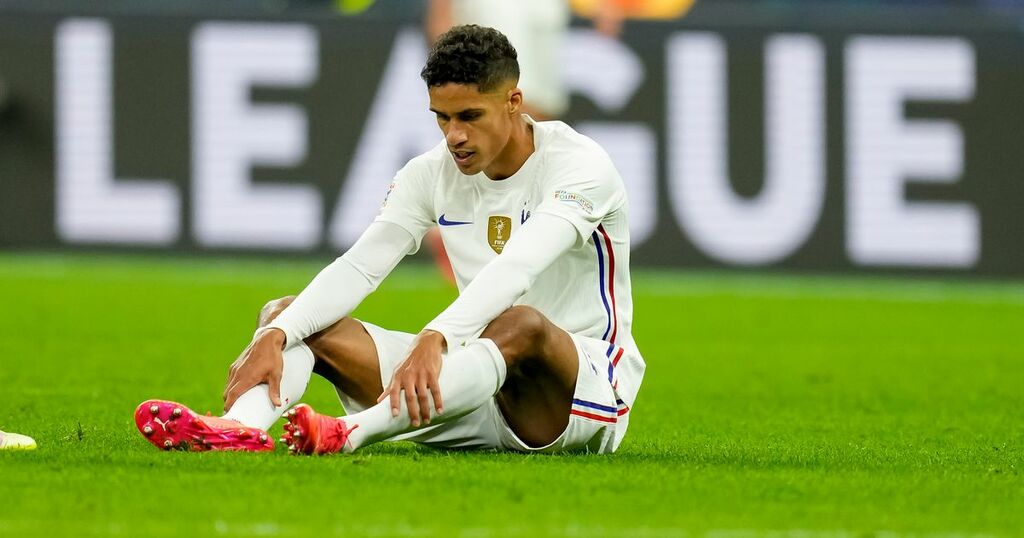 Manchester United have been handed an injury scare with a clash against Liverpool on the horizon.

The Reds are due to take on their old rivals away at Old Trafford on Sunday, October 24, in the Premier League.

Ole Gunnar Solskjaer’s side are already without club captain Harry Maguire through injury, and now another player looks to be added to the list.

Raphael Varane was forced to be replaced in the first half for France in their UEFA Nations League final against Spain on Sunday evening.

Varane went down holding his leg, but it is unclear whether he was feeling it after tweaking a muscle when running, or when he looked to cut out a Spain cross.

United are due to take on Leicester City on Saturday, then travel to face Atalanta in the Champions League before facing Liverpool in the Premier League the following Sunday.

It is currently unclear on the severity of Varane’s injury, with the France international departing in the 43rd minute and could not wait until halftime.

The French medical staff attended to Varane on the pitch, but it quickly became apparent that he would not be able to continue.

Maguire’s return date is also unclear, leaving Man United with the possibility of having their two main centre-backs absent for the visit of Liverpool.

Jurgen Klopp and Liverpool know first hand the scenario facing Man United, having battled through the majority of last season without their main three central defenders.