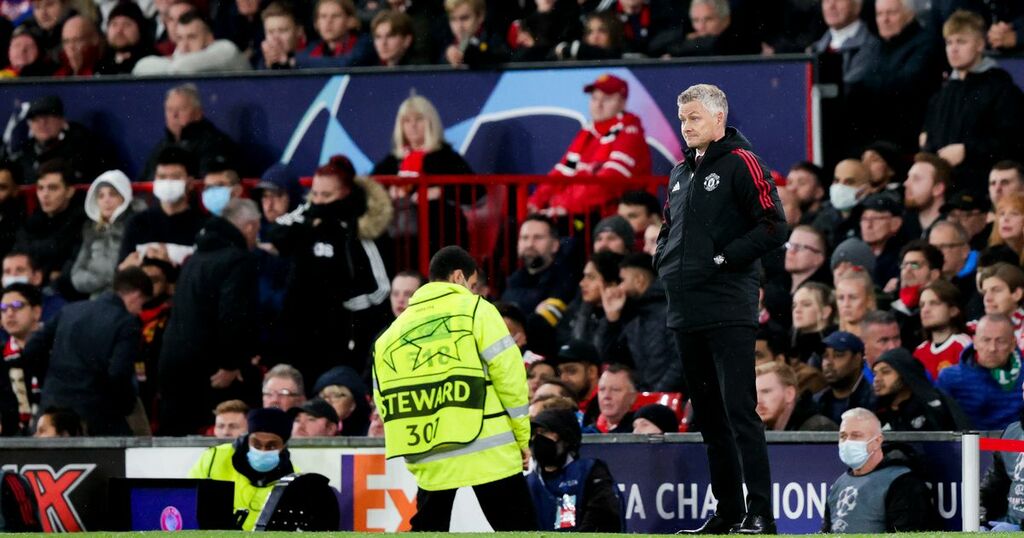 Manchester United seem to be at a crossroads.

After a historic summer signing the likes of Jadon Sancho, Raphael Varane, Cristiano Ronaldo, and of course, Tom Heaton, United seemed to have been one of the favourites for the Premier League title.

United see themselves only two points off the top spot after seven games, a better record than where they were at this stage last season. However, it can easily be debated that United have had the easiest start to the season out of the contenders, with United’s strongest opposition having been West Ham.

A lot of fans have been vocal on social media, with many pundits agreeing that the manager is at fault for the situation where United have only won five of their 10 games this season in all competitions.

Although, this job Ole Gunnar Solskjaer has ahead of him is definitely one of the hardest in world football currently, it's also eerily similar to a team from a while ago, one that he should be studying and hope doesn't replicate.

In regards to the current Manchester United team, you have incredible defenders, an insane amount of attacking talent that could match any team in the world, and a pretty decent Spanish goalkeeper in form. Obviously, they have a massive gaping hole in the midfield, and if not more specifically, the defensive midfield.

When I think of these generalised descriptions of the current United team, it makes me remember the early 2000s' Real Madrid teams, or what they became commonly known as; the Galacticos.

When a relatively young 53-year-old man named Florentino Perez won the Real Madrid presidency in 2000, he promised a radical transfer policy where Madrid would attempt to gather all the world’s best stars to play in the Santiago Bernabeu.

He obviously did it as we all know.

In the following years, Real Madrid signed the likes of Luis Figo, Zinedine Zidane, David Beckham, Roberto Carlos, Michael Owen, Robinho, and Ronaldo Nazario, some of the biggest names in world football at the time, if not football history.

They did have success at first when they brought in Figo, Carlos, and Zidane around the likes of their other stars such as Iker Casillas, Raul, Fernando Hierro, and Claude Makelele.

But the success dried up very quickly after their Champions League triumph in 2002 and La Liga titles in 2002 and ‘03.

One of their biggest problems, if not the major reason for their downfall was swapping the underpaid, boring midfielder in Makelele for the former Ballon d’Or runner-up and treble winner Beckham.

And if I haven’t been able to put it in the best light how detrimental the loss of Makelele was to the Galacticos, Zidane himself said it best;

"Why put another layer of gold paint on the Bentley when you are losing the entire engine?"

Now could you not say the same about this current Manchester United squad?

The likes of Varane and Sancho were desperately needed and the writing had been on the wall for a few years that United had to reinforce their right-wing and defenders, but anyone with a semblance of football knowledge who has watched United this season could tell, they miss an engine.

Of course, I am not saying that Ronaldo is to blame in this scenario, albeit he is very much in a parallel situation as the Beckham to Real Madrid transfer stopped the chance of Makelele staying. The signing of Ronaldo will have nullified United’s chances of buying a defensive midfielder.

With the Manchester Evening News understanding that United still have a defensive midfield signing as a priority with Declan Rice at the top of said list, it might be a little too late for Solskjaer and United this season.

As Zidane said back then and can easily be said now, United’s gold paint on their Bentley has appeased fans for the time being but soon that lack of engine will cause more disharmony within fans and another wasted season seems to be on the horizon for the Manchester United faithful.

Are you worried about the current situation at Manchester United? Follow our United On My Mind Editor Mike Parrott on Twitter to get involved in the discussion and give us your thoughts in the comment section below.