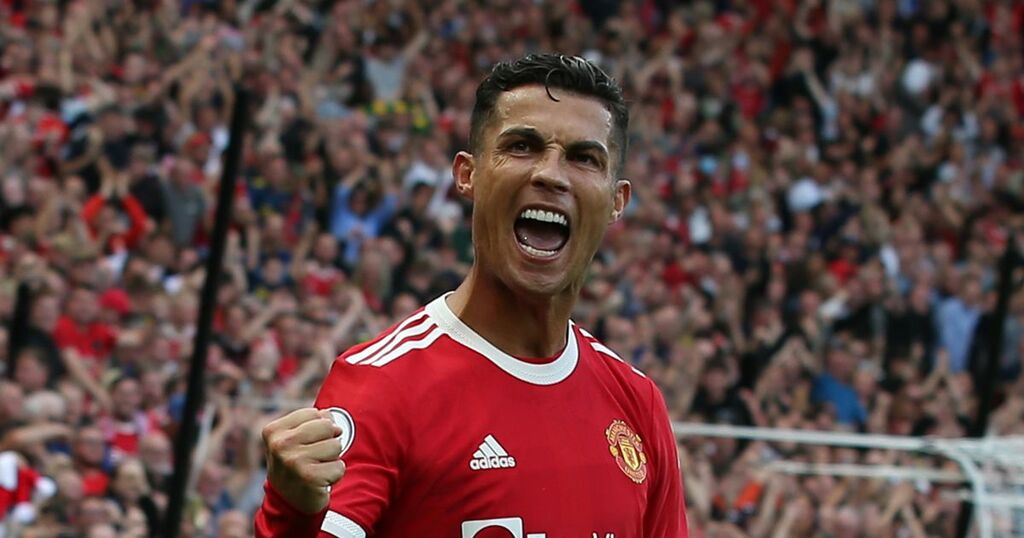 'Come to see United'? 'Come to see Ronaldo' was the chant from the Stretford End. Cristiano Ronaldo had shanked one shot, hit the side-netting, was starved of service and goaded by Newcastle supporters. A Republic of Ireland fan could have warned them what would happen next.

Ronaldo's 119th goal for Manchester United was maybe his easiest and certainly the most emotionally charged. The shrill that greeted the 45th-minute breakthrough was not tempered by the possibility of the linesman raising his flag. The replay showed Ronaldo was onside.

Thousands shouted 'siiiu' as Ronaldo thundered back down to earth in celebration. He soon walked off to the soundtrack of 'Viva Ronaldo'. Ronaldo could not resist putting his hands together. It was only half-time.

His homecoming was briefly spoilt by Javier Manquillo's polished equaliser, so Ronaldo turned the volume up again six minutes later with goal number 120. Ends Stretford and Scoreboard were both plundered. Ronaldo left supporters of all ages weak at the knees as they waved deliriously at full-time. Many stayed behind, demanding, 'bring on Ronaldo'.

Ronaldo is a more imperious presence than when he last donned red more than 12 years ago, when he was the Ballon d'Or holder. United trialled him at centre forward at the tail-end of his first spell and Ronaldo occupied that role with peerless authority against Newcastle, whose three centre halves were still breached four times.

Ronaldo's centre forward play did not have to match the level of those towering headers against the Republic in Faro. The flimsy Freddie Woodman, ordinarily the third-choice 'keeper at Newcastle, was culpable for both of Ronaldo's goals. Woodman was helpless against Bruno Fernandes' rasping clincher.

Newcastle's following heckled Ronaldo unrelentingly with some of the chants unrepeatable. They were never short of a response from the player or his worshippers. Solskjaer resisted withdrawing Ronaldo as he loitered with the intent of scoring a second hat-trick against them. It was Jesse Lingard who rounded off the scoring classily.

It was an occasion that brought back a Glazer - Avram - to Old Trafford for the first time since August 2019. Ed Woodward ended his exile that was nearing six months. Ronaldo, Raphael Varane and Jadon Sancho have banished memories of the Super League for some.

Others have not forgotten and will not forgive. Many in the Stretford End broke into a chorus of 'We want Glazers out' and 'Love United, hate Glazer' in the 86th minute. The monitor showed an uncomfortable-looking Woodward while Glazer was sat smiling.

Gary Oldman was another to cross the Atlantic and bring some Hollywood glamour to the directors' box. Ryan Giggs and Sir Alex Ferguson, involved in Ronaldo's first debut in August 2003, were in attendance, with Giggs joined by his son, Zach, a winger in the United academy.

The sight of Woodward hugging Ronaldo's agent, Jorge Mendes, as tanned as a leather belt, when Ronaldo emerged last out of the tunnel captured his United premiership in a microcosm.

The ground had not been so abuzz since United's last coronation day in 2013. The Old Trafford forecourt was teeming three hours before kick-off and there were more scarf sellers than usual. A knitted Ronaldo souvenir came at the cost of £10 and they may have sold out long before kick-off.

'Viva Ronaldo' echoed across Salford Quays and must have caused ripples in the River Irwell. Children too young to watch Ronaldo during his first spell were inside the stadium earlier than usual. One lad was four when Ronaldo left and has just finished high school.

A United matchgoer of almost 30 years and who has seen them play in almost as many countries, texted: "The buzz is amazing today." There was a palpable air of anticipation whenever Ronaldo received the ball in the channel, as he did for his winning goal, or the ball was airborne inside the Newcastle area.

Newcastle players could not have hoped for a louder greeting, their entrance for the warm-up coinciding with the maiden 'welcome back' announcement for Ronaldo. The second was so needlessly delayed it coincided with Ronaldo taking the knee.

It was somewhat inevitable that, with a line-up that placed such a firm emphasis on the attack, United were anti-climactic up front. Mason Greenwood was on the fringes until the porous Woodman spilt his shot into Ronaldo's path seconds before the half-time whistle. Sancho, impotent again, was hooked for Lingard.

Nemanja Matic failed to hold the fort and Solskjaer is bound to use this match as justification for a midfield axis in future fixtures. Matic is not mobile enough to operate it on his own and United were loose long before Manquillo overlapped Allan Saint-Maximin to equalise.

The Newcastle fans revelled in a Ronaldo miscue in the ninth minute. The first step-over came a minute later. They crowed that 'Shearer turned you down' - to which the reply came 'Shearer sent you down'. They chanted more about Ronaldo than Shearer.

They were not the only ones who had come to see Ronaldo.

READ MORE: Cristiano Ronaldo explains the next step for Manchester United this season.