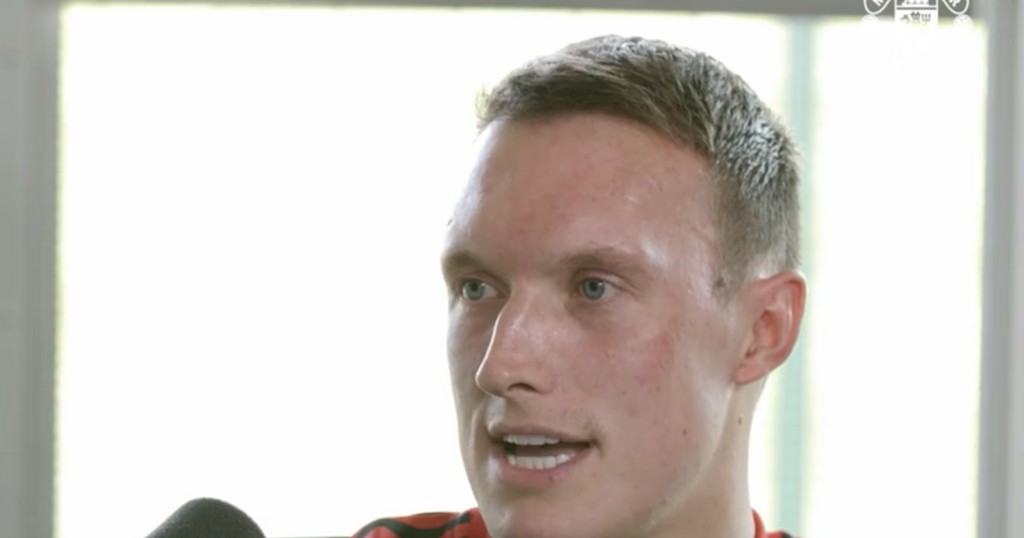 Manchester United centre-back Phil Jones has addressed the sheer level of pride he takes about his international career.

The defender, who recently made his long-awaited return from injury, featuring twice for United's Under-23s in the Premier league 2, has been a regular fixture in the England squad in the past and was part of the squad that made it all the way to the semi-finals of the World Cup in Russia three years ago.

Jones, who has 27 England caps to his name, featured twice during the tournament, which will be remembered so fondly by almost every England supporter around, including in the third-fourth place play-off showdown with Belgium.

That, however, proved to be Jones' last appearance in an England shirt, meaning he has not played under Gareth Southgate since July 2018.

Despite his long-standing omission from the England camp, Jones, who was an unused substitute in United's Carabao Cup defeat to West Ham United last month, remains proud of what he has achieved on the international stage.

Jones told the UTD Podcast : "It’s definitely something I’m proud of. Not many people can say they have played in two World Cups.

"Maybe I wasn’t a starter, but to be one of those players to be chosen by England to represent your country at any level, especially two World Cups and the Euros again, is something that I’m proud of.

"I’ve got the shirts that I wore. Definitely, a proud moment."

Although the 2018 World Cup experience in Russia is one that will no doubt live with every England player forever, purely because of what they achieved and the way they allowed the population to fall back in love with the national team, it was also a challenging period for Jones.

The former Blackburn Rovers defender's partner had just given birth to their first child and, of course, professional commitments meant that he could not be with the newest addition to his family for several weeks.

"That one was difficult," added the defender. "It was tough. She was born and I had to go straight to the World Cup in Russia. We got so far in the competition, we got to the semi-final and got knocked out to Croatia.

"To be away for five weeks from your newly born first child and my wife was tough. It was a really tough period but one you look back on and say you got through.

"I don’t think people get lost in football, but they get lost in the image of football, the games, talking about football and stuff. But you don’t realise I’m just a normal guy behind the football who goes home to his family and takes his kids to the park. Definitely, that gets lost sometimes."