Manchester Arena inquiry: 'High chance' bomb victim would have survived had he been taken to hospital before cardiac arrest 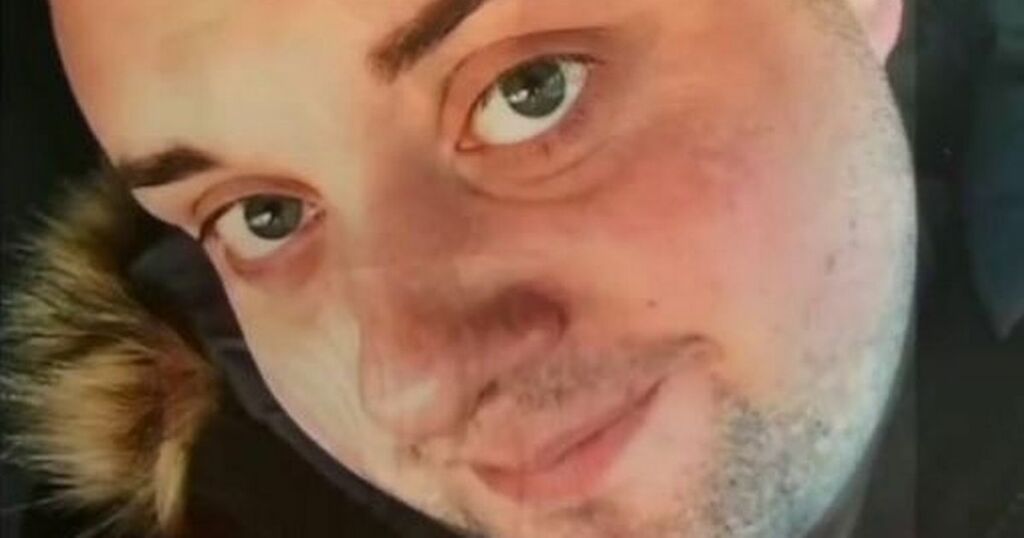 Warning: This article contains details which some readers will find upsetting.

An expert has said he believes there was a 'high chance' a healthcare worker who died after the Manchester Arena bombing would have survived had he been taken to hospital before he suffered a cardiac arrest.

Professor Jonathan Clasper's comments on John Atkinson came after a 'sombre and sad catalogue' of evidence heard on Tuesday saw causes of death formerly recorded for 21 of the 22 who lost their lives in the terror attack.

Mr Atkinson, from Radcliffe, Bury, wasn't 'triaged, assessed or assisted' by any member of North West Ambulance Service for the 47 minutes he was in the City Room blast zone after the 10.31pm explosion on May 22, 2017.

A member of the public used his wife's belt as a makeshift tourniquet and held it in place on the 28-year-old's leg throughout, which Prof Clasper praised as 'effective' in slowing down his extensive blood loss.

But Mr Atkinson suffered a cardiac arrest as he was being put onto an ambulance stretcher an hour and 16 minutes after the detonation. He sadly died later in hospital.

Prof Clasper, a member of the inquiry-instructed 'blast wave' panel of experts, said there was a 'window' for intervention of 'up to about 40 minutes' after the blast where treatment could have made a difference to the outcome.

Blood loss, the inquiry heard, can lead to hypovolemic shock, a condition in which the blood loss makes the heart unable to pump enough blood to the body, then cardiac arrest.

Prof Clasper, who served with the Royal Army Medical Corp and is a fellow of the Royal College of Surgeons of Edinburgh and London, agreed the experts believe that was the 'course' in Mr Atkinson's case.

He said once Mr Atkinson suffered the cardiac arrest, 'there was no coming back'.

But he agreed stopping his blood loss could have delayed the onset of hypovolemic shock - and delayed the cardiac arrest.

Prof Clasper said had early tourniquets been applied on both his legs, it would have 'bought him enough time' to get to hospital, where he would have had surgery.

He said: "If he had lost less blood, the cardiac arrest would probably have been delayed.

"Although these are opinions, they are not hard facts.

"He had other severe injuries, but I think if he had got to hospital without having had a cardiac arrest, given that the team were prepared for him, I think there's a high chance he would have survived.

Prof Clasper said ultimately, Mr Atkinson had a cardiac arrest because he lost too much blood.

In the second of three reports written by the blast wave experts to assess 'survivability, they said Mr Atkinson's bleeding 'appeared to be amenable to treatment outside hospital', the inquiry was told.

"We believe John Atkinson could have potentially survived in this situation with earlier treatment, namely the application of effective bilateral tourniquets," the report stated.

A principal cause of death for Mr Atkinson after a post-mortem examination was given as leg injuries.

Giving evidence cardiologist Dr Paul Rees, who has served in Iraq and Afghanistan, said the presence of minor, pre-existing ischaemic heart disease in Mr Atkinson didn't, in his view, contribute to his death.

He said he believed it didn't contribute to Mr Atkinson's blood loss, his subsequent cardiac arrest or the inability to successfully resuscitate him.

Dr Rees told the inquiry: "The primary contributor to his very sad deterioration is the degree of hypovolemic shock. That's by far the most significant contributor to him ending up in a state of cardiac arrest."

He agreed that hypovolemic shock from bleeding was 'the primary cause of the cardiac arrest'.

Dr Rees, in his report to the inquiry, said if it had been possible to extract Mr Atkinson from the City Room 'and deliver him safely to a pre-alerted trauma team with access to extensive blood products before cardiac arrest ensued, then survival might have been possible'.

He agreed, however, with Prof Clasper, saying once the cardiac arrest had occurred, 'survival was extremely unlikely'.

After seeing the report from Dr Rees, Professor Jack Crane said he and Dr Philip Lumb, a reviewing pathologist, concluded the cause of Mr Atkinson's death was leg injuries - and his heart disease should not be included in the conclusion.

Earlier on Tuesday, the inquiry examined the 'survivability' of 20 other victims in turn, with the medical causes of their deaths also formerly recorded.

Evidence relating to Saffie-Rose Roussos, who aged eight was the youngest victim of the bombing, will be examined at a later date, although it's been suggested that she, too, could also have survived with better medical care.

The chairman of the inquiry, Sir John Saunders, said the evidence heard on Tuesday represented a 'sombre catalogue'.

"We have never not had John in our minds."

Sir John said there had been 'careful discussion' between the families and the inquiry on 'how best to present this evidence'.

Paul Greaney QC, counsel to the inquiry, said the evidence needed to be adduced and 'adduced formerly in order that the inquiry can also fulfil the function of an inquest and provide a medical cause of death'.

"It's been a matter of regret that we have had to deal with this so formerly, but I know that everybody accepts that it has been necessary to do so," he added.

Suicide bomber Salman Abedi detonated a device in a backpack as concert-goers were leaving an Ariana Grande gig at the venue.

Abedi's brother, Hashem Abedi, is serving a minimum of 55 years behind bars for his role in helping his sibling prepare for the attack.