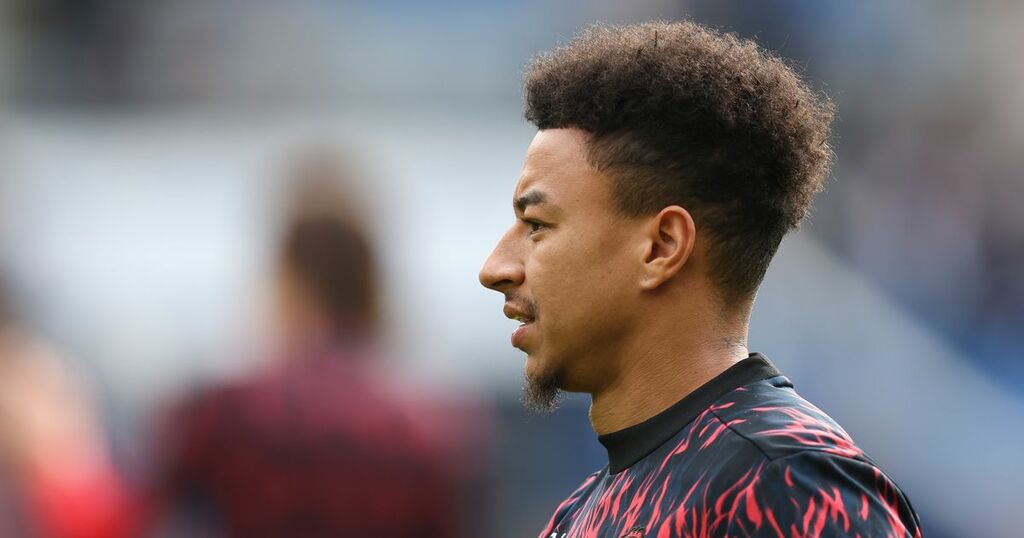 Newcastle pull out of race for Jesse Lingard and other Manchester United transfer rumours
Despite their financial resources, the Magpies are not sure on Lingard's proposals

As Ralf Rangnick closes in on his final game as interim manager of Manchester United, Mirror Football looks at some…

Man Utd's Paul Pogba has been linked with a shock move to Manchester City in recent days.

The United interim manager is thought to be a huge fan of the RB Leipzig star, although he was reportedly…

Manchester United have reportedly been told that they will have to pay Konrad Laimer's £34million release clause in order to prise him away from RB Leipzig.

The 24-year-old is said to have been recommended to the Red Devils by interim manager and future consultant Ralf Rangnick, who signed Laimer for Leipzig and will soon reunite with him as head coach of the Austrian national team. But Sport Bild, as relayed by transfermarkt, report that United will not be able to sign the box-to-box midfielder, who is regarded as one of the best in Germany, unless they stump up the cash required to trigger his exit.

Despite interest from fellow Bundesliga clubs Bayern Munich - said to be preparing a bid for Laimer - and Borussia Dortmund, Leipzig are digging their heels in with the hope of keeping their star beyond the summer transfer window, much like highly sought-after forward Christopher Nkunku.

The midfield dynamo, renowned for his stamina and pressing ability, was snapped up by Red Bull Salzburg in 2014 and then Leipzig three years later. At the time of both moves, Rangnick was working as the two club's shared sporting director and the acclaimed German coach remains a fan of Laimer to this day.

The Austrian recently revealed to Sport Bild how excited he was to work under Rangnick again at international level by declaring: "I am very happy that he will become our coach. know him well, know what he can do and I am sure that he can make us better as a team and each individual. I am confident that we have very successful years ahead of us and look forward to seeing him again as an OFB trainer in the summer at our next course."

Have your say! Should Man Utd pay Laimer's release clause? Tell us your thoughts in the comments section.

But it will be Erik ten Hag coaching him at Old Trafford if he makes the move. The current Ajax boss will hold talks with Rangnick at the end of the season to discuss rebuilding the squad and is keen to upgrade the Red Devils' midfield department. A particular area of weakness in the post- Sir Alex Ferguson era, United are set to say goodbye to Paul Pogba, Nemanja Matic, Juan Mata and Jesse Lingard when their respective deals expire next month.

Laimer recently broke his silence on transfer links ahead of his side's crushing Europa League semi-final defeat to Rangers and told reporters: "As of now, I'm playing for RB Leipzig. My contract runs until 2023 and doesn't make sense to talk about [transfer rumours] in this current, decisive phase of the season.

"Otherwise, there would only be unrest and I'd have to worry about things that aren't the most important right. I'll be 25 in May and have enough experience to make such decisions clearly. I need a good feeling. I have to like what people tell me. It's about the plan with me and with the team.

"Of course, it's also about goals. If I'm convinced of that, I'll do it. Every player and every situation is different. What happened to one player doesn't necessarily happen to another. Sometimes it also depends on what type of player you are and what makes you tick. Getting information is good, but I make decisions myself. I concentrate on myself, not on the way of others."

Newcastle pull out of race for Jesse Lingard and other Manchester United transfer rumours
Despite their financial resources, the Magpies are not sure on Lingard's proposals

As Ralf Rangnick closes in on his final game as interim manager of Manchester United, Mirror Football looks at some…

Man Utd's Paul Pogba has been linked with a shock move to Manchester City in recent days.

The United interim manager is thought to be a huge fan of the RB Leipzig star, although he was reportedly…