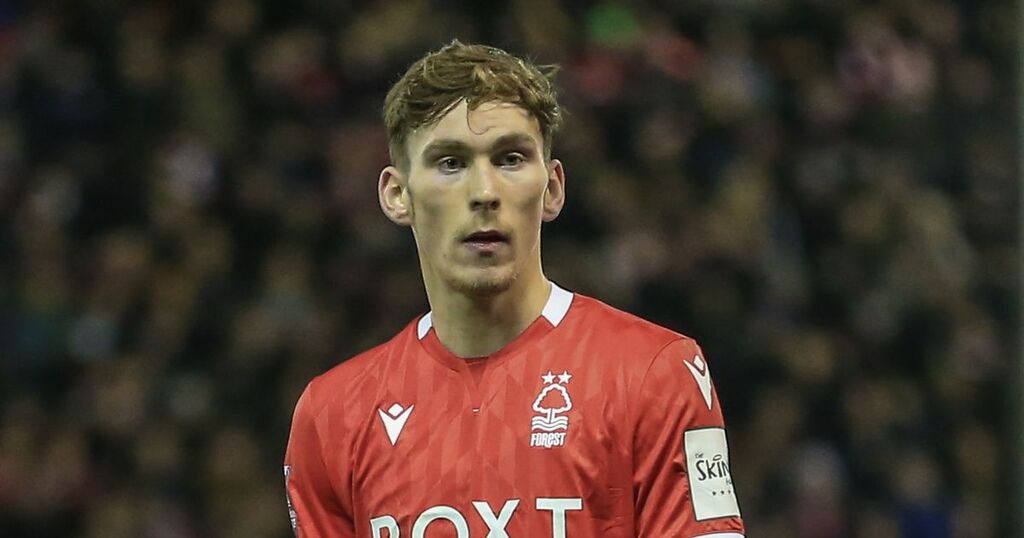 Manchester United 's 2022 got off to a bad start with defeat against Wolves on January 3.

Tonight sees them attempt to rectify that with an FA Cup third round tie against another Midlands outfit, Aston Villa.

It is likely to see interim boss Ralf Rangnick shuffle his pack with a clutch of fringe players hoping to get a rare start at Old Trafford.

But what about those players away from the club?

Over the summer, United sent a batch of players out on loan. And a handful of them were despatched to teams in the EFL as they look to continue their development.

Here, we look at how they got on during what was a busy weekend across the FA Cup and Leagues One and Two.

Have Your Say! Which Man Utd loanees will make the step up to the first team? Tell us your prediction here.

Forest sealed a 1-0 win in the third round at a buzzing City Ground, with sub Lewis Grabban notching a late winner.

It was a composed performance from Garner, who is in his second loan stint with the East Midlands club.

He completed the full 90 minutes and his individual statistics show he won 100 per cent of his aerial duels, with a 76 per cent pass accuracy.

He also came close to finding the back of the net with a long-range free-kick that Gunners' stopper Bernd Leno did well to keep out.

Encouraging stuff from the 20-year-old.

Read more : 5 Man Utd wonderkids who could save Rangnick millions in January

Bernard played the full 120 minutes as Hull City narrowly lost out to Premier League side Everton in a tie that went to extra-time.

Hull took the lead early on before Everton turned the game on its head. City levelled to take the tie into a final half-hour and that's when the Toffees' quality ultimately told with Andros Townsend firing the decisive fifth goal.

Bernard, making his 20th appearance of the season, had a busy night up against Everton's Demarai Gray and did well for the vast majority of the contest. He will have enjoyed testing himself against Premier League opposition.

Defender Mengi joined up with Championship side Birmingham last week, stating he was looking forward to playing regular football after spending the first half of this season with United's under-23s.

But he won't have exactly enjoyed his Blues' debut as Lee Bowyer's side suffered a mini-shock in the FA Cup.

City lost 1-0 at home to League One side Plymouth Argyle after extra-time.

Mengi and his colleagues were hampered by George Friend's dismissal midway through the first half. Nevertheless, Mengi was arguably Blues' most impressive player and demonstrated his pace and power over the course of the 120 minutes.

Despite the defeat, it was an encouraging maiden outing for Mengi.

The winger was impressing at Swansea in the first half of the campaign before United decided to recall him and despatch him to second tier rivals Bournemouth.

Laird sat out the Cherries' FA Cup win at Yeovil on Saturday.

Speaking about the loan switch, Swansea boss Russell Martin was far from happy about Laird being taken away from his side.

He said: "Very disappointed. Disappointed that we didn’t know much about it, or anything about it.

"It’s not a position we were looking to recruit in. The lack of notice was a bit of an issue, but it is what it is. That’s the issue with loan players, when you have a loan player and he does well.

"But his parent club have decided it’s better for him to go and play in a slightly different position with a different club in this league who are fighting hard for promotion. That’s their prerogative. That is the danger you have with loan players."

Goalkeeper Bishop saw his Mansfield side stage a great comeback but ultimately they fell to defeat in the FA Cup third round.

They trailed 2-0 early on to Championship side Middlesbrough, with Bishop not at fault for either goal. In fact, it could have been a much bigger margin were it not for some superb stops from the 22-year-old.

He pulled off two stunning saves to keep out efforts from Uche Ikpeazu and Josh Coburn. Mansfield made it 2-2 with five minutes to go but ultimately Boro won the tie after John-Joe O'Toole's unfortunate own goal in stoppage time.

Had they made it through to round four, they would have been drawn away against the winner of the United versus Villa cup tie.

The Northern Ireland international struggled as lowly Doncaster fell to another defeat on Saturday.

Rovers were beaten 1-0 at home by Fleetwood in a potentially damaging result.

It means they are still bottom of League One and now nine points adrift of safety. Galbraith played the full 90 minutes but struggled to put his usual stamp on the game.

He has recently been linked with a loan switch elsewhere, so it remains to be seen how many more outings he will make for Rovers.

The strange case of Mellor took another turn last weekend.

The 21-year-old joined Salford City back in August, signing for the whole season with the Ammies.

But his only match action for the League Two side had previously come as a stoppage time substitute in a win over Newport way back in September.

Since then he had not even featured in a matchday squad with little said publicly about whether his absence was injury-related or not.

On Saturday, he was involved in a Salford squad for the first time since September 18. He was an unused sub in the 2-0 win away at Newport.

It remains to be seen whether he will remain with Gary Bowyer's side.