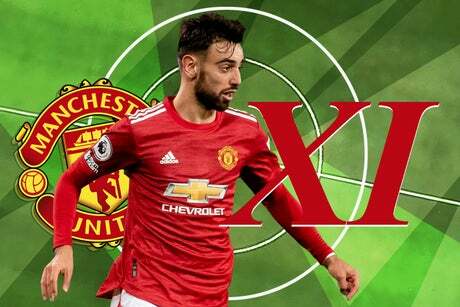 Michael Carrick will be in charge of Manchester United for this evening’s big Champions League tie against Villarreal.

Ole Gunnar Solskjaer worked closely with the former midfielder since his arrival, Carrick having joined the backroom staff under Jose Mourinho in the summer of 2018.

Speaking to the media on Monday, the 40-year-old told fans not to expect a revolutionary transition away from how Solskjaer had set the side up, as he kept his selection cards close to his chest. He said: "We will have to wait and see really.

"I worked with Ole closely, we have similar beliefs as a coach and manager. I have my own personality but it is very similar because that is why we worked together. I'm not giving my plans away but I am very clear in my own mind."

Therefore he has continued with the 4-2-3-1 system with a handful of personnel changes following the 4-1 hammering at Watford.

Bruno Fernandes is the key man missing out and forced to make do with a spot on the bench, alongside Marcus Rashford and Nemanja Matic. Alex Telles comes in for Luke Shaw due to a fresh concussion blow for the England international on the weekend.

Donny van de Beek and Anthony Martial get the nod in attack alongside Cristiano Ronaldo and Jadon Sancho. Fred and Scott McTominay return as the central midfield pairing.