Manchester United captain and England star Harry Maguire has married his partner in a low-key ceremony today. Harry left United's Carrington training ground shortly before midday and headed off to the registry office in Crewe where fiancée Fern Hawkins was waiting for him.

The guests were only told the venue in a text message earlier on this morning it is understood. The couple met over 10 years ago and chose to keep all of the details a secret from everyone except close friends and family.

They will say their vows again this summer at a romantic venue in France. Only a small number of loved ones attended the ceremony today reports The Mirror .

Maguire was dressed smartly as he arrived shortly before 3pm. He was joined by his parents, Zoe and Alan, who travelled from their home near Sheffield for the ceremony.

"It was a closely guarded secret to all but their closest family and friends," said a source. "They wanted to be officially married in the UK before they head to France.

"That will be a fairytale wedding day for Fern." It is understood Harry's sister Daisy, 21, will be bridesmaid at the ceremony in Burgundy. His brothers Laurence, 25, and Joe, 30, will also be there, plus England goalkeeper Jordan Pickford and his wife Megan Davison, who is a bridesmaid.

Harry and Fern, both 29, first met when they were just 18. At the time Maguire was part of Sheffield United's youth team. Fern, who has a first-class degree in science and physiotherapy, later became a student and graduated in 2017.

The happy couple have been engaged since 2018 and are parents to Lillie Saint, three, and Piper Rose, born in May 2020. Man Utd made Maguire the most expensive defender in the world when they signed him from Leicester City for £80m in 2019. 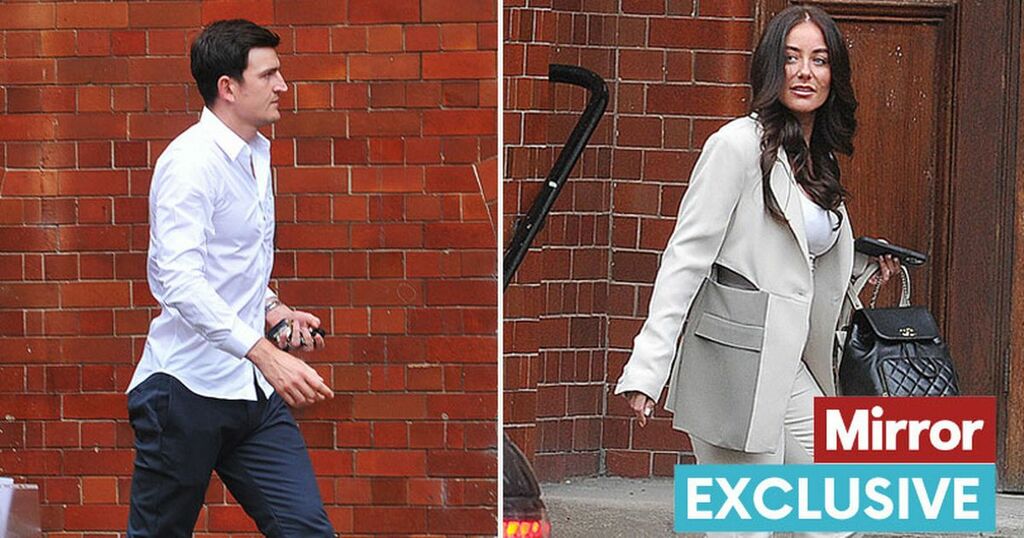