Man stabbed himself and set fire to £400,000 house to punish his husband 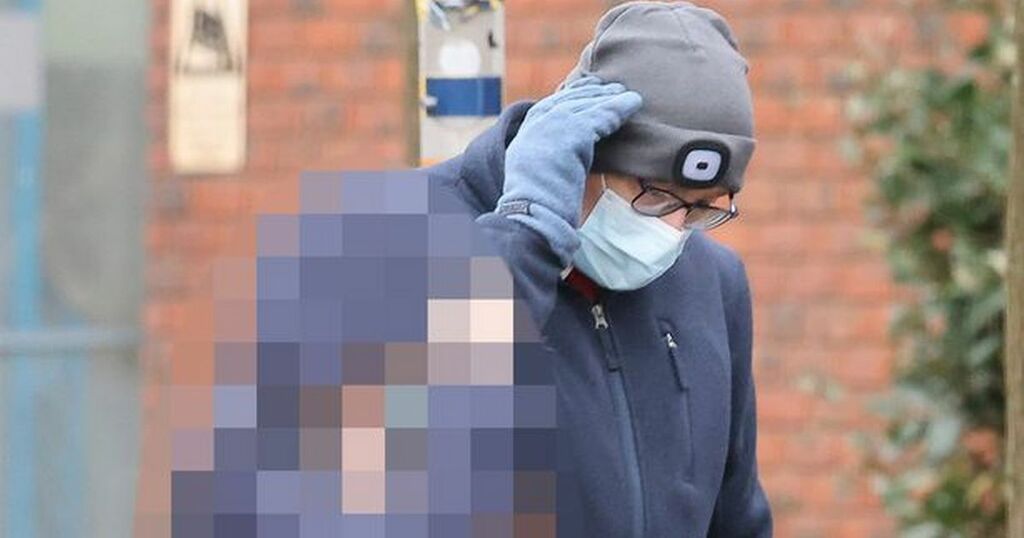 A man who claimed his husband psychologically tortured him stabbed himself and set fire to their home in a botched suicide attempt.

Andrew Foster, doused the ground floor in petrol before dropping matches around his £400,000 house as his husband was out doing shopping in a bid to prevent his partner owning the house.

Weeks earlier Foster had discharged himself from hospital after being admitted in January 2021 following a suicide attempt.

However, when he was confronted by a concerned neighbour in the garden as his kitchen was ablaze, Foster claimed he carried out the act because his husband and his family had been cruel to him for a few months.

Yesterday, Foster was sentenced to 18 months in prison, suspended for two years by a judge, according to Stoke-on-Trent Live.

Prosecutor Peter Gilmour said Foster and his husband lived in Gladstone Place, Penkhull, and on August 25 his husband returned home at 12.45pm.

Mr Gilmour said: “He could see smoke coming from the kitchen window. He ran to the house and tried to open the French doors. They were locked. The sofa was on fire. He ran to the side of the property and could see a trail of blood. He found the defendant lying in the garden covered in blood.”

Andrew Foster, aged 53, admitted arson being reckless as to whether property was damaged.

In his police interview Foster admitted arson. He said his husband had been psychologically torturing him. He said he put the dogs in the car to get them safe and added he wanted to ‘end things’.

He got petrol from the shed and doused it over the house and drank a quarter of a bottle of brandy. He lit matches and flicked them everywhere.

After a while he went outside and stabbed and cut himself. He said he intended to burn down the house so his husband could not have it.

In a victim statement, Foster’s husband talked of his love for him. He said the loss was not insured because the damage was caused by Foster, who was one of the joint owners of the house.

Foster, of The Avenue, Basford, pleaded guilty to arson being reckless as to whether property would be damaged.

Stephen Rudge, mitigating, said Foster is receiving substantial psychiatric support and has engaged fully with mental health services. He said if Foster was sent to prison it would put at risk all the work that has been achieved to date.

Mr Rudge said: “It is quite clear he was mentally ill at the time. He tried to commit suicide in January 2021. It led to a period at the Harplands Hospital but it did not make those feelings go away.

“He was faced with what he saw were insurmountable problems with the marriage and the loss of the family home, which was being sold, and he decided once again to take his own life. He thought only of ending his own life. It was the easy way out and was brought about by the mental state he found himself in.

“He made sure no-one else was present. The accelerant was in the shed. He came to that horrible conclusion that he could see no way forward other than to kill himself.

“He has been receiving help and treatment. He is somebody I would hope would never come before a court again.

“He is apologetic to his husband, to his family. He appreciates his behaviour was selfish.

“He does not seek to oppose the divorce.”

Judge Paul Glenn said he was just about persuaded he could pass a suspended sentence. As part of the order Foster must complete a rehabilitation activity requirement for 30 days and a six month electronically-monitored curfew from 7pm to 7am.

Judge Glenn said: “You set fire to an address you shared with your husband. The offence occurred not long after you discharged yourself from the Harplands Hospital.

“You had the presence of mind to move your car from its place on the drive to the street before you started the fire. Your dogs were in the car.

“Your husband must have been completely shocked to find the property alight.

“There was a neighbour in attendance. He had very bravely gone in the property looking for you and had been beaten back by the flames.

“You spoke to him about why you had done it. You said your intention was to end things and to burn the house down so your partner could not have it if you succeeded in killing yourself. That was spiteful.

“You are an intelligent man. I accept the risk of you re-offending is low.”

Foster was ordered to pay £670 costs.

The judge added that he hopes the victim can recoup some, if not all, of his losses in the civil court.