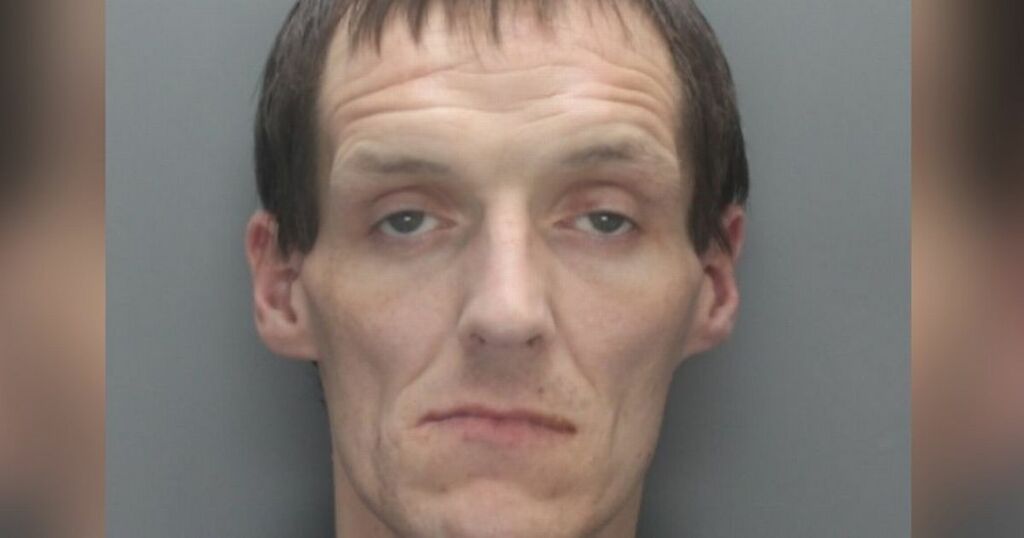 A man was found dumped on the street wearing just his underwear and holding a knife after a gang sought money for a debt he owed.

James Riley, whose life was left traumatised after finding the body of murdered toddler James Bulger when he was a teenager was found on the streets in his underwear with the weapon.

He made the shocking discovery in 1993 on a railway line in Walton when he was just 14 years old along with his brother Terence.

Aberdeen Sheriff Court heard what he encountered 28 years ago has left a lasting impact on his life.

The 42-year-old ended up appearing at the city's sheriff court after he was dumped on the street by men who had stripped him of his clothes looking for money to pay off a debt he owed.

Riley, who has a string of previous convictions, as well as a drug problem, appeared via videolink and admitted to being in possession of a knife on Cornhill Drive, Aberdeen on April 25 this year while heavily intoxicated.

He also admitted resisting police as they tried to take fingerprints and DNA samples and of using offensive remarks relating to sexual preference.

The court heard how Riley, originally from Liverpool, now suffers from depression and post-traumatic stress disorder as a result of finding two-year-old James Bulger’s mutilated body nearly 30-years ago.

James disappeared while shopping with his mother at New Strand Shopping Centre in Bootle, Merseyside in 1993.

The toddler’s death led to the conviction of 10-year old boys Robert Thompson and Jon Venables.

Riley, who has previously said the trauma of the discovery led him to a life of crime, had been stripped by unknown men and forced out of a car in his underwear, Aberdeen Sheriff Court heard.

Fiscal depute Lucy Simpson told the court that Riley was reported to police by members of the public who saw him acting in an “erratic manner” at 7.30am on the day in question.

She said the 42-year old was seen standing next to a white motor vehicle in his underwear and was seen holding an orange knife in his hand.

When police arrived and searched Riley he was no longer in possession of the knife, which they soon discovered hidden under the car.

He was taken to Kittybrewster Police Office where he resisted officers as they attempted to take fingerprint and DNA samples.

As he was being returned to his cell, Riley then made a number of derogatory and homophobic remarks and uttered threats of violence to police officers.

Defence agent Kevin Longino told the court that Riley had an “extensive” criminal record and a “massive drug problem”.

He also claimed that the 42-year old suffered from depression and post-traumatic stress disorder as a result of discovering James Bulger’s body with his younger brother, Terence, in 1993.

He added: “His family have described him as having gone off the rails.

“Mr Riley had built up so much drug debt in Liverpool that he came up to Aberdeen to escape it.

“He has said he was later picked up by a group of men and was put into a car where removed his clothes as they looked for money.

“They then threw him out of the car and drove off.”

Mr Longino added that Riley was “very intoxicated” during this incident and later at the police station - but said his client “at no point threatened anyone or did anything with the knife”.

Sheriff Morag McLaughlin deferred sentence on Riley, whose address was given as HMP Grampian, in order for a criminal justice social work report to be carried out.