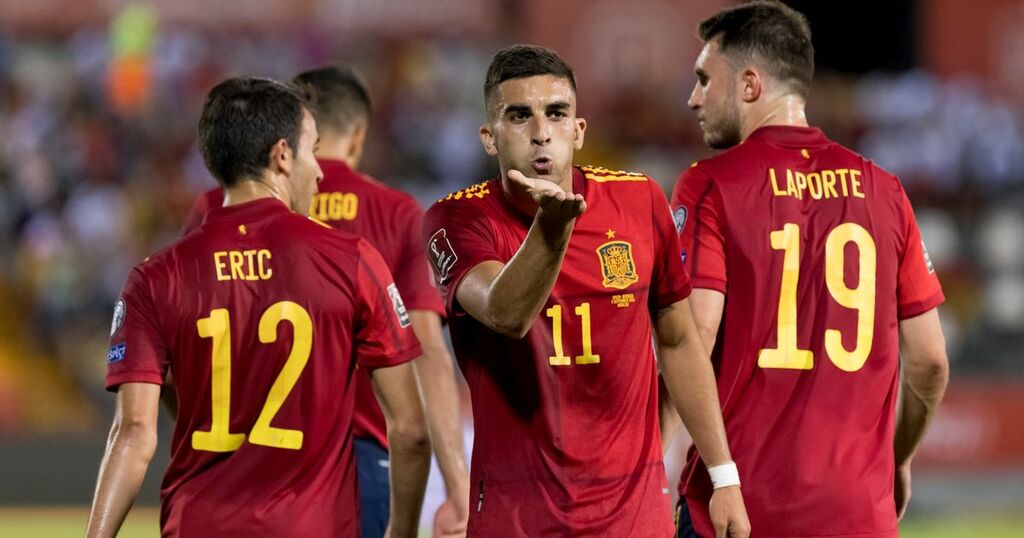 Football is littered with stories of players whose careers were transformed by circumstances thrusting them into positions, or situations, that they would not normally occupy.

The fruitless pursuit of Harry Kane has shoved Torres into a central role in which he showed he could play last season, but which was seen as a stop-gap solution.

His two goals against Arsenal were Sergio Aguero -esque and he has snapped up two more for Spain in the international break - he is close to being a cert for Pep Guardiola ’s starting XI today.

If he continues his development at this rate, Manchester City may no longer need to seek a replacement for the club’s all-time leading scorer.

The City midfielder has missed the start of the season - bar for the closing stages of the opening-day defeat at Spurs - due to the ankle problem he sustained at Euro 2020 in the summer.

His return to training this week is a massive boost, and he is expected to be on the bench.

Pep Guardiola has pushed him back into the starting XI before now, and it would be no great surprise if he lines up at the King Power.

But his presence will be a reminder to the rest of the squad that competition for places is getting tougher - and with Phil Foden also back in squad training yesterday it will only get harder.

Vengeance in the air

Leicester are a constant thorn in the side for City and Pep Guardiola - their 5-2 win at the Etihad last season was the manager’s worst home defeat and a serious shock to the system for the Blues.

That was against a badly under-strength defence, as was the Foxes’ Community Shield victory last month.

Footballers rarely talk of revenge, but with most of their squad back, City will be aiming to get one back on Brendan Rodgers’ side.

Select your preferred City XI to face Leicester, without Ederson and Jesus, using our tool:

The news overnight that Brazil has lifted its bizarre ban on Ederson and Gabriel Jesus playing was disappointing for those who were enjoying the drama of Scott Carson being called up for one unexpected, final Premier League game.

But Carson was honest enough to say, when he was gifted an appearance in the dead-rubber 4-3 win at Newcastle last season that he thought his Premier League days were all behind him.

Pep Guardiola stoically defended his third-choice keeper, saying he would not be in the squad if he was not trusted - but the fact Ederson will start must be a relief.

Who do you think is a must starter at Leicester tomorrow? Let us know in the comments section here

The fight for a place in Guardiola’s team is incredibly tough.

Riyad Mahrez shone like a beacon in preseason and made an impact as a sub against Norwich and Arsenal, but has played second fiddle to Jesus in the last two games.

Raheem Sterling starred for England in midweek but is by no means guaranteed a starting place at Leicester, with Jack Grealish preferred on the left and Ferran Torres in fine goalscoring form with two against Arsenal to make a strong claim down the middle.

Grealish can play centrally, especially with De Bruyne sill not 100 per cent, but Ilkay Gundogan has also begun the season well.

Guardiola’s problem is that picking on form he needs 17 or 18 places in his team!