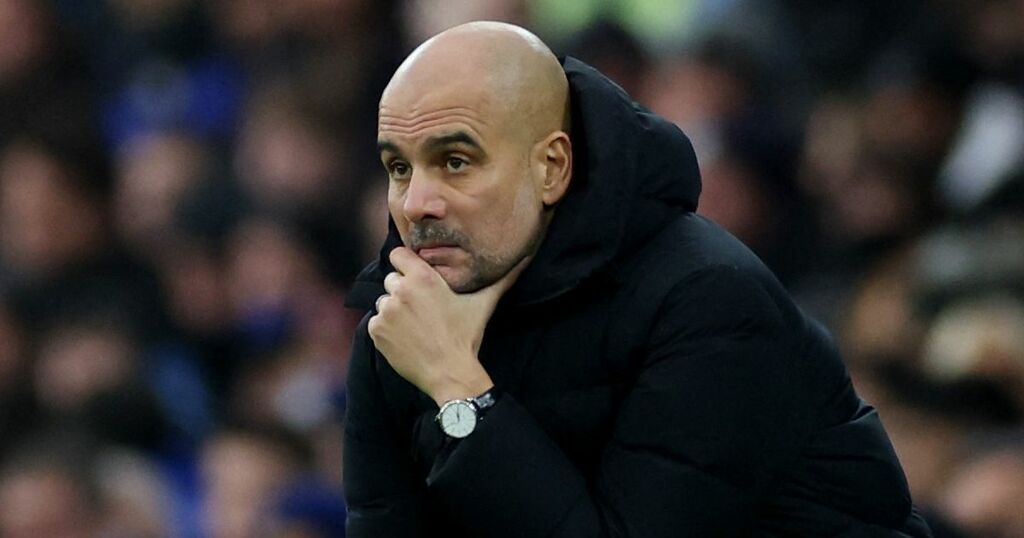 Manchester City have a new target in their bid to find a top-class centre-forward, according to reports.

Pep Guardiola is yet to find a replacement for Sergio Aguero following his move to Barcelona last summer.

The club failed in their attempts to bring Tottenham Hotspur captain Harry Kane to the Etihad Stadium last summer and have also been linked with a move for Borussia Dortmund 's Erling Haaland.

It comes following claims that Barcelona wonderkid Gavi has "rejected" Pep Guardiola's offer to move to City as the club is also said to be compiling reports on an exciting 15-year-old Brazilian.

Here are all the latest Man City transfer rumours.

Have Your Say! Who do you want Man City to sign in January? Let us know in the comments here.

Manchester City are "excited" by a young Brazilian prospect and have "compiled a report" on his potential, it has been claimed.

R7, via Sport Witness, claims City have reached out to 15-year-old Palmeiras star Endrick after the youngster burst onto the scene in his home country.

A clip emerged this weekend showing the youngster, who was born in 2006, intercepting a wayward pass before immediately turning 180 degrees and skinning a defender.

He then pushes the ball beyond a second opponent before effortlessly chipping the rushing goalkeeper.

The report adds Pep Guardiola's side could have an advantage in the race to land the youngster, with Gabriel Jesus having already made the switch from Palmeiras to City.

Barcelona youngster Gavi has turned down a move to the Etihad Stadium, according to reports.

Gavi has already broken into the Spain national side despite being just 17 years old and reportedly has a £42million release clause in his current deal with the Catalan giants.

That clause has turned the heads of clubs from across Europe, but El Nacional claims the youngster has already turned down an offer from Pep Guardiola.

The report adds Gavi "will reject the proposal of the reigning Premier League champions, even though it is very tempting" as he wants to remain at Barca and develop under club legend Xavi.

It is also reported that Gavi does not speak English, and his adaptation would be "quite slow and complicated".

Fichajes reports Pep Guardiola wants to make the Czech striker, who has netted 18 goals in 19 games so far this season, the attacking "reference point" for his side this summer.

The report adds that City boss Guardiola has personally requested the signing of Schick as he looks to finally land a replacement for club legend Sergio Aguero.