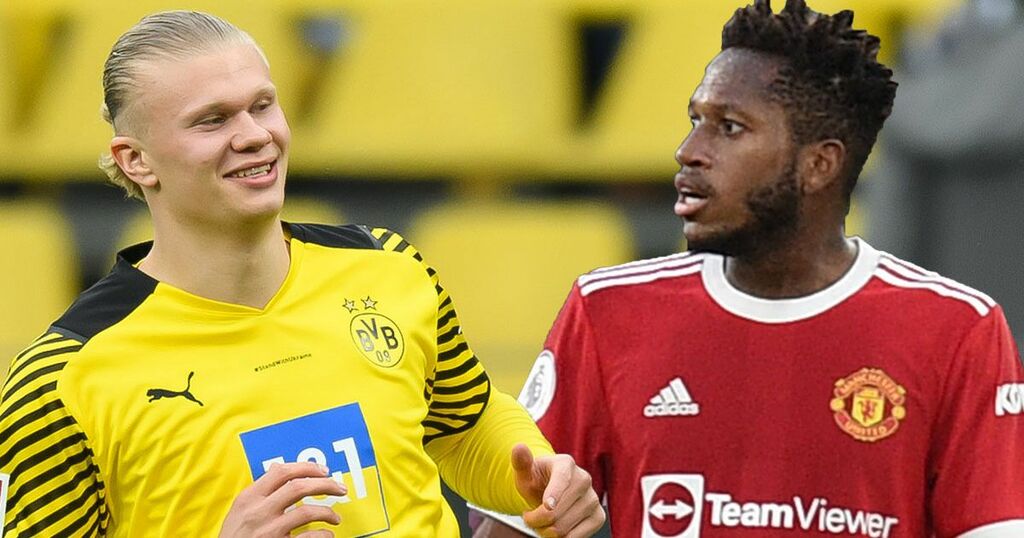 Manchester City have completed the huge signing ahead of the summer, with Haaland set to complete his move from Borussia…

Motorsport
From analysis to good news, read the world’s best news in one place
Emma Raducanu playing without expectation at French Open in bid to build Grand Slam fitness levels

Manchester United midfielder Fred has reportedly been the butt of behind-the-scenes jokes at Manchester City after they secured the sensational signing of Erling Haaland.

The 21-year-old has joined Pep Guardiola 's team in a blockbuster transfer deal, putting pen to paper on a five-year contract which Mirror Football understands will see him earn wages worth £400,000-a-week. But what makes the move even more bonkers is that City have only paid £51million to bring Haaland to east Manchester, less than what United forked out for for Fred in 2018.

Shakhtar Donetsk held out for £52m in order to sell the Brazilian four years ago, while Borussia Dortmund were hamstrung by the fact Haaland had a release clause which had been agreed since January 2020 when he left Red Bull Salzburg.

According to ESPN, Etihad insiders have been joking about how much their bitter rivals stumped up for Fred, having managed to win the hottest transfer race in football for a lower fee. Haaland has scored a mind-boggling 85 goals in 88 games for Dortmund, making himself the world's most sought-after striker.

United, Barcelona, Real Madrid and Bayern Munich were all linked among other potential suitors, but Guardiola and co captured his signature in a move that was confirmed on Tuesday after the Norwegian completed a medical. The City boss is yet to comment on the transfer, unlike Liverpool manager Jurgen Klopp.

"[He's a] good player," Klopp said after the Reds' nail-biting 2-1 victory over Aston Villa. "But City was never and will never be a team that wins games because of one player. I think Erling will realise all of a sudden he will score a lot of goals on the second post, where he just puts a foot in, so he will love that. How much better does he make them? A lot! Unfortunately, he's a really good signing."

Have your say! How many goals will Haaland score for Man City next season? Give us your prediction here.

Jamie Carragher, however, reckons that Haaland's arrival will not take City to another level. "It makes Man City stronger, of course it does. But I look at it a different way," Liverpool legend Carragher explained on Sky Sports. "There are so many points you can win in a season. Haaland is not going to elevate City to a different level, they are already at that level of getting 96 to 100 points a season.

"There will be small differences in certain games. You think back to Manchester City's semi-final defeat to Real Madrid - if Haaland is playing, you would expect City to get through. I'm talking about making the difference there. There is not a huge jump for City to make - they are already at the highest level.

"Consistency-wise, over the last three or four years, they have probably been the best in Europe. It's just to make a small difference in the biggest of games, such as those against Real Madrid."

Manchester City have completed the huge signing ahead of the summer, with Haaland set to complete his move from Borussia…