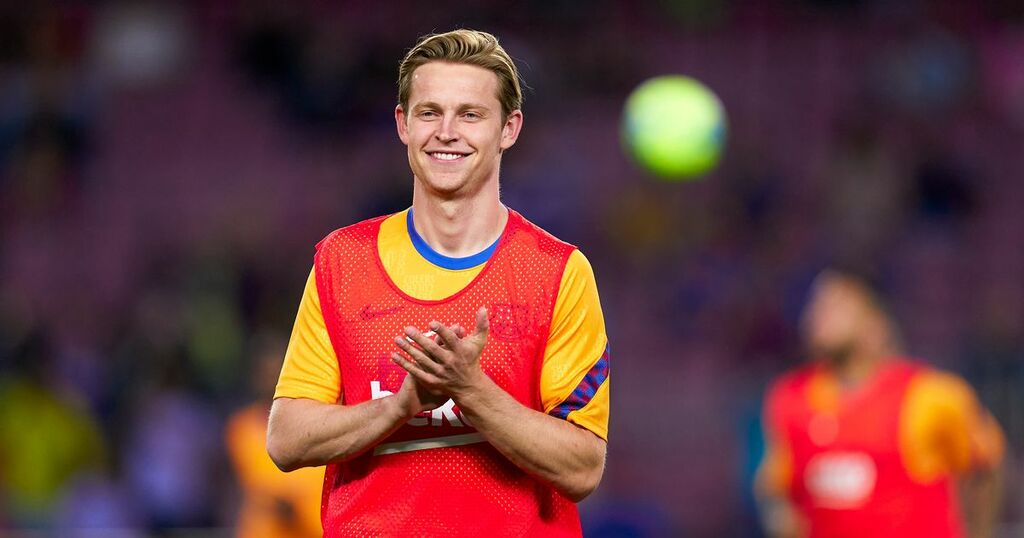 Man City looking to 'hijack' Manchester United's Frenkie de Jong move and more transfer rumours
Manchester United are understood to have contacted Barcelona over De Jong's availability, but City could be ready to swoop in.

Manchester City fans have picked who they'd like to see start against Wolves in the Premier League.

But if he does quit the Nou Camp for Manchester it is more likely to be for the Etihad according to Mundo Deportivo.

But that appears to be jumping the gun with the prospect of Europa League or worse proving a sticking point and if Ten Hag draws a blank City could be poised to swoop.

Guardiola needs a replacement for Fernandinho and chased De Jong in 2019 only for the Netherlands international to choose the Catalan giants.

According to Mundo Deportivo City midfield wizard Bernardo Silva would appear to be a perfect fit for Xavi’s Barcelona rebuild and could be used to oil any deal.

Gabriel Jesus seems increasingly likely to be playing at Emirates this season if reports are to be believed.

But the Brazil striker’s agent has admitted as many as six European clubs are chasing his signature if he is on his way from the Etihad.

‘We had discussions with Arsenal about Gabriel Jesus and yes, we like the project,’ Marcelo Pettinati told Fabrizio Romano.

According to Goal, Arsenal have already put together a formal proposal but it currently falls short of City’s asking £50m price, but further talks are anticipated.

Rodri looks likely to plug the gap in Pep Guardiola’s increasingly threadbare defence against West Ham this weekend as City limp towards a fourth title in five years.

Guardiola has been left with just Nathan Ake upright after Fernandinho and Aymeric Laporte added to Ruben Dias, John Stones, Kyle Walker on the treatment table.

Youngsters Luke Mbete and CJ Egan-Riley are on hand and will be involved in the matchday squad.

But the City boss believes it could need the physical presence of Rodri against a Hammers front line led by the imposing Michael Antonio and still chasing points for a Europa League spot.

Man City looking to 'hijack' Manchester United's Frenkie de Jong move and more transfer rumours
Manchester United are understood to have contacted Barcelona over De Jong's availability, but City could be ready to swoop in.

Manchester City fans have picked who they'd like to see start against Wolves in the Premier League.