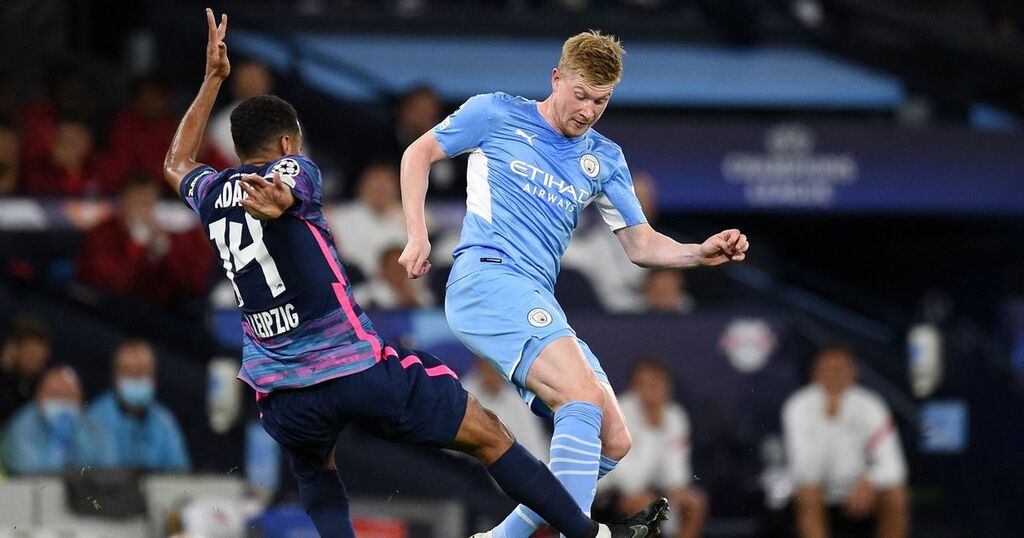 Ederson - No chance with Leipzig's goals in his 50th Champions League appearance, and had little else to do. 6

Ruben Dias - His passes to the unmarked Grealish are becoming a feature for City. Defending not great, though. 6

Aleks Zinchenko - Occasionally shows his defensive rawness , as he did for a couple of Leipzig goals. 5

Rodri - another under-stated, effective display at the base of midfield - he simply enables the others to weave magic. 7

Bernardo Silva - Buzzed and bounced around the fringes of the Leipzig defence in a support role to De Bruyne. 7

Kevin De Bruyne - Pure quality from the off. His cross to force an own goal was almost magical. 9

Riyad Mahrez - Emphatic from the penalty spot but didn't give Angelino too hard a time. Earned a bawling out by Pep. 6

Ferran Torres - good runs and dropped deep to create space for others, unselfish stuff from the Spain star. 7

Jack Grealish - fabulous finish for his first Champions League goal - and he had deserved it. 8

(for Bernardo 58) helped close the game out 6