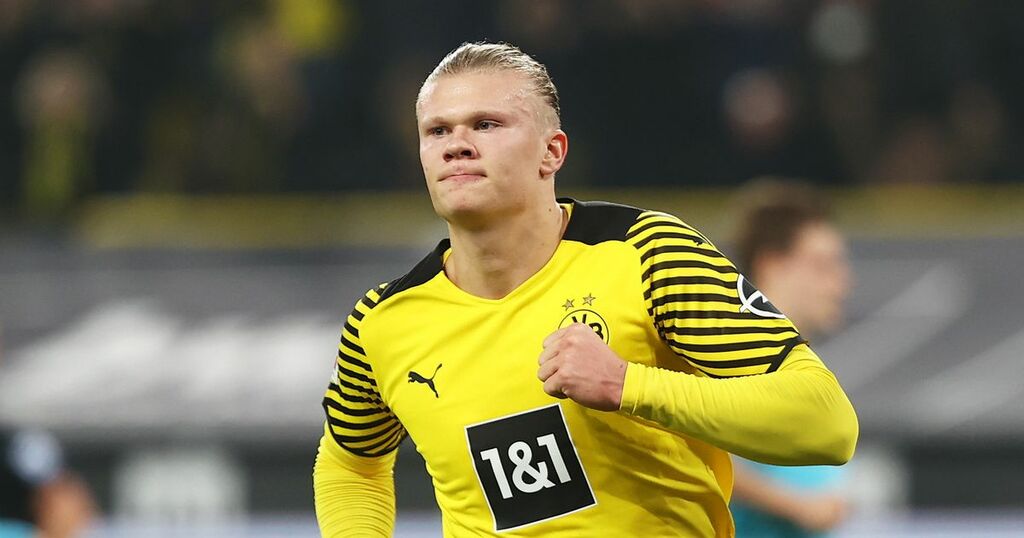 Welcome to the latest edition of the City Is Ours daily round-up, where we take a look at some of the Manchester City stories you might have missed.

As part of a bold and unprecedented move, we're going to start by providing an update on City's presumed pursuit of Erling Haaland.

The Borussia Dortmund striker is understood to be set to begin discussions with his current club over his future in the next few weeks, but City are in no mood for such talk and have identified the forward as their first-choice target.

Pep Guardiola has been keen to afford some of City's academy stars their chance in the first team this season and he's reportedly looking to add another starlet to his ranks.

And finally, having tested positive for COVID-19, Guardiola will be unable to attend his side's FA Cup clash with Swindon on Friday night, but could he be about to take inspiration from his old foe Jose Mourinho in a bid to guide his team through to the fourth round...

City have been credited with an interest in Haaland since he was in nappies (his dad was City captain at the time, to be fair), but a number of other names have also been touted as potential Sergio Aguero successors, with Fiorentina's Dusan Vlahovic regularly linked to an Etihad Stadium switch.

However, The Atheltic now report that Haaland is City's 'first-choice target' and that they will 'push hard' to ensure they win the race for the frontman's signature.

The report goes on to add that City plan to hold talks with Haaland over the coming weeks and months, yet Real Madrid's pursuit of the Dortmund man could possibly throw a spanner in the works.

Our view: Copy and paste from every single round-up we've done over the past six months.

Haaland's goal record speaks for itself but whether he can adapt his game to conform with Pep's demands remains to be seen. That being said, City should break the bank to try and sign him just to be able to laud it over cross-town rivals Manchester United if nothing else.

Voetbal Nieuws report that City have joined a whole host of Premier League clubs including Leicester and Tottenham in the race for youngster Charles De Ketelaere.

The 20-year-old has been making a name for himself in the Belgian top-flight with Club Brugge and has already notched his first senior international goal.

De Ketelaere is said to be available for around £33.5m, a price tag that's also alerted the attention of Paris Saint-Germain and Real Madrid.

Our view: As an avid watcher of the Belgian Pro League (and by that I mean I accidentally flicked onto an Anderlecht game once) this would be a great buy.

In all seriousness, given the talent at Roberto Martinez's disposal, any Belgian player with four senior international caps and a goal to his name at the age of 20 must be some talent.

There's been a lot of talk about Guardiola potentially moving on from City when his contract expires in 2023, and even if this does turn out to be the case he's clearly adamant about leaving the club with the best possible chance of thriving after his departure.

Guardiola in the laundry basket?

Remember when Mourinho hid in a laundry basket so he could give a team talk having been banned for Chelsea's game against Bayern Munich back in 2005? Well, Pep might be about to do the same.

Of course, we jest. Pep is unable to attend his side's FA Cup game against Swindon having tested positive for COVID-19, though assistant coach Rodolfo Borrell has confirmed the City boss will be able to conduct matters from home.

“Obviously, the manager is going to be connected but we've already discussed about the tactics and everything that we have to try to be doing during the game,” Borrell told the club's official website when asked about Guardiola's absence.

“During the game, it might change but I have been working with him [Pep] for seven years now and we think very alike. Again, I’ll take my decisions, but the manager is going to be connected and like any other time it’ll be between all of us."

Our view: For the sake of Mrs Guardiola we hope this is either a routine win for City or she's returned to Barcelona after Christmas.

Imagine if he just has an Anfield style meltdown in the middle of the kitchen after a poor refereeing decision and starts throwing cigars and chairs at the wall.