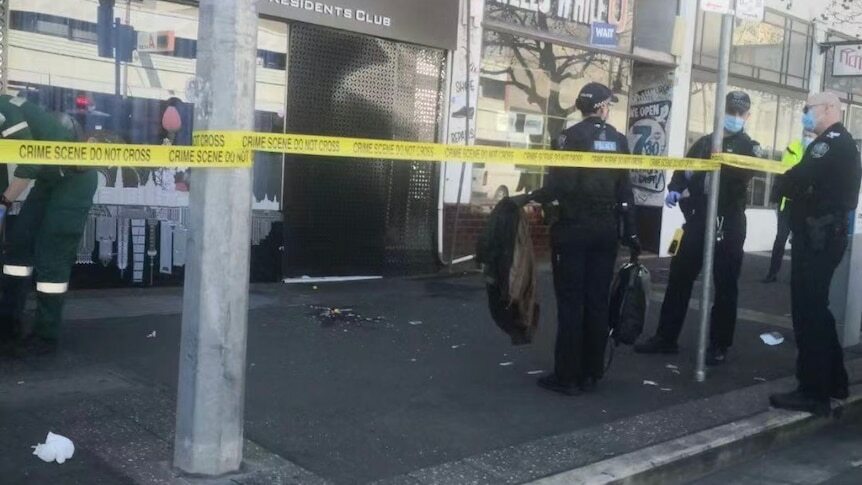 A man who allegedly assaulted an elderly man as he walked along Grote Street, in Adelaide's CBD, on Tuesday has told a court he does not know what happened.

Police allege Mr Page punched 89-year-old Francesco Candido, of West Croydon, as he walked past him on Tuesday afternoon, causing the alleged victim to fall to the ground and hit his head.

Mr Page told the court he was yet to speak to a lawyer about the charge and did not apply for bail.

"I'm not in the right head frame to talk to anyone right now," Mr Page said.

"I don't know what happened at all; I was pretty intoxicated."

Grote Street is a major thoroughfare in the centre of Adelaide.

A police prosecutor told the court a witness had seen Mr Page and the victim walking on Grote Street at the time of the incident.

"The witness stated the accused appeared very drunk and was carrying a bottle of Bundaberg Rum," the prosecutor said.

"The defendant walked up behind him then pushed his chest into the victim's back.

"The witness then heard his head crack on the pavement."

The prosecutor also told the court the witness had seen Mr Page stand over the victim and swear at him while he was on the ground.

Mr Candido was taken to the Royal Adelaide Hospital with a fractured skull and bleeding to the brain.

He remains in a critical condition.

The matter will return to court in January next year.