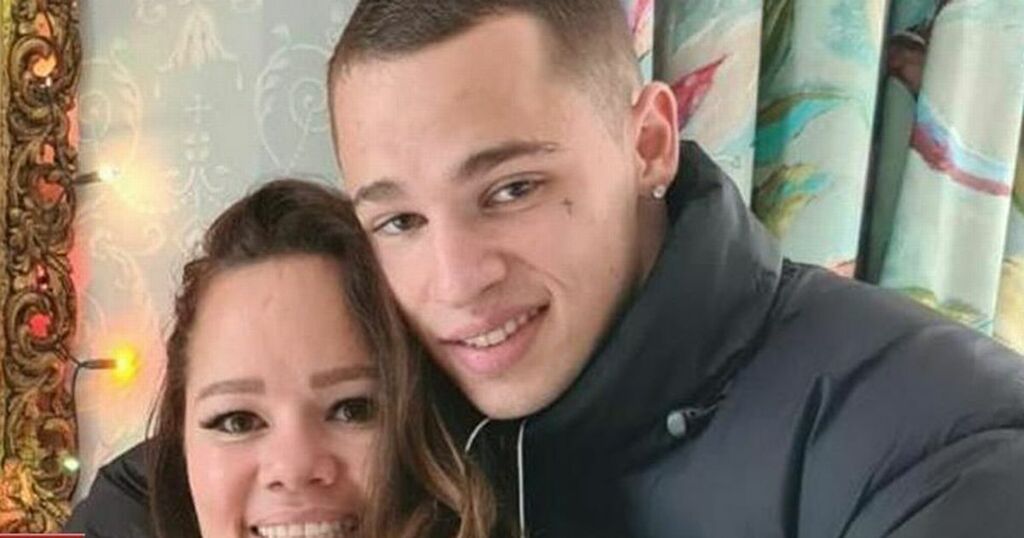 "It is about regaining that dignity and respect for yourself"

Daily Mirror
One subscription that gives you access to news from hundreds of sites
‘Being homeless felt inevitable’: after years in care, I was living in a tent. Who was to blame?

I survived care, criminality and homelessness to become an award-winning journalist – but the system I endured makes such success…

The Guardian - UK
'Never been prouder to be a Mancunian': Stars in awe at inspirational heroes honoured in Pride of Manchester Awards

An emotional night at the Pride of Manchester Awards as Guy Garvey, Mel B, Moira Stuart and stars of stage…

A homeless pensioner who spent five nights sleeping rough on Piccadilly Gardens has been told he is not eligible for housing from the council he used to work for.

The 79-year-old - who walks with two sticks due to painful arthritic gout - describes the nights he spent sleeping in Manchester city centre as ‘absolutely dreadful’. He is currently living in a B&B thanks to a local charity which is using public donations to put him up.

But when the native Manc - who has never been homeless before - presented to Manchester Council, he was told they had no duty of care as he has not been habitually resident in the UK.

The pensioner says he feels ‘betrayed’ by the local authority he was an employee of for years. “I worked for the council for four years in the 1980s, as the Lord Mayor’s attendant, a porter and security, and this is the way they treat me. I was a good employee. It feels like a betrayal of total loyalty,” he says.

Manchester Council says this man’s situation is ‘unique’ but he cannot be accommodated under housing legislation as he does not meet the criteria of being a habitual resident of the UK. He has been referred to social services and the council says it will fund his bed and breakfast accommodation while a care assessment is carried out.

The pensioner says there has been a ‘tremendous amount of effort’ put in by staff at homelessness charities, Mustard Tree and Coffee4Craig - who have been using public donations to accommodate him, have taken him to hospital and helped him appeal the decision.

“They have been unbelievable,” he says. “If it had not been for them, I think I would be dead by now."

Describing his time sleeping rough last week he says: “It was dreadful. Absolutely dreadful. Very cold. One day was just like the next. I’ve never slept out before. That was the first time. In the day I just spent time walking about. I know about the reputation of the Gardens, I have lived in Manchester all my life.

"I know about the risks and pitfalls, I’m quite streetwise. But I’ve got to say all the drinkers and drug users left me alone. Only one pair asked me who I was and I said ‘you don’t want to know’ and they left.”

The pensioner found himself on the streets after returning to Manchester from Spain, where he has lived for 13 years. After falling ill and spending three months in a Spanish hospital, he decided to return to Manchester as it is ‘home’ and life in Spain was becoming unaffordable.

He initially planned to stay with a friend but decided against it as he is ‘fiercely independent’ and ‘didn’t want to be a burden to anyone else’.

“I didn’t have any plans when I arrived back here,” he says. “I’m not blaming anyone for my circumstances. I’m not bleating about it. I made the wrong decisions at the wrong time.

Hendrix Lancaster, at Coffee 4 Craig, says the charity has spent almost £1,000 putting this man up in a B&B. The council have since said in a statement that they would pay for the accommodation.

But Mr Lancaster said: “This guy is nearly 80, up until the last few years he’s lived in Manchester.

“He was born here, brought up here and lived the majority of his life here. He’s paid his taxes in the UK, his National Insurance, and he’s never claimed benefits.

"A lot of people retired to Spain to create a better retirement. To then return to Manchester and be told ‘we’re sorry but we can’t help you’ is awful.

“He’s not Spanish - is he not Manc anymore either? I understand the legislation. But week in, week out there are individuals who fall between the gaps. When people don’t have an advocate, they are just shoved from pillar to post. It’s so frustrating.

“Every single person who comes through the door at our drop-in comes with the trauma of being on the streets and trauma of being stuck in the system. We should not have to rely on public donations to keep a 79 year old man safe.”

Manchester Council says anyone who presents as homeless must have their eligibility for assistance considered by Housing Solutions Service. In this case, the pensioner was found not to be eligible and a referral was made to Adult Social Care.

Manchester Council’s Homeless Directorate does not have a duty of care to someone that is homeless who is ineligible for a service, they say. Decisions can be appealed within 21 days.

Councillor Luthfur Rahman, deputy leader of Manchester City Council said: "We appreciate that this is a very difficult time for [this man], who has had to leave his home in Spain where he had lived for a number of years, to return to the UK and is now faced with the difficult challenge of finding somewhere to live while in poor health.

“This is a unique situation, and we will be doing all that we can to help him. Unfortunately, we cannot accommodate him under housing legislation because he does not meet the criteria of being a habitual resident of the UK at present, but he has been referred to Adult Social Care who are urgently arranging a Care Act assessment of his needs this week.

“We will also be exploring accommodation options for him, and we will be funding his bed and breakfast accommodation while this assessment is carried out."

"It is about regaining that dignity and respect for yourself"

Daily Mirror
One subscription that gives you access to news from hundreds of sites
‘Being homeless felt inevitable’: after years in care, I was living in a tent. Who was to blame?

I survived care, criminality and homelessness to become an award-winning journalist – but the system I endured makes such success…

The Guardian - UK
'Never been prouder to be a Mancunian': Stars in awe at inspirational heroes honoured in Pride of Manchester Awards

An emotional night at the Pride of Manchester Awards as Guy Garvey, Mel B, Moira Stuart and stars of stage…