Malaysian Prime Minister Muhyiddin Yassin defied on Wednesday mounting pressure to quit, saying he retained majority support among lawmakers and would prove it when the southeast Asian nation's parliament reconvened next month.

The biggest bloc in Muhyiddin's ruling alliance, the United Malays National Organisation (UMNO), is split on its support for the prime minister, who has governed with a razor-thin majority in an unstable coalition since coming to power in March 2020.

In a televised speech, Muhyiddin said King Al-Sultan Abdullah agreed that he should stay in power until the confidence vote, even though some members of his coalition had withdrawn support.

In defiant remarks on national television, Muhyiddin said there was no question of his resigning as he held a majority.

"I am aware that my position as prime minister continues to be questioned," said Muhyiddin, who was flanked by nine lawmakers, including the deputy prime minister and UMNO politician Ismail Sabri Yaakob.

"Hence, I have informed the king that I will determine my legitimacy as prime minister in parliament."

The influential monarch had helped Muhyiddin retain his precarious hold on power, in order to avoid political chaos as Malaysia battled surging COVID-19 infections and an economic downturn stemming from lockdowns.

Pressure erupted again last week for Muhyiddin to quit, however, after the king issued a rare rebuke of a government move to revoke emergency laws without his approval, an act the palace said ran counter to the constitution.

UMNO said Muhyiddin had lost legitimacy after the rebuke and that some of its lawmakers had written to the king withdrawing their support.

Opposition lawmakers called for Muhyiddin to hold the vote immediately, however, saying it was "unreasonable" to delay the process.

In the wake of Muhyiddin's comments, the Kuala Lumpur Stock Exchange recouped some of its earlier losses over the political uncertainty.

Muhyiddin said the political turmoil was triggered by "certain parties" whose demands he had refused to meet, including freeing individuals facing corruption charges.

"This includes the push for me to interfere with court matters to free a few individuals who are being prosecuted for criminal offences," Muhyiddin said, though he did not name them.

Najib was convicted last year and sentenced to 12 years in jail in a case linked to a multi-billion-dollar scandal centred on state fund 1MDB. He has denied wrongdoing and has appealed.

Ahmad Zahid is also in the middle of a graft trial.

Both were among those who withdrew support for Muhyiddin this week.

Last year, Muhyiddin was picked by the king to form a government along with UMNO and other parties that had been defeated in a 2018 election. But he has constantly been challenged by some UMNO lawmakers.

Multi-ethnic Malaysia is a constitutional monarchy and the king's role is rotated among its nine sultans, or traditional Malay rulers.

(Writing by A. Ananthalakshmi;Editing by Clarence Fernandez) 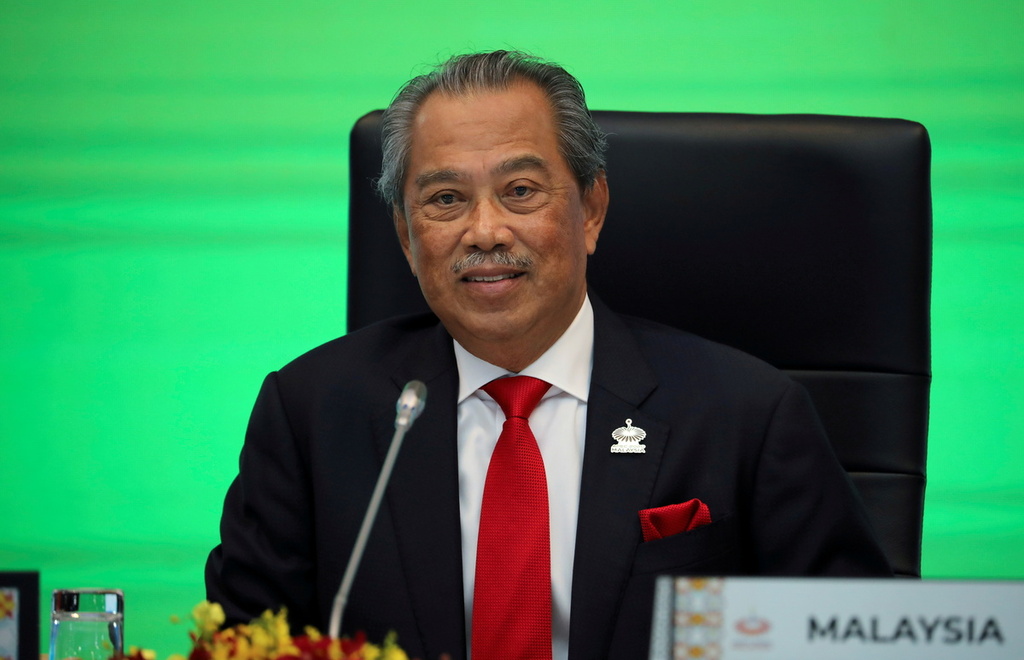 Reuters
One subscription that gives you access to news from hundreds of sites
Malaysia's embattled PM tries to appease king, allies up pressure

Malaysian Prime Minister Muhyiddin Yassin agreed on Tuesday to consider debating emergency laws in parliament, easing a standoff with the…